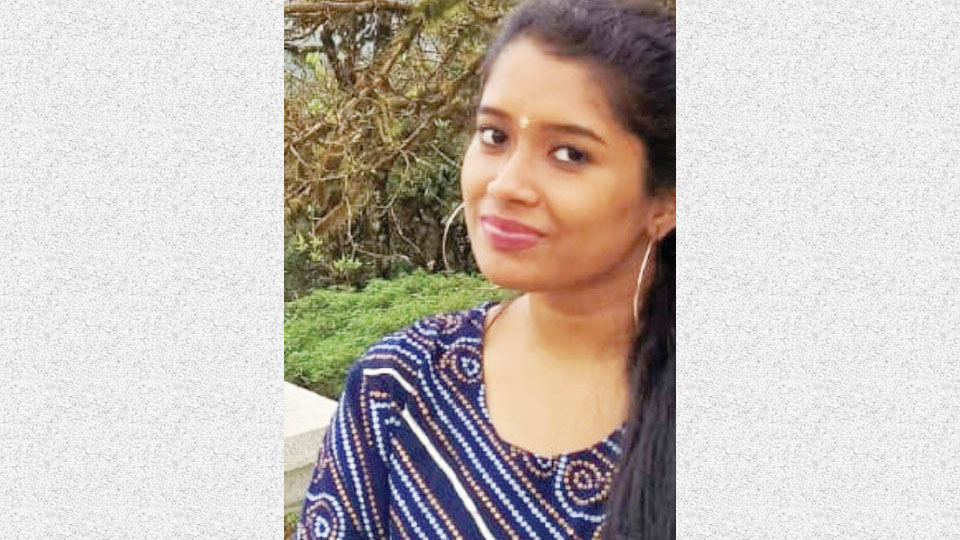 Madikeri: A Mumbai-based professional died of a suspected gas leak from a gas geyser at a home stay in Madikeri late last night. She had ventured into a small bathroom of the accommodation facility that had only minimum ventilation, the Police said.

Soon after the incident, the Kodagu Home Stay Association clarified that the home stay where the tragic incident occurred was illegal and no permission was sought from the District Administration. The home stay owner lives abroad, the Association stated.

The victim has been identified as Vigneshwari Eshwaran and was among the five-member group who had come to Kodagu on a trip. The group had booked a home stay near Madikeri Dairy Farm.

Vigneshwari is the daughter of Eshwaran who works at Jindal Steel Company at Ballari and the family is settled at Toranagallu near Ballari. She had completed her MBA and was working for a Mumbai-based company. Due to COVID, the company had permitted her to work from home.

Vigneshwari and her four friends from Bengaluru had come to Madikeri on Saturday and were staying at the home stay located near the Dairy Farm (Madikeri Fire Brigade) and as per their schedule, the team was to leave for Mandalapatti today morning.

Last night at around 9 pm, Vigneshwari wanted to take a bath and as per the instructions from the home stay staff, she switched on the gas geyser for half-an-hour. She later ventured into the bathroom and was suffocated due to a suspected gas leakage. As the narrow bathroom only had minimum ventilation, there was no way that the gas could escape.

As Vigneshwari did not come out of the bathroom even at 9.45 pm, her friends went to check on her and found her collapsed on the floor. She was rushed to a private hospital but was declared brought dead.

The parents have arrived from Ballari and a case has been registered at Madikeri Town Police Station. Doctors are conducting a post-mortem and further details are awaited. President of Kodagu Home Stay Association B.G. Ananthashayana has stated that the home stay where the incident has occurred was illegal and has to be closed. “The owner of this particular home stay lives abroad and his men run the facility locally. We had requested the Kodagu District Administration and the Tourism Department many times in the past to shut down many such illegal home stays but no action has been taken so far and as such unauthorised business thrives,” he added.