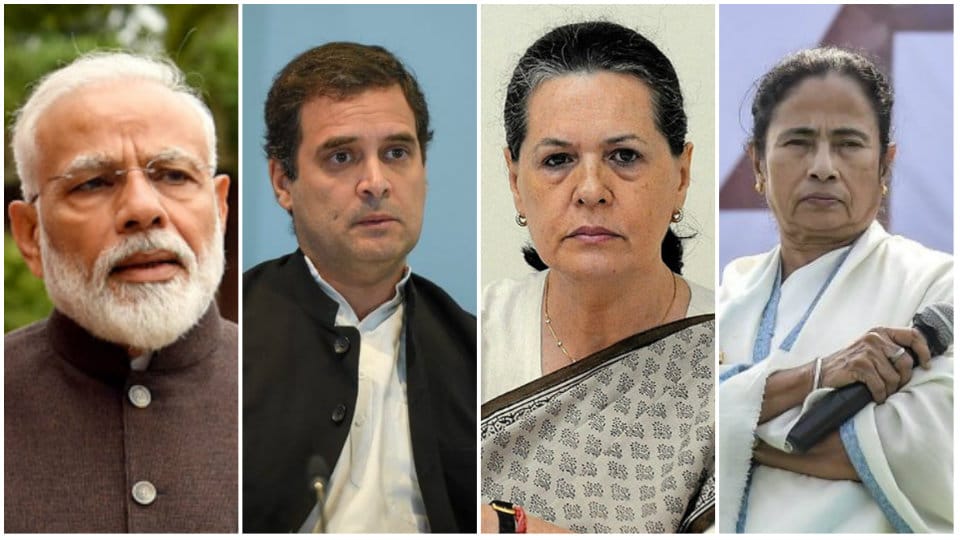 Prime Minister Narendra Modi’s sage advice to all new MPs while addressing the Press yesterday:  “With the new MPs comes new hopes, new aspirations and new determination to serve. When we come to the Parliament we should forget Paksha (Ruling Party) and Vipaksha (Opposition Party). We should think about Nishpaksh spirit (objective neutrality).”

The first Parliament session of the 17th Lok Sabha began yesterday, Monday morning. This Parliament session will last till 6th of July 2019 and a number of ordinances are lined up to be passed as Bills during this session. The most important among them are the Triple Talaq Bill, Women’s Reservation Bill and Uniform Civil Code.

Prime Minister Narendra Modi chaired an All Party Meeting last Sunday and also the BJP Parliamentary Party with the NDA allies. His common refrain in these meetings was that his Government will facilitate and also support legislations that is in the interest of the country and which carries the spirit of Sabka Saath, Sabka Vikas, Sabka Vishwas [Together we strive for everybody’s growth with everybody’s trust].

While Sabka Vikas with Sabka Saath is possible, I doubt whether it is possible to gain everybody’s Vishwas in some of the contentious issues, which have been pending since more than 15 years, both under UPA and NDA. Today Modi has invited Presidents of all political parties who have MPs in Parliament for a meeting to discuss BJP’s pet idea of ‘One Nation One Poll.’ Modi had tried to push it in his earlier term but did not find enthusiasm among the regional parties specially. I guess with the kind of majority BJP has in NDA coupled with the presence of a substantial number of youngsters and first- timers, his idea of ‘One Nation, One Poll’ might become a reality. If this happens, it will definitely further strengthen the unity and integrity of the country which seemed a bit shaky in the past 5 years of Modi’s rule and specially during the period of April-May 2019 election campaign.

While some States with Chief Ministers of regional parties spoke of autonomy, some spoke of the need for the Centre to respect the Federal character of our Constitution. The leaders of the Mahagathbandhan were all set to prevent Modi from becoming the Prime Minister again with the bogey of an imminent danger to Indian Democracy and its Federal structure.

On Wednesday, the 19th, that is tomorrow, Prime Minister Modi would meet the Heads of all Parties in the Parliament to discuss the concept uppermost in Modi’s mind and in the minds of the right thinking people about the Nation’s future, as also the Nationalists  — The One Nation One Election.

Yesterday, ahead of the session, senior-most member of BJP, an MP, Virendra Kumar was administered oath as Pro-tem Speaker of the 17th Lok Sabha at the Rashtrapati Bhavan by President Ram Nath Kovind.

Prime Minister Modi was the first among MPs to take oath in Lok Sabha and significantly Amit Shah took oath later. This time, Sonia Gandhi, Chairperson of the Congress-led United Progressive Alliance (UPA) seems to have been deprived of importance given to her in 2014 while taking oath. In 2014, the Lok Sabha Secretariat had made an exception for the former Congress President Sonia Gandhi and BJP patriarch L.K. Advani, who had taken oath right after the Ministers, in deference to their seniority. Of course, this time, Advani is not a Member of Parliament as he has not contested the election, but Sonia Gandhi is. But whatever the reason, this time her seniority was not considered by the LS Secretariat to make an exception like in 2014. As a result, she will take oath along with other law-makers from Uttar Pradesh. It seems that in 2014 an exception was made to Sonia because otherwise exception made to Advani would have seemed partial. However, this time not showing the same consideration (to seniority) to Sonia is unfair and shows the Lok Sabha Secretariat in poor light as mean. Let it be.

Roman General, Pompey has rightly said, “Men worship sun rising, not sun setting.” Did you get me Steve?

Be that as it may, I am just wondering what could be the feeling of not so much the members of the Mahagathbandhan, but those members of the Lutyens’ Club and Khan Market Gang. As for me, I specifically remember Karan Thapar anchoring a panel discussion in his UpFront TV Show just 10 days before the voting ended. His opening words seemed almost weird, a dark prophecy, of events to unfold when he said, “there are signs that suggest the BJP is showing nervousness while the Opposition seems to be gaining in confidence.”

His guests that evening were BJP’s Spokesperson Vivek Reddy, Sanjay Jha from Congress, Chandan Mitra of TMC, journalist Nalini Singh and Ashutosh, former Spokesperson for Aam Aadmi Party. His first question was to Nalini Singh with a preface of negativity for the BJP. Karan Thapar recalls BJP’s Ram Madhav, the Minister, accepting, that “the BJP may not get the majority on its own.” Now the question: “In  your eyes, could these possibly be the signs that the BJP is a little nervous about the outcome on the 23rd?” Nalini Singh rattles off with her own kind of jumbled narrative bringing in Modi’s meeting with Naveen Patnaik holding the latter’s hand for 59 seconds (apparently she must have got someone to clock the time) etc. Crap.

The inference is that Modi was indeed nervous about winning the elections. Another point she answered was about Rajiv Gandhi being called ‘Brashtachari No. 1’ by Modi which according to her was also “a window into his desperation.” The whole interview was carried forward with the refrain that BJP was not going to win.

These anti-Modi, anti- BJP foot soldiers of the Congress-led UPA and those media mercenaries working for them, must now be licking their wounds and biding their time to launch an assault on Modi and his Government like they did in 2014. But these pall-bearers of UPA and of Mahagathbandhan should remember that Mamata Banerjee’s “Expiry Babu” Modi is full of potency to last for the next five years.