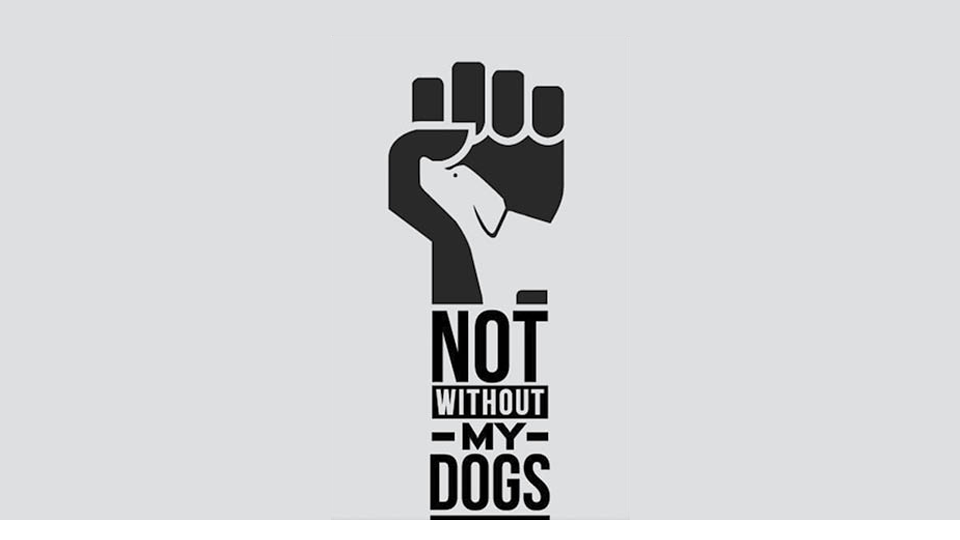 Musings on Dogs and Men!

Being neither a dog-lover nor a dog-hater, little did I think that I would be writing about dogs and men today. But that was only until I read in yesterday’s SOM that our City Corporation is seriously planning to regulate dog ownership within the limits of Namma Mysuru. The inspiration for this abrupt and rather quirky decision seems to have come from a similar announcement made by the BBMP in Bengaluru very recently.

Yes, how can authorities in Mysuru not have the authority which their counterparts in Bengaluru have? Would it not amount to unfairness and painful inequality? The report says that the number of pet dogs will be restricted to one per family if you happen to be an apartment dweller and three per family if you happen to be dwelling in a house with a compound of your own. This rule has naturally ruffled the feathers or more appropriately the fur of dog owners and it is already being countered tooth and nail by dog owners in Bengaluru, especially by a group under the name “Not without my Dogs.”

I presume their resolve matches their very impressive logo! They ask how the civic body can step in to restrict the number of dogs they can keep if the society bylaws of the building they reside in do not have any such restrictions. Yes, they have a valid point because at the time of buying or hiring an apartment or a house they would have considered the presence or absence of this restriction before parting with their money and moving in with the intentions of dwelling there in peace and comfort for a period of their choice and convenience.

Although there are likely to be very few people who own more than three dogs there are some families who love dogs so much that they rescue and adopt strays out of pure compassion and give them good care and a cozy home at great cost. My family is one among them. We were forced to become dog owners when one cold December night a tiny female puppy, probably separated from its mother, decided to take shelter under our car parked in the portico and simply refused to go away despite our best efforts to convince it that we did not have the reciprocal love that it had for us! And so as the saying that ‘love begets love’ goes, over a period of time that seemed amazingly short, it managed to get more than its share of love from all of us! Probably blessed with more than its normal share of fecundity, it has presented us with four pups which we did not have the hearts to throw out!

Now if we are to be bound by the impending canine regulations what will happen to such adopted dogs? Can their owners find willing homes for all of them in their neighbourhoods or circle of friends? Can our City Corporation do this job effectively? I think not. It is said that this body is also thinking of making licensing of all pet dogs mandatory with even the implantation of a smart chip into each one of them that gives them an identity and proof of ownership. All at extra cost to the owners, of course.

I wonder if it will even go a little further and profile their DNA too so that they can easily decide which dog bit whom by sampling the saliva retrieved from dog-bite victims! This question comes to my mind because the authorities say that they have been prompted to think like how they are thinking now to prevent dogs from mauling people like how a pet dog recently mauled a child of the very same family that owned it in our city. I simply fail to understand how these outlandish regulating and documenting steps can prevent such incidents.

Can an animal be made to understand that since it has now been honoured with a licence and an identity it should now also acquire the civility and decorum that is often missing in many humans? Sounds pretty preposterous and laughable! Doesn’t it? Unprovoked pet dogs usually do not attack members of families that own them unless they feel greatly threatened by them. Or there is also the possibility that the dog was a new acquisition and it was therefore not yet very comfortable with its new owners.

Pets, especially if they are already grown up when they are adopted, take a little longer to become affectionate and completely harmless. I feel that instead of harassing dog-lovers and pet owners with ridiculous rules and money-making gimmicks, the City Corporation should first wash its own stables clean and show some action in controlling the population of stray dogs which is not showing any signs that it is being contained. All that the Corporation authorities say that they are doing in this direction seems to be completely false and even fabricated because we find that stray and unvaccinated dogs that are the real threat to citizens’ safety are continuing to haunt every locality of our city since years. They are the ones who attack people without provocation and disturb the tranquillity of the nights by their territorial fights and constant howling.

I can provide photographic evidence of at least ten such dogs that laze around my home round-the-clock and growl menacingly when I approach my car under which they seek refuge from the sun and rain. It is not clear if all the provisions of the BBMP version of the ‘Canine Canon’ will become a part of its counterpart here too but they make very interesting reading.

Owners of pet dogs will henceforth be obliged to carry plastic bags and pick up the poop in them for proper disposal failing which they are liable for harsh penalties. It does not matter if shameless men themselves disgustingly pee against people’s walls all along our roads and streets as they have been doing for years as long as their dogs do not do it! Or will the Corporation also soon make it mandatory for such shameless souls to take the trouble of carrying a few polythene pouches and rubber bands to carefully collect their own effluents and transport them back to their homes?

And incidentally, what does the Corporation propose to call its new dog licence? Considering how faithful the dog has been to man over the years, how about calling it the ‘WAFADAAR CARD’? Do think about it!