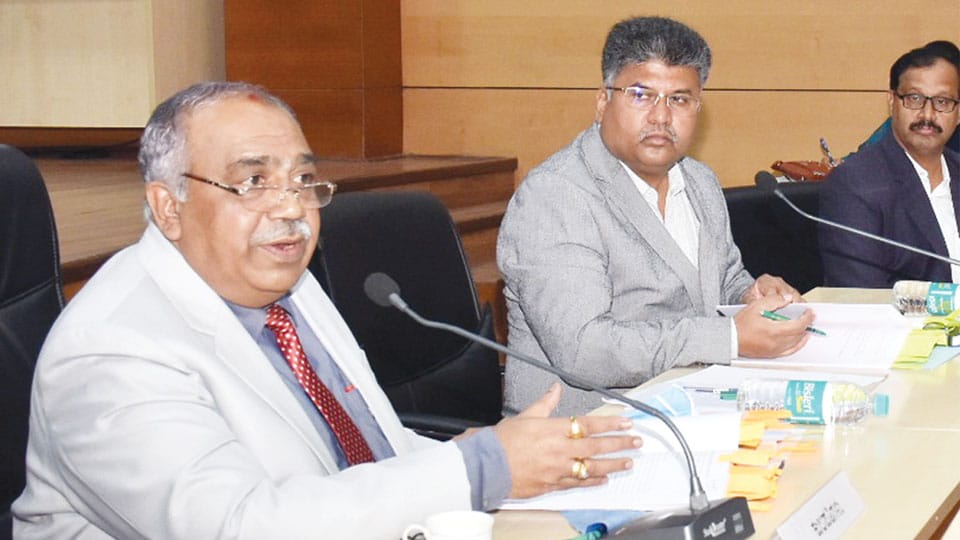 Mysore/Mysuru: University of Mysore (UoM) Vice-Chancellor Prof. G. Hemantha Kumar said that the University will appeal to the State Government to give permission for continuing the existing Distance Education courses run by it.

Presiding over the University’s Academic Council meeting at Vijnana Bhavan in Manasagangothri yesterday, Prof. Hemantha Kumar said that the State Government has directed the UoM to stop fresh admission for Distance Education courses and to complete the academic curriculum of only the students who are currently enrolled for such courses.

“Kuvempu University has already appealed the State Government to reconsider its order. We too will explain our same stance to the Government,” he said.

Pointing out that UoM will bring to the notice of the Government that it is not running courses other than those authorised by the UGC, he said that if the Government does not allow continuance of Distance Education courses, then the University’s Directorate of Correspondence Education will  think of converting all  its courses  into online courses.

Online courses to be re-started

Noting that UoM stands 27th in the National Institutional Ranking Framework (NIRF), he said the UGC has said that such Universities which are ranked within 100, need not have to take its permission for offering online classes.

The other major decisions taken at the Council meeting included sending a proposal to the Government for seeking re-introduction of M.Phil courses with some changes in rules, reduction of MCA course duration from the existing 3 years to 2 years with introduction of new syllabus, setting up of an Endowment Lecture Series in the name of Prof. Y.S. Siddegowda in Social Work Department, extension of autonomous status to nine Colleges for a period of one more academic year and granting of autonomy for one more College.

The Academic Council also decided to hold separate exams in inevitable circumstances for students who are part of NCC, NSS and sporting activities and to fill up teaching posts in the University through Karnataka Examination Authority (KEA).

Registrar Prof. R. Shivappa and members of the Academic Council attended the meeting.