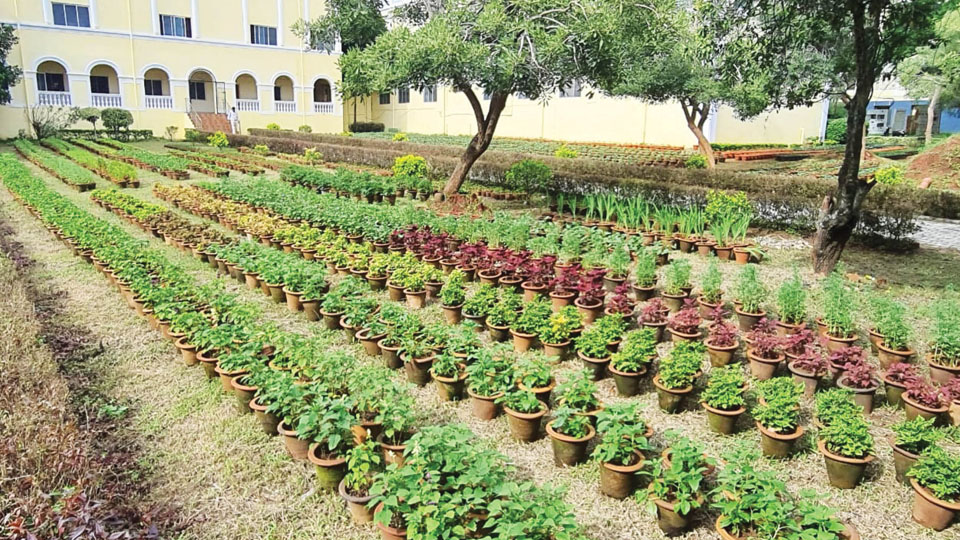 UoM is gearing up to conduct the annual show being held after a gap of two years. This time, the UoM authorities have identified lush green surroundings for the Flower Show. Apart from the usual Crawford Hall, the show will also be held on Manasa-gangothri Campus and Kukkara-halli Lake premises that come under the control of the University.

Apart from the regular flowering plants, there will be a display of more than 10,000 flower plants, fruiting saplings, vegetable and ornamental plants in the show. By organising the show at Kuvempu Vana of Kukkarahalli Lake, the University is conveying a message of green surroundings and freshwater conservation.

While 6,000 flowering plants will be displayed at Kuvempu Vana, 4,000 flowering and fruit-bearing plants will be displayed at Crawford Hall and in Gangothri campus. “Apart from displaying flowers including rare varieties, efforts will be made to explain the plant varieties and create awareness about them,” A.K. Mujawar, Assistant Director of University of Mysore Horticulture Department told Star of Mysore.

There will be over 20 to 30 varieties of flowering plants and all the plants meant for the flower show are being specially cared for and many hybrids varieties have been procured from Pune. Flower Show will be inaugurated on the day of Dasara inauguration and will be opened by University Vice-Chancellor Prof. G. Hemantha Kumar.

The show will go on till Oct. 5 and there will be no entry fee. Students, public, morning and evening walkers can take a look at the displays, Mujawar said. Notably, while the main flower show inside the campus will be organised by the University Horticulture Department, all the 38 Department of Studies will participate in the show at their respective locations.

“All Departments will be supplied flowering plants and the cleaning process of the venues has already begun,” he added.