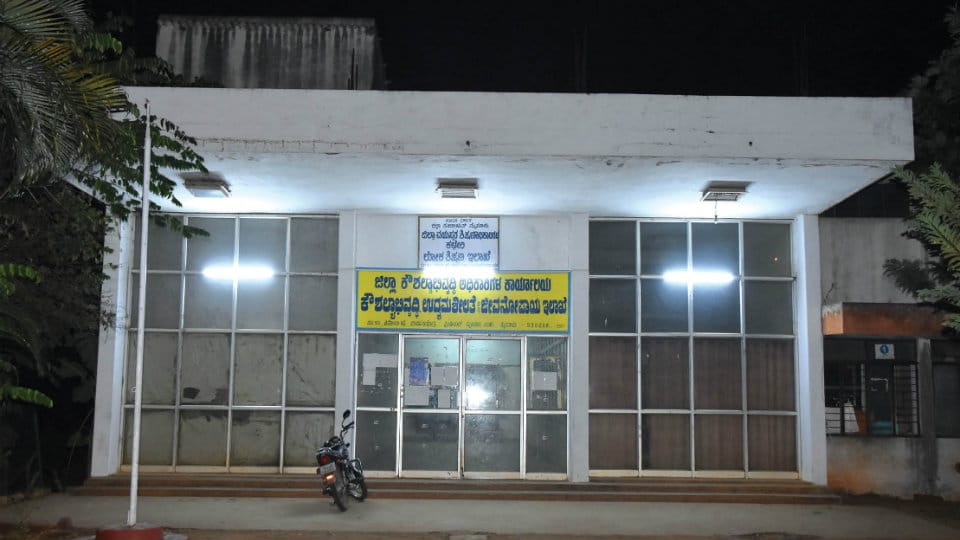 Approval of Union HRD Ministry to be sought to start the Centre: Minister C.T. Ravi

Bengaluru: The Centre of Excellence for Studies in Classical Kannada (CESCK), set up for research, documentation and study of Kannada as a classical language at the Central Institute of Indian Languages (CIIL), Hunsur Road, Mysuru, will soon function from University of Mysore campus. CESCK will study Kannada’s antiquity and classical legacy.

Land has been identified to house the CESCK within the campus of University of Mysore and the State Government will seek the approval of Union Human Resources Development (HRD) Ministry within the next 10 days for the Centre to function, said Minister for Kannada and Culture C.T. Ravi.

He said that University of Mysore has agreed to provide 3.50 acres of land inside Manasagangothri for CESCK on Hunsur Road near the Adult Education Council and Taluk Office. The land approval documents will be sent to the HRD Ministry for approval. Once the approval comes in, CESCK Governing Council will be constituted giving a green signal for the Classica Centre to begin functioning,  he added.

The Centre will function with an autonomous status and the status will help in availing funds and hasten research projects.

CESCK was founded for research, documentation, propagation and teaching of Kannada and providing linkages to studies in other classical languages in the world.

The Kannada Classical Language Centre was the second centre to be established at CIIL after the Tamil Centre. CIIL promotes, propagates and preserves the classical language inside and outside of its speech territories, undertakes and encourages research and documentation in India and abroad, makes documentaries on scholars of eminence who are well-versed in classical texts and explores linkages of classical language with classical music and dance forms. It also translates classical texts into other Indian languages, English and selected European languages.