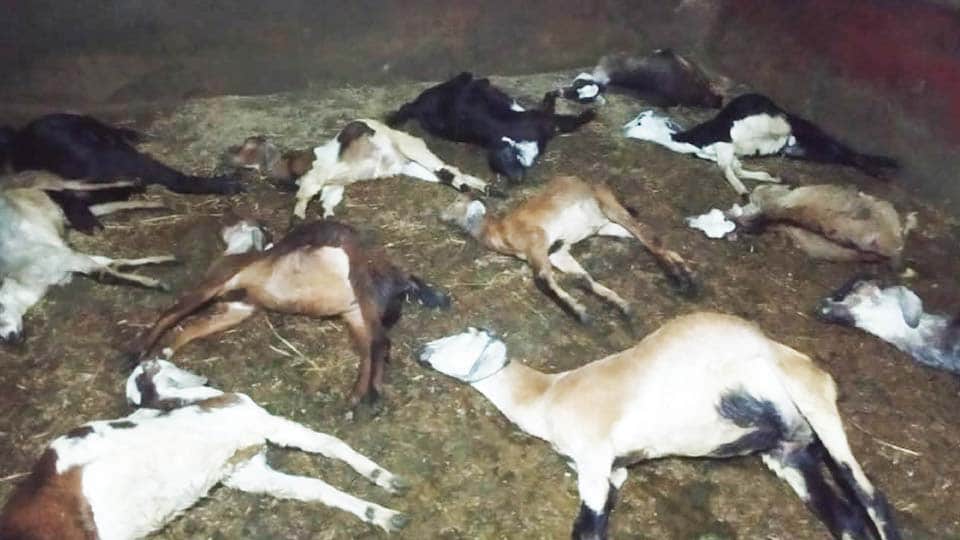 Srirangapatna: In a shocking incident, 16 goats were found dead under mysterious circumstances at Palahalli village near Srirangapatna taluk.

The goats belonged to a farmer named Srinivas, a resident of the same village. Srinivas had a total of 50 goats. After grazing them, he had housed the goats in the shed last night.

When he went to the shed this morning as usual, he was shocked to find 16 goats lying dead. Immediately, he informed the Veterinary Doctors Rameeth and Shivalingaiah, who visited the spot and examined the goats.

It is suspected that the goats might have consumed poisonous food mixed with pesticides or poisonous plants.

Samples of fodder have been sent to the Lab. The exact reason for the deaths of 16 goats will be known after the report comes out.