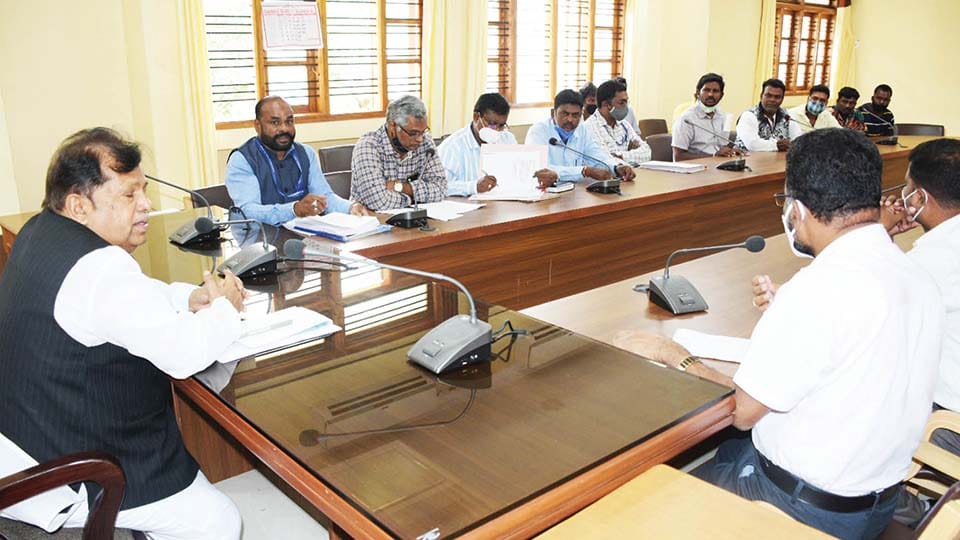 During the course of the meeting, Pourakarmika leaders demanded houses for Pourakarmikas who could not get houses in the Housing Colony built by the Slum Clearance Board near  Mandakalli. Maintaining that hundreds of Pourakarmikas were living in crunched slums of D. Devaraj Urs Colony, they claimed that several representations made to the authorities in this regard have proved futile.

Replying to the demand of Pourakarmika leaders, Shivanna asked the Slum Clearance Board officials to prepare a list of homeless Pourakarmikas living in D. Devaraj Urs Colony, which will be forwarded to Housing Minister V. Somanna. He further said that the matter will also be discussed with MLA S.A. Ramdas.