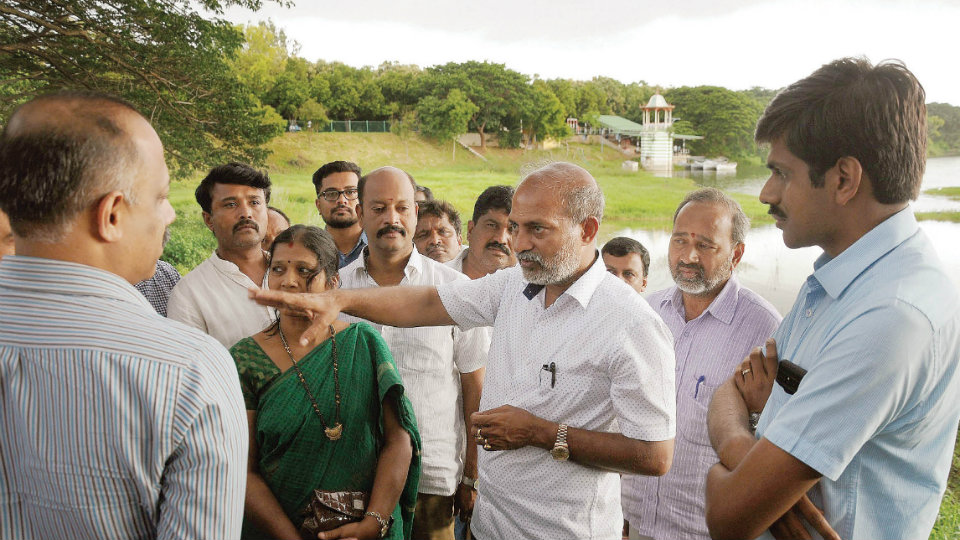 Mysuru among 20 places to be developed as tourist hubs

Mysuru:  A mega and ambitious action plan to develop 20 tourist destinations in the State including Mysuru with a budget of Rs. 3,000 crore is being prepared by the Tourism Department. A meeting of the Department has been organised on June 25 that will be chaired by CM H.D. Kumaraswamy and the action plan will be presented at the meeting.

This was disclosed by Minister of Tourism and Sericulture S.R. Mahesh at a meeting of Tourism Department officials, Hotel owners, Travel Associations and Tourist Guides at Zilla Panchayat auditorium yesterday.

On an average, over 30 to 40 lakh tourists visit Mysuru every year and projects must be planned to increase the tourist flow so that the local economy grows. “Among the plans that can be materialised are a permanent exhibition at Dasara Exhibition Grounds, make the Kukkarahalli Lake attractive in an eco-friendly manner. Some of the proposals to Mysuru have already been conveyed to the Chief Minister and the issues will be discussed threadbare at the June 25 meeting,” he said.

Addressing the meeting, MLC Sandesh Nagaraj said that as S.R. Mahesh hails from Mysuru region he will be doing justice for the region and he has knowledge about the potential tourism places. He underlined the need of constructing modern toilets outside the Mysore Palace.

ZOO PARKING: He said that though the government has declared 400 metres around the Mysuru Zoo as no parking zone, the rule is not being followed either by vehicles or the authorities who are supposed to implement the rule. He urged the Minister to direct the authorities to ensure parking in the Dasara Exhibition Grounds.

TOURIST VEHICLE TAX: Sandesh Nagaraj urged the Minister to reduce entry tax for tourist vehicles from other States instead of confining it for Dasara. This will go a long way in attracting tourists and extending their stay in Mysuru.

Other speakers said that Mysuru has become a transit point for Ooty and Kodagu with very few opting to stay in city. Unnecessary harassment of tourist vehicles by the Traffic Police in the name of checking should be stopped as it is affecting tourism promotion in neighbouring States.

Another key issue that was raised before the Minister was giving a new life to Brindavan Gardens, which they said was in a shambles, with nothing of interest to tourists. Tourists visit the place in hordes and except for the musical fountain where there is heavy rush, there is nothing for them to enjoy and make the best use of their time, speakers said. 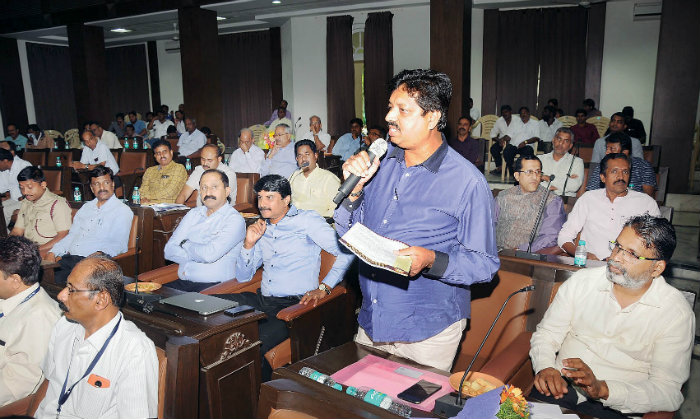 In his presentation, Mysuru Travels Association President B.S. Prashanth advocated aggressive marketing of Mysuru tourism in international travel festivals for doubling the number of foreign visitors. He said Mysuru has a big scope for being promoted as a wellness hub and urged for aggressive social media campaigns by the Tourism Department for doubling  the footfalls.

Chamaraja MLA L. Nagendra said that unfinished works of Devaraja Market, Lansdowne Building and Town Hall are a blot on Mysuru city. He suggested the government to utilise the space in front of the Lalitha Mahal Palace Hotel to build a beautiful garden so that it becomes an added tourist attraction.

He sought a permanent solution to the parking problem in the city’s Central Business District and a master plan for developing Kukkarahalli Lake. Among other suggestions raised at the meeting was the illumination of Mysore Palace, focus lights on heritage buildings.