Home » Columns » Abracadabra By K. B. Ganapathy » Mysuru calling, why are you not going? 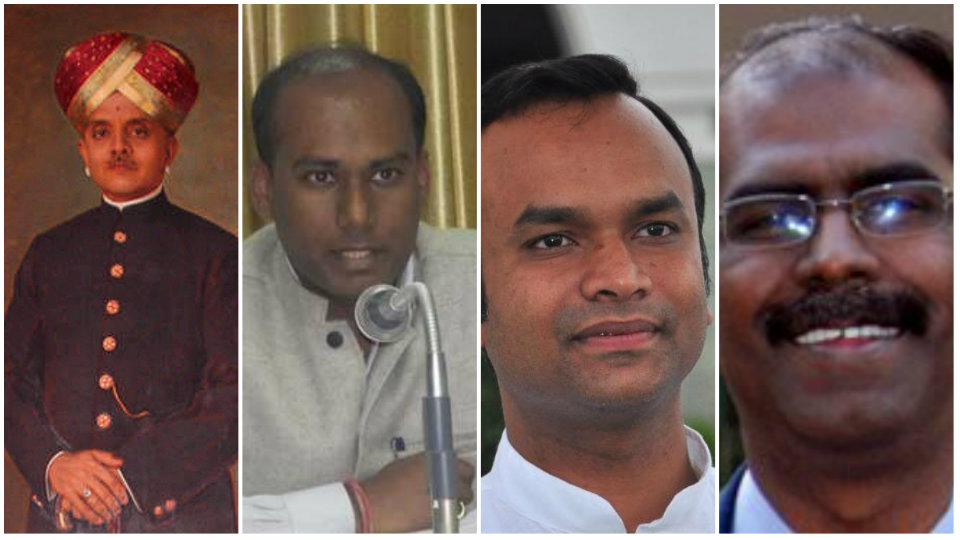 Mysuru calling, why are you not going?

Last Tuesday the Deputy Commissioner D. Randeep invited about 30 persons, each with some knowledge of or connection to tourism, for a friendly, informal discussion and to receive suggestions to improve tourism in Mysuru city and district. In a way, it was like reinventing the wheel; rediscovering Mysuru as a tourist destination. I was also one of the invitees so also the Tourism Department Deputy  Director Janardhan.

In his prologue, the Deputy Commissioner said that it was a ‘stakeholders’ meeting on tourism called to take a re-look into the areas where the District Administration can play the role purposefully to attract tourists to city throughout the year and also make them stay for a night or two (which will obviously benefit hoteliers no doubt).

The report about what he said about the present status of tourist presence in city, its potential and economic benefits etc., has already appeared in newspapers and I shall not inflict a repetition here. However, I must appreciate his realisation for a greater co-operation and co-ordination among different Government Departments. I had suggested this to a couple of earlier DCs whenever I got the opportunity but to no use, understandably. It was only the then DC P. Manivannan, a workaholic with mercurial reaction to problems and issues, who put in place quick-fix solutions. About one example of this later.

I was hopeful of Randeep taking the issues discussed in the meeting forward because he had diagnosed the main problem impeding the growth of tourism in city — absence of co-ordination among different Government Departments. The Tourism Department, the DC’s office, the Mysuru City Corporation, the Forest Department, the Archaeology Department, the PWD, the Electricity Department, the State Transport Department (KSRTC), the RTO, the KSTDC-run hotels and the Police should together form this Co-ordination Committee. There may be some more Departments that may have to do with one or the other aspect of tourism. All these Departments, represented by either the heads or designated officers, must periodically meet under the aegis of the DC or the Tourism Department to work in tandem, to complement each other’s responsibility to avoid working at cross-purposes.

If such meetings are held then, for example, the foolish idea of planting trees along the road going to Chamundi temple thereby further restricting the drivable area of the road and also the visibility on a road with many curves and bends, could be avoided. How? The RTO and the PWD members in the meeting would veto such foolish idea in the name of ‘social forestry’.  The presence of PWD officer would help in maintaining  the number of  View Points along the route provided by the Maharaja’s engineers and abandoned by our present day engineers, while Forest Department would top the trees and trim the thick vegetation in the View Points to provide the tourists a clear view of the panoramic view of the city and the fields both at night and day. In many tourist spots in city there is no proper lighting and the Electricity Department may be asked to attend to the request.

In this way, the Tourism Co-ordination Committee of Government Departments can go a long way in upgrading the facilities and making the city tourist-friendly. Tourists come to city not to enjoy the stay in hotels, though they may need the comfort, but to see the tourist destinations — the monuments — both live and dead; to participate in fun, sports or adventure activities, visit museums or buildings of architectural wonder; to see what is unique to a place with geographical identity — handicrafts, performing arts, food, fruits, spices, well, even sex. Let it be.

READ ALSO  L.K. Advani: Was he cheated by Destiny?

As for Mysuru, this city has always been a natural tourist destination since the beginning of the 20th century. Thanks primarily to Maharaja Krishnaraja Wadiyar IV — in truth it was during his reign (1894-1940) that Mysuru became a tourist paradise, nonpareil, in those days and even today, no matter other destinations were there. The iconic Mysore Palace itself was the magnet. The royal aura that surrounds the city enchants anyone who comes here. It is this King who, apart from the Palace itself and the annual jamboree of Dasara, gave the city its Palaces, parks, the Zoo, the KRS Dam and the once renowned Brindavan Gardens and more…

When I was young my memory was of peeking into a magic lantern in front of the St. Philomena’s Church, a must for any tourist, mounted on a tripod and the man crooning in Kannada a salacious song that went like this when rendered into english: See the King of Mysuru, his queen, the prostitute of Hubli, the Kannambadi Dam (KRS) etc. But the main tourist destinations, as I remember, could be named and numbered — 1) Mysore Palace 2) Jaganmohan Palace Art Gallery 3) Mysore Zoo 4) The Chamundi Hill Temple 5) KRS Dam and the Brindavan Gardens and 6) St. Philomena’s Church.

If there is any new tourist attraction in city other than I have mentioned please let me know. The government should be a facilitator to all those who work to attract tourists to city in their own given business or creative interest — the tourist agencies, tour operators, the tourist guides; hoteliers; czars of culture practising dance, music, theatre; transport providers and the like. The government should provide good infrastructure at tourist spots as required to make the visitors comfortable.

Yesterday, I had written in my column Abracadabra about a cemetery in Paris which too is a tourist destination with over 30 lakh people visiting it every year. Well, in Jaipur the Royal Burial Place is made a tourist destination by the creative imagination of the Royalty which built a massive marble hall with the photographs of Kings and Queens who ruled the realm housed inside.

In Mysuru? Go and see Madhuvana on Nanjangud Road… Perish the thought. Enough for now.

DC P. Manivannan’s quick-fix: There was a mafia operating at the junction of two roads, one leading to Chamundi Temple and the other to Nandi statue. The local Panchayat was collecting entry tax to vehicles going to the temple and Nandi. The person who got the contract to collect the tax in a so-called public auction put up barricades here and had his own entry tax at different rates fixed for different vehicles. Tourists and even non-tourist temple visitors were harassed and taxed. What was an easy flow of traffic, became a sight of long line of waiting vehicles. Arguments and intimidation became the norm.

I went to this point with a friend to show him the city below at night from this View Point. I was asked to pay Rs. 20. I said I was not going to the temple or to the Nandi, I was there to go to the roadside View Point. I protested and finally said, ‘Okay, remove the barricade, I will go back’. He refused and mocked at me saying “How will you go back? In reverse?” It was one-way to a length. He was rude. I knew I could not take him on. I paid  Rs. 20 and came back.

Next day, went to the then DC Manivannan and narrated the experience and the sight I saw there. To cut a long story short, in 10 days that sinister toll gate was gone. It was difficult, since legality was questioned and money was involved. Luckily, there was no local body in place then, so no political interference. Alleluia.

2 COMMENTS ON THIS POST To “Mysuru calling, why are you not going?”