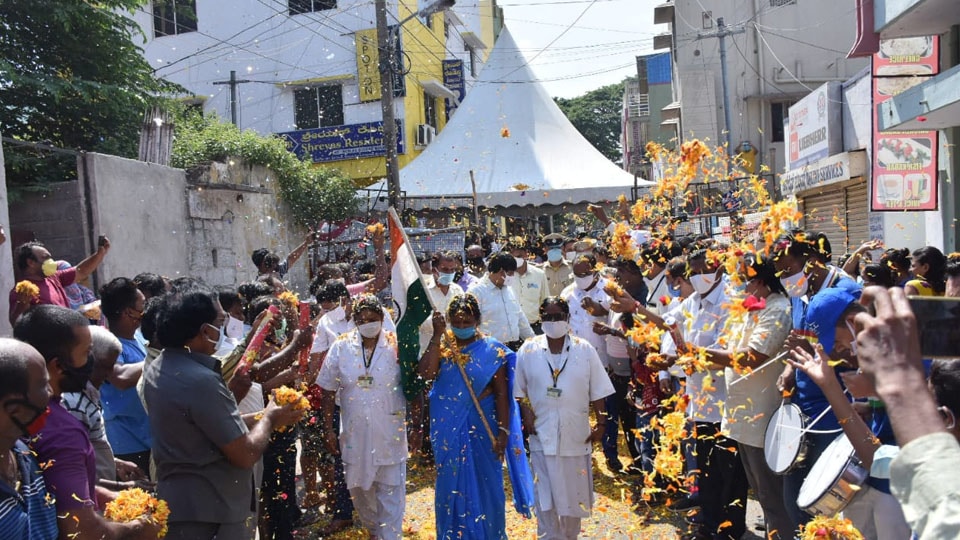 Mysore/Mysuru: The residents of Nazarbad and J.P. Nagar were in a joyous mood and the localities wore a festive look today after they were cleared from Containment Zones.

The residents thanked the officials of Health, Revenue and Police Departments and MCC officials for taking care of them by providing milk, grocery, fruits and vegetables, medicines etc., spraying disinfectants and fogging every day to prevent the spread of the virus.

At Nazarbad today, the residents of the area, led by Corporator Satish, showered flower petals on the Corona Warriors of various Departments and also MCC officials, who had strived hard during the containment period.

Devaraja Sub-Division ACP Shashidhar, Nazarbad Inspector G.N. Srikant, MCC Zonal Officer H.N. Nagaraj, Pourakarmikas, Health workers, ASHA workers and all those who had served during the containment period were felicitated on the occasion.