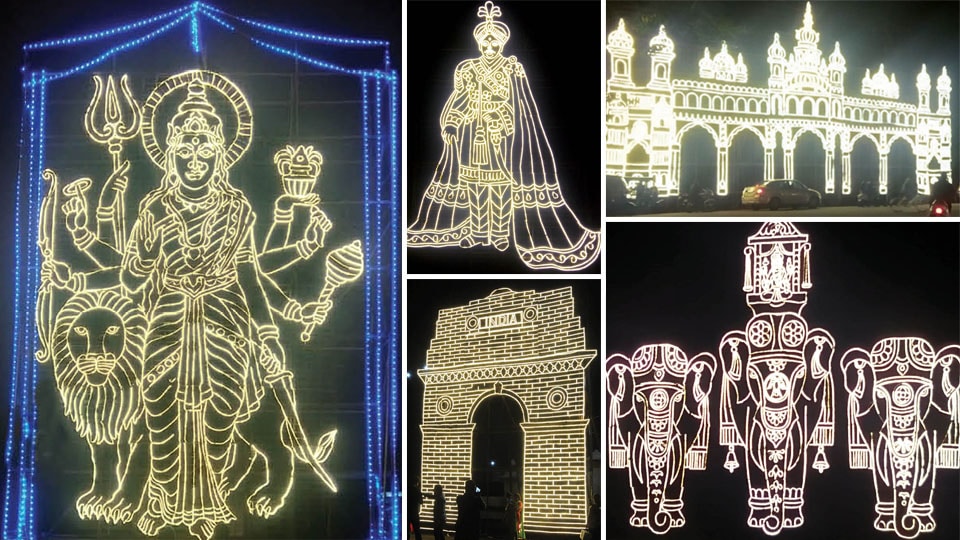 With ten-day Dasara festivities beginning today, Namma Mysuru that has over the years earned sobriquets like ‘Royal City’, ‘Heritage City’ and ‘City of Palaces’ has now turned into ‘City of Lights’.

For tourists descending on Mysuru from far and wide and also local residents, it is an occasion to soak in breathtaking spectacle of illuminated Mysore Palace and insignias dotting important junctions. The Dasara Executive Committee is hosting 38 varieties of programmes at different locations this year to attract a large number of visitors.

Chamundeshwari Electricity Supply Company (CESC) which is overseeing Dasara lighting arrangements has illuminated up to 50 kms of road covering 51 Circles at the city centre as against 18 kms of road last year. Dasara Illumination Sub-Committee, which has spent Rs. 2.75 crore this year, awarded the illumination contract to Bengaluru-based Mohankumar Sounds and Lights. 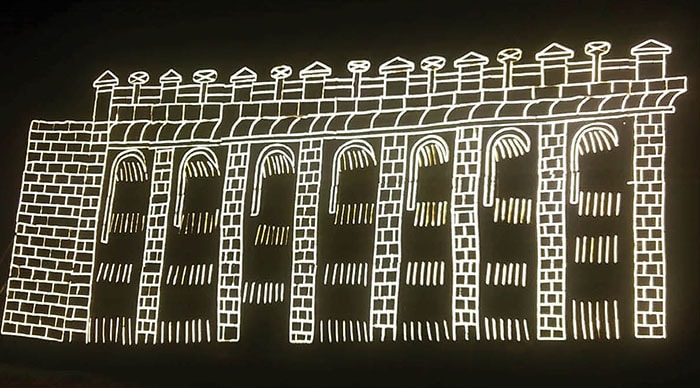 The major highlights of this year is 16 illuminated insignias displayed at major junctions such as Goddess Chamundeshwari, social reformers like Buddha, Basavanna, Dr. B.R. Ambedkar and Mahatma Gandhi and Nalwadi Krishnaraja Wadiyar. Replicas of Parliament and Vidhana Soudha have been created by using gold and yellow LED lights at Railway Station are the other attractions.

CESC has put up illuminated LED models of Jayachamarajendra Wadiyar at CADA Circle and Goddess Chamundeshwari seated on a Lion (40×40 feet LED display model) has been erected at Kurubarahalli Circle. 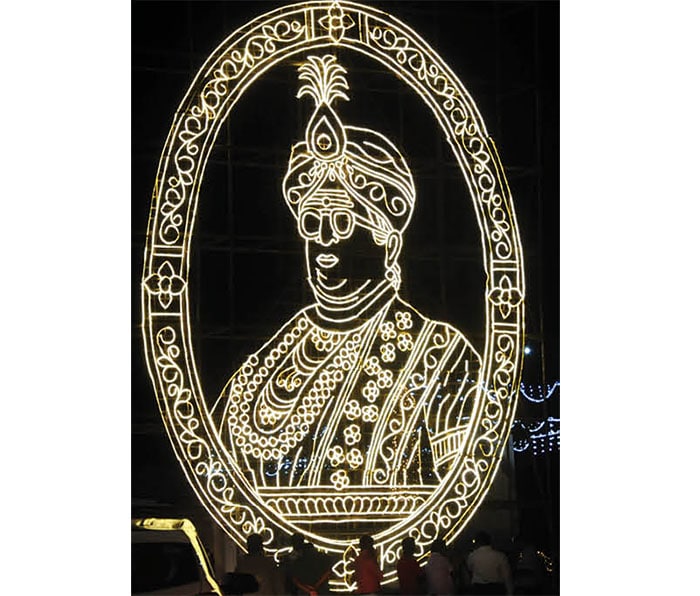 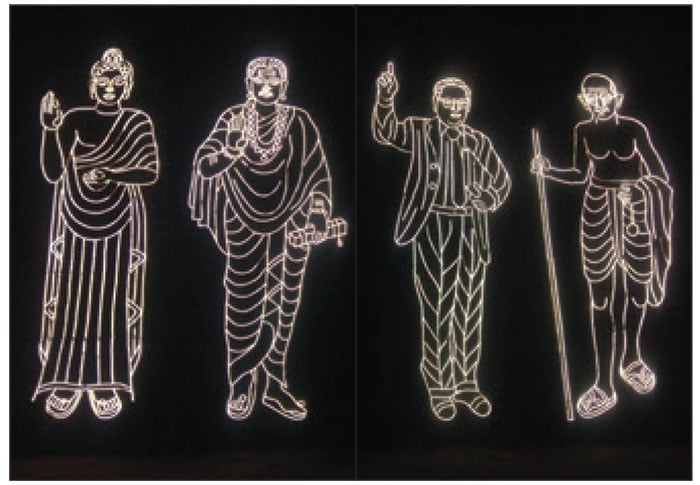 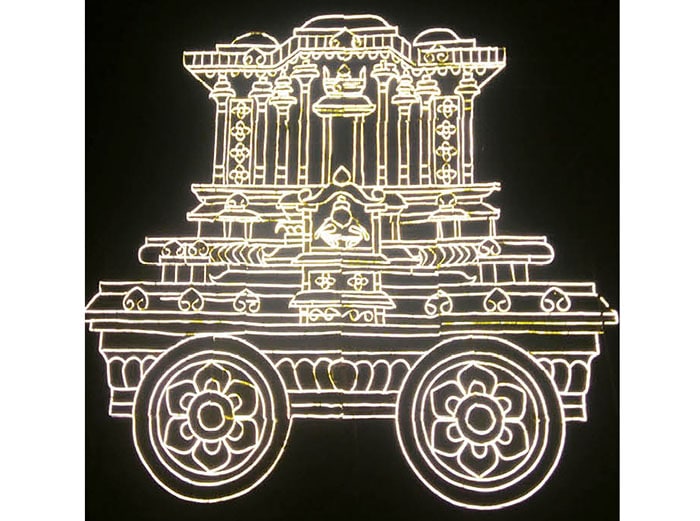 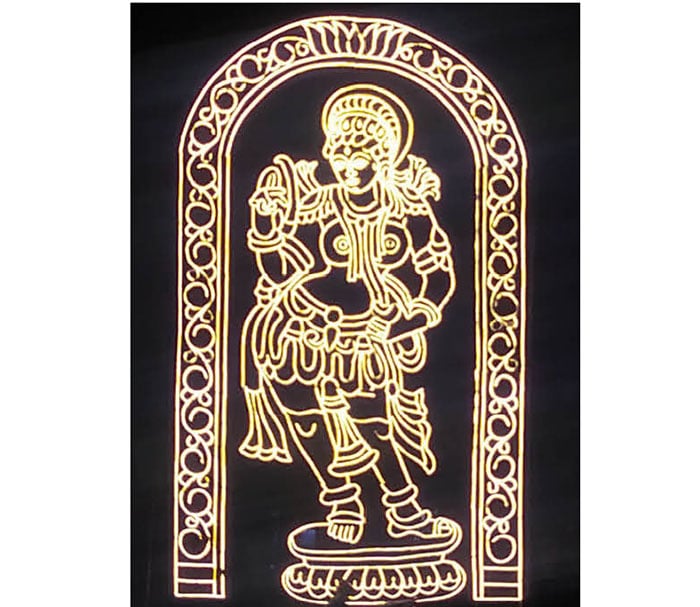 An LED welcome display board has been put up atop Chamundi Hill and ‘Hasiru Chappara’ displaying LED Board has been installed on Sayyaji Rao Road. 12 major parks will be lit up along with Uttanahalli Jwalamukhi Tripura Sundari Temple.