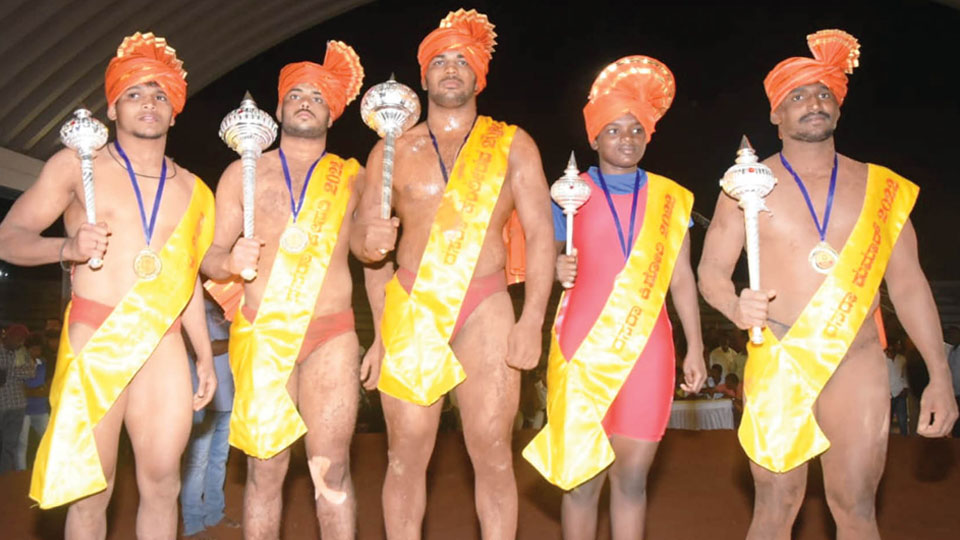 The final matches held yesterday saw wrestlers fighting it out to pin their opponents to bag various titles.

Dasara Kumar: In the bout held for ‘Dasara Kumar’ title, Pailwan R. Yashwanth of Mysuru began to garner points in the initial stage itself against Pailwan Dixit Kumar and finally won the bout.