Home » Feature Articles » Mysuru is a home away from home: Ronu Majumdar 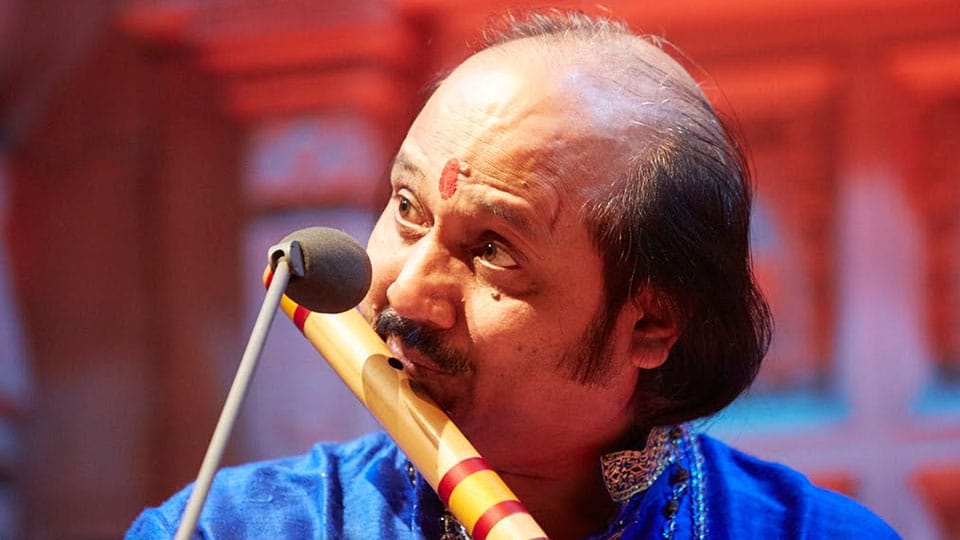 Mysuru is a home away from home: Ronu Majumdar

He is one of the top-rated artistes in classical music circuit. An ace flautist, popularly known as Pandit Ronu Majumdar (Ranendranath Majumdar) is synonymous with ‘Bansuri’. This great flautist has to his credit many collaborative projects with the likes of ex-Beatle George Harrison,  ace guitarists Ryland Peter or ‘Ry’ Cooder, Larry Coryell and several other legends. He had also collaborated with R.D. Burman during his early years in Mumbai.

Pt. Majumdar is known for having created his own style of flute playing. He is credited for having popularised the Indian flute among youngsters across the world and even has an exclusive android app dedicated to him and his music. 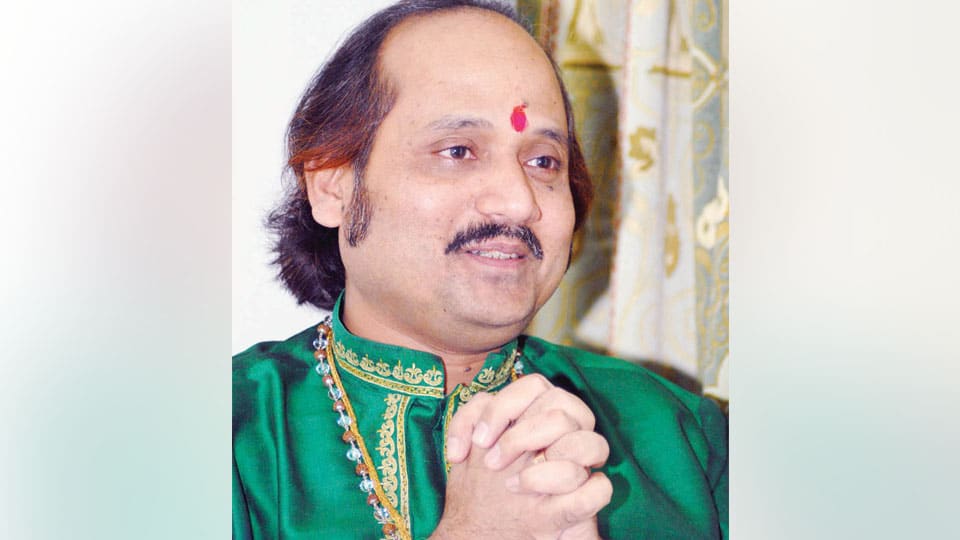 Star of Mysore caught up with this musician during his recent visit to Mysuru where he performed at the 56th Heritage Music Concert organised by SPVGMC Trust on the occasion of Ganesha Festival. Excerpts…

Star of Mysore (SOM): You started learning classical vocal and then shifted to flute. Why so?

Ronu Majumdar: I was born in Varanasi, a home for many great musicians. It is not true that I started with vocal music. I was five-and-half-years-old when I first started to play flute. In fact, I used to play with flute and I still remember my father punishing me for breaking around 7 to 8 flutes. It so happened that I started to practice nearly 8 hours every day and here I am today, performing in front of thousands of people belonging to different culture and tradition. Regarding vocal music, every musician should know a bit of it.

SOM: What made you choose flute?

Ronu Majumdar: Instead of me saying I chose the flute, I would rather say the flute chose me. I think I was destined to become a flautist. It was because of my father that I became a flautist. Though not a musician, he patronised many artistes who visited my house.  In fact, I am the first musician from the  Majumdar family.

SOM: You are known to have collaboration with many international artistes. Will you throw some light on this?

Ronu Majumdar: My journey till date has been unpredictable. After staying in Varanasi till 1973, I shifted my base to Mumbai. Firstly, I never thought I would play for Bollywood movies. It so happened that when I won an AIR competition, R.D. Burman noticed me and invited me to play for him and since then I collaborated with him.  One of my best albums with Ustad Zakir Hussain came out in 1997 and it was a great hit.

I was introduced to international artistes by the legendary Pt. Ravi Shankar when I accompanied him for a concert in Moscow. The music album ‘Hollow Bamboo’ in collaboration with Jon Hassell, an American Trumpet player and composer ‘Ry’ Cooder was a remarkable album. But the most memorable has been my collaboration with guitarist Larry Coryell. The album ‘Moonlight Whispers’ has been one of the greatest albums. The Bombay Jazz – comprising Aditya Kalyanpur, George Brooks, Larry Coryell and I – was active till last year. Unfortunately, Larry passed away and we are yet to decide how to take that band forward.

SOM: How do you see the future of Indian music?

Ronu Majumdar: Almost all music composed in our country has Indian touch. People who claim to be doing western music are just lying. I would say that the Indian music is in the hands of right people. There are many talented young musicians who have been making name for themselves at international level. Among the talented musicians I have seen is Mandolin artist U. Rajesh, who has grown not because of his late brother U. Srinivas but because of his dedication.

READ ALSO  A master who excelled in shuttle badminton

Another revolutionary musician whom I have come across is Rajesh Vaidya, a Veena artiste from Tamil Nadu and not to forget Mysore Manjunath and Mysore Nagaraj, who have proved that you don’t have to been in Mumbai, Chennai or other metropolitan cities, to become world famous.

SOM: Tell us something about Sa-Re-Ga-Ma-Pa Little Champs since you are a part of the jury?

Ronu Majumdar: I don’t know who is going to win but that is a group of supremely talented kids. Anjali Gaikwad is a good find and of course Vaishnav Girish is dominating as well. Among other competitors, Sonakshi is very soothing to hear. All I can say is it will be a tough competition.

SOM: You have performed in Mysuru on many occasions. What is your opinion about the city?

Ronu Majumdar: Mysuru is like a home away from home. I have performed with Kadri Gopalanth and Mysuru Brothers. This was my fourth performance at Heritage Music Festival. This apart, I have also performed at Dasara Cultural Festival. In fact, Mysore Manjunath is like my brother. That much is the attachment I have towards Mysuru.

SOM: Your message to young and aspiring musicians.

Ronu Majumdar: It is very important for every musician to be unique and original. Yes, recognition will be late but for those who put in hard work, it is sure to come. They might have a mentor or a hero they admire but it is always good to be your boss. Unfortunately, simplicity is missing among young artistes as they want instant fame.

A person must love the subject but not the outcome. Only sincere efforts and dedication will fetch good results.