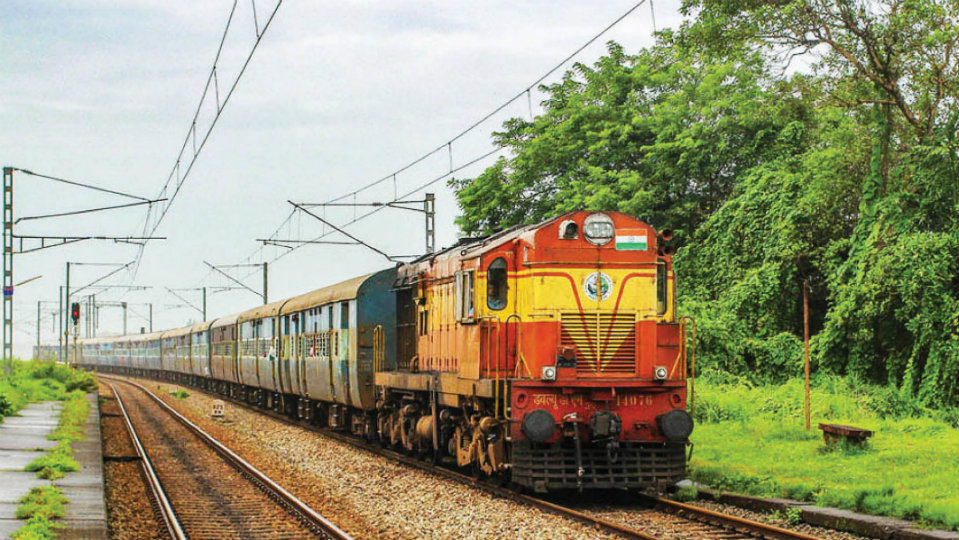 New Delhi: Despite repeated  assurances, statements in Parliament and submissions before the Court of Law by the Centre that it will not take up the controversial Railway Line between Mysuru and Madikeri via Kushalnagar, it has approved new rail lines between Mysuru (Belagola) and Kushalnagar.

The Ministry of Railways has sanctioned Rs.1,855 crore for the 87-km new line between Belagola in Srirangapatna taluk of Mandya district and Kushalnagar in Somwarpet taluk of Kodagu district.

With this, Kodagu district will get the train connectivity and it will be beneficial for the people of Mysuru, Periyapatna, Bylakuppe and Kushalnagar. “The Government has accorded approval for inclusion of Mysuru (Belagola)-Kushalnagar new line project (87 km) at a cost of Rs.1,854.62 crore (Rupees one thousand eight hundred fifty four crore and sixty two lakh only) chargeable to Capital under the Umbrella Work of New Lines subject to requisite approvals. This project appears with # mark in Pink Book,” the Centre note said.

The project has been mentioned in the Pink Book (a registry detailing all approved projects and allocations made) of Indian Railways and Rs.1,000 crore has been allocated for the line.

The Mysuru-Madikeri Railway Line Project, in recent times, was first proposed in the UPA era in 2011 and was shelved after a survey commissioned by the Railways deemed the route to be unprofitable.

The Railway Line was listed in the Railway Budget 2016-17 under “new line” category at an estimated cost of Rs.667 crore and the techno-economic survey was completed. But the project — originally mooted over 100 years ago — did not gain further traction. The funding was to be made under the extra budgetary allocation, but the project was stuck in the maze of bureaucracy.

The proposed Railway line has, however, earned the wrath of environmentalists and green activists. “Once the line comes to Kushalnagar, it is easy for the authorities to extend the same to Madikeri and then to Mangaluru and Kerala. “The line will destroy the forests in the area that is known for its eco-sensitivity and biodiversity and the project will only benefit the contractor, timber and real estate lobbies. For 30 kilometres of the Railway line, we cannot sacrifice the environmental interests,” they argue.

“The decision to go ahead with the Railway line is surprising as the then Minister of State for Railways Rajen Gohain had informed Parliament in December last year that the proposal to establish the rail line had been dropped as it was expected to be “unremunerative” and that there was no operational and financial justification for the Railways to take it up,” said green activists.

Sources in South Western Railway (SWR) said that for the Mysuru-Kushalnagar line, there will be no environmental damage. They said that the SWR had conducted the survey and had sent the proposal to the Railway Board last month. The project cost will be shared by the Centre and the State and the modalities will be worked out once work is sanctioned and is included in the Budget, sources added.

The preliminary Engineering-cum-Traffic Survey for the Railway line says that no forest land and coffee plantation land will come under the Railway line. The land required for the project is 522.8 hectares including dry and wet land there will be 71 bridges (minor and major), 43 Road Crossings, 15 Road Over Bridges and 15 Road Under Bridges.