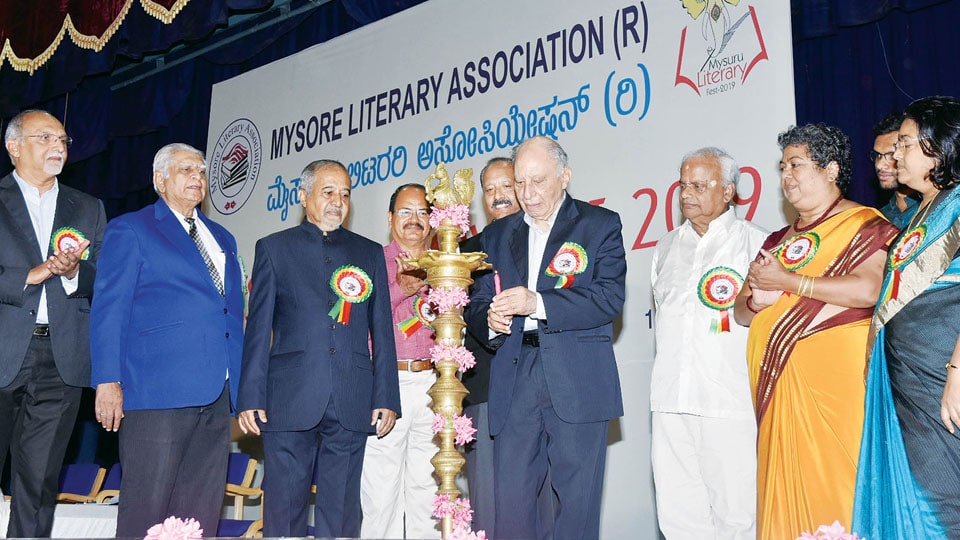 Speaking on the occasion, Keki Daruwalla said that a writer is the absolute owner of his / her work or poetry  and no one, be it a Mob, Police, a Judge or the Government can question about it. Noting that although poetry can be disruptive, it should not be only in one direction, he observed that diversification is key for a poem.

Maintaining that a poet does not have to move out of his / her dreams, he said that a poet should periodically re-examine his / her dreams. “A poet has to be in touch with reality also. A writer has a duty to fall on, which is to speak for all the marginalised and neglected  sections of society as well for the tribal community,” he pointed out.

The inauguration was followed by a talk by Anita Nair, author of the novels The Better Man, Ladies Coupé, Mistress, Lessons in Forgetting, etc. She has also authored a crime series featuring Inspector Gowda.

Prof. K.C. Belliappa, President, Mysore Literary Association, who presided, highlighted the journey of the Association since it was formed in 2016 and about the success of the two previous festivals held in 2017 and 2018. Vice-President Prof. H.S. Shivanna welcomed. Secretary Reginald Wesley thanked all sponsors and stakeholders for their continued support and co-operation.