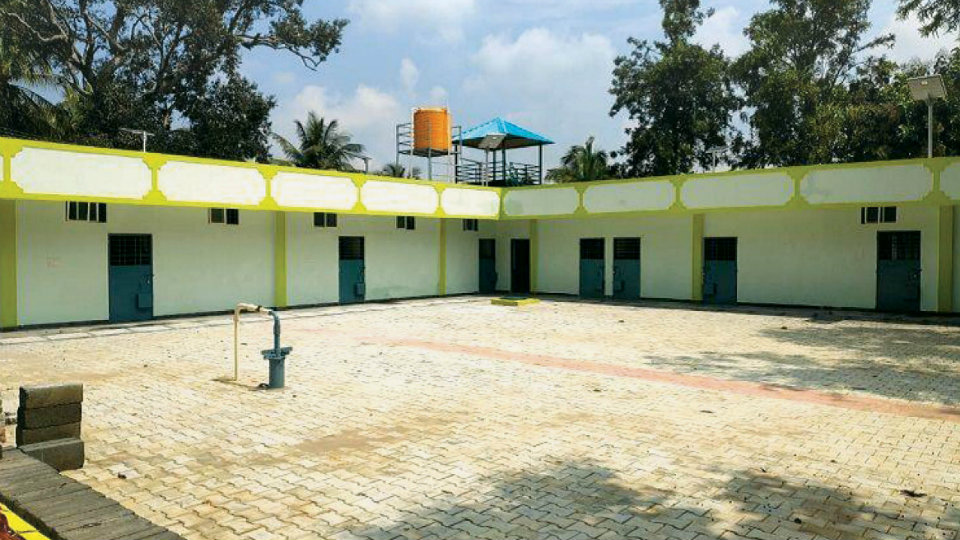 Detention Centre comes up at Sondekoppa in Nelamangala near Bengaluru

New Delhi:  In an indication that the ruling BJP has started work behind the scenes for the Nationwide roll-out of National Register of Citizens (NRC), Union Home Minister Amit Shah said Detention Centres are being constructed all over the country as the Government is “preparing in advance.”

“The process (of detention) will be managed by the Foreigners Tribunals (FT). The Government has its own preparations to make. There is a legal process where FTs are concerned. That process has just started,” he said in an interview.

The statement comes amid reports that one Detention Centre for illegal immigrants has already been built in Karnataka, around 40 kms from Bengaluru, while land for another has been identified in Navi Mumbai, Maharashtra as well. Both are BJP-ruled States.

In Karnataka, a Detention Centre has been built in Sondekoppa in Nelamangala, around 40 kms from Bengaluru. Authorities managing the Centre claim that it is not a jail, but rather a “movement restriction centre.” A large number of illegal migrants from Bangladesh are settled in Maharashtra and Karnataka and most of them even have valid documents including voter ID and Aadhaar Card.

The Detention Centre, work on which started during the JD(S)-Congress regime, is yet to be opened, and will be used to detain illegal immigrants found staying in Karnataka.  “We (Government) have started the preliminary exercise to prepare the ground to introduce NRC in Karnataka by collecting necessary information (about illegal immigrants). After this, we’ll discuss it with Amit Shah and take a final call in a week or two,” Karnataka Home Minister Basavaraj Bommai said.

FTs are quasi-judicial bodies that determine the citizenship of a person in India. Shah has repeatedly claimed that the Modi Government would implement the NRC all over the country and “throw out infiltrators” from every inch of India, and he reiterated it during the interview, saying that it will be done before the 2024 general elections. When asked what will happen to those who are identified as illegal immigrants, he said: “A legal process will be followed. A United Nations Convention is set up, rules are there and those laws will be followed.”