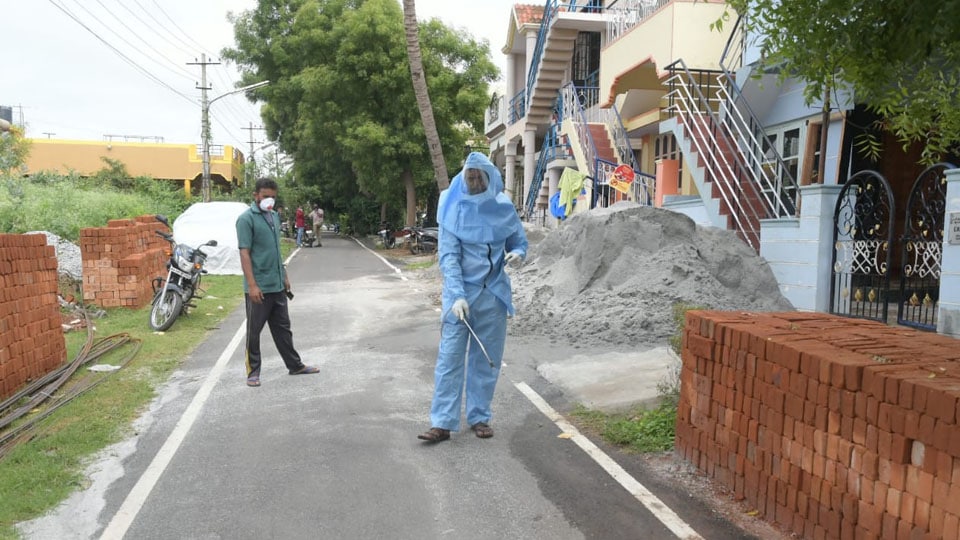 Mysore/Mysuru: Mysuru reported its second COVID-19 death yesterday. The district recorded 18 virus infections, taking the total number of positive cases to 255. Yesterday, 32 people have been cured and discharged and the cumulative discharges stand at 164 and there are 89 active cases.

A 70-year-old was admitted to the designated COVID-19 Hospital and was being treated since four to five days after he tested positive. He hails from Kalyanagiri and was suffering from Severe Acute Respiratory Illness (SARI).

The first COVID death in Mysuru was reported on June 24 when an 87-year-old man from Bengaluru, who was being treated at K.R. Nagar and Mysuru hospitals, breathed his last.

Despite the best treatment from doctors, the 70-year-old man died on Saturday as he was suffering from age-related ailments and had other co-morbidities like fever, cough and respiratory complications.

As a precaution, the last rites were conducted at 1.30 am on Sunday and as per COVID guidelines. PPE kits were worn during the last rites and the rituals were conducted in the presence of family members after obtaining the family’s consent and taking all precautions. District Health Officer Dr. R. Venkatesh told ‘Star of Mysore’ that measures were taken as per the protocol issued by ICMR (Indian Council of Medical Research).

READ ALSO  Two from Mysuru killed in accident at Chamarajanagar

All of yesterday’s 18 cases are from home quarantine. Till last evening, 19,469 samples have been tested and of them, 19,214 have been tested negative. Total number of persons observed till date are 11,666 while 8,945 have completed isolation of 14 days and 2,437 persons have been isolated in home for 14 days.

A laboratory exclusively meant to test COVID-19 samples at Government Medical College in Chamarajanagar has been temporarily shut as one of the technicians who is serving in the laboratory tested positive for the virus.

As the laboratory is closed, throat swab samples of several other suspect cases have been sent to Bengaluru and the results are awaited.