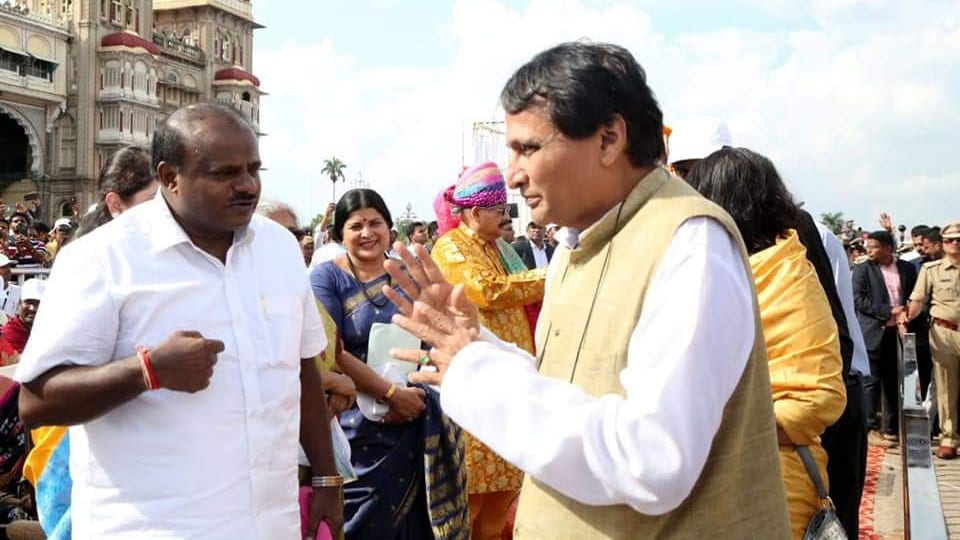 Mysuru to get New Airport

“Met @CMofKarnataka and discussed issues related to aviation. He agreed to give about 300 acres of land for a new airport,” tweeted Prabhu after a day-long visit to Mysuru to witness the spectacular Vijayadashami procession yesterday.

Since 2010, the Airports Authority of India (AAI) has been operating a smaller airport at Mandakalli with a terminal, apron, Air Traffic Control Tower and a small runaway. “The additional land will enable us to build a full-fledged airport at Mysuru, as it has many tourist attractions and is well located at an equidistance from mini-cities in the region,” said Prabhu oon theoccasion.

While Suresh Prabhu has said that it will be a new airport in Mysuru, State Government sources told Star of Mysore this morning that it is not a new airport but the existing airport at Mandakalli will be expanded and developed into an international-standard airport considering the tourism potential of the region. 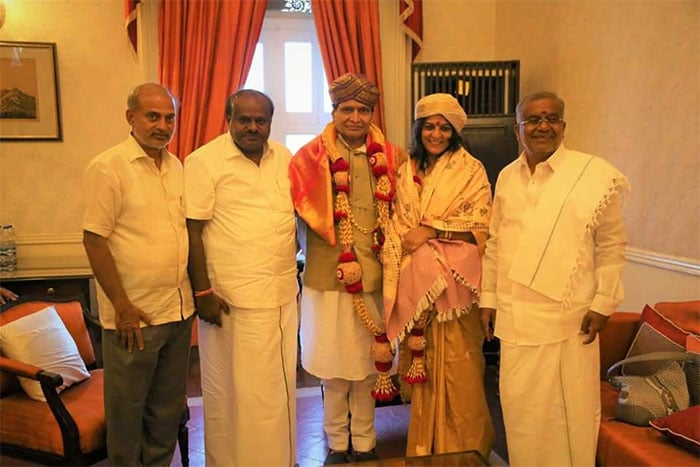 Sources said that 280 to 300 acres of land will be given by the State for this purpose. After his Dasara visit, Suresh Prabhu had a meeting in Mysuru with CM Kumaraswamy, Mysuru District Minister G.T. Devegowda and Tourism Minister S.R. Mahesh late last evening. At the meeting, Kumaraswamy assured Suresh Prabhu of handing over the land to the AAI within three months. Special Land Acquisition Officers will be appointed both from the State and Centre to speed up the land acquisition process and begin land surveys soon.

Confirming the meeting between Prabhu and Kumaraswamy in Mysuru, the Chief Minister’s Office shared with the media a picture of the two with G.T. Devegowda and S.R. Mahesh. “We shall fulfil our PM Shri @narendramodiji’s Mission,” said Suresh Prabhu in another tweet.

Reacting on Suresh Prabhu’s tweet on the new airport, Mysuru-Kodagu MP Pratap Simha said that the money and the project report was ready and the expansion of the Mysore Airport will depend on how fast the State Government acquires the land.

“It is a Rs. 700 crore project (excluding the land acquisition costs that have to be footed by the State Government) and we are ready with the project report and the money. Rs. 700 crore has already been sanctioned by the Union Civil Aviation Ministry for the expansion of Mysore Airport runway enabling bigger flights like Airbus to land,” he said.

Pratap Simha said that the land for runway expansion has to be done by the State through Karnataka Industrial Area Development Board (KIADB). “There is some issue in land acquisition of over 30 acres of land at Marase village and that land must be left out,” he said.