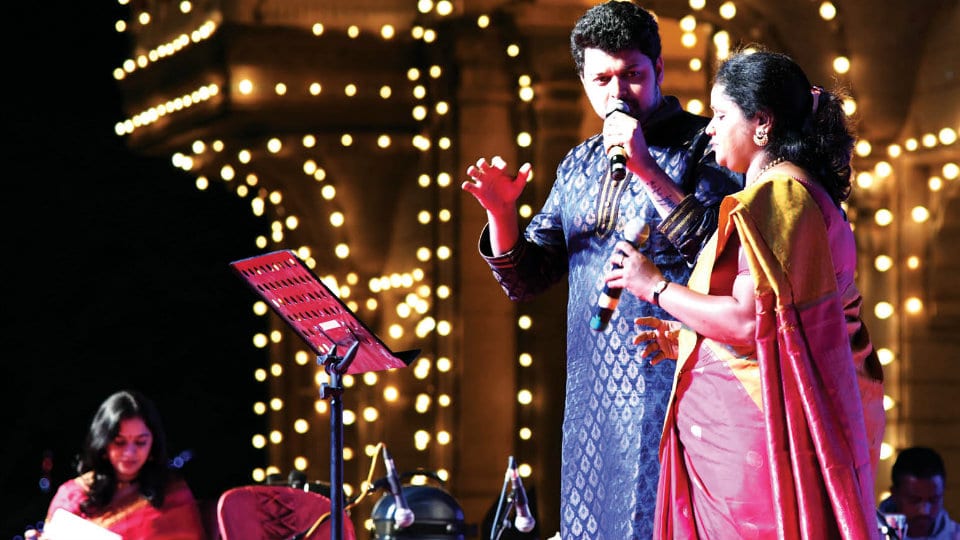 Mysuru: The cultural programme and the Flower Show attracted several visitors and audiences on the inaugural day of the 10-day Mysuru Winter Festival-2017 yesterday at the Palace premises. The annual Flower Show is a must watch spectacle with the illuminated Royal Palace in the background along with the melodious music being played as a part of the cultural programme at the Festival. Several varieties of flowers have been used to set up various designs, themes and decorations at the venue. The Flower Show will be open to public on all the 10 days from 10 am to 9 pm.

In today’s cultural programme,  ‘SaReGaMaPa Saurabha’ featuring singer Sriharsha of Zee Kannada-fame will be performing from 7 pm to 9 pm  at the Palace premises.