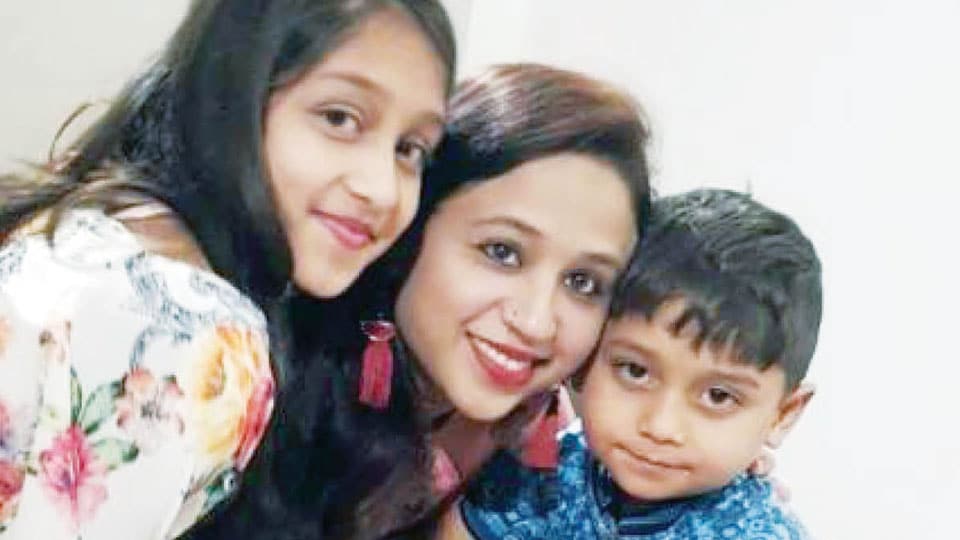 Mysore/Mysuru: A 37-year-old-woman from Mysuru and her two children were allegedly found dead in their house in Llywellen Court in Ballinteer Suburb of Ireland. They have been identified as Seema Banu Syed (37), her daughter Asfira Riza (11) and son Faizan Syed (6). They were believed to have been died around five days before their bodies were found.

According to a report in The Irish Times, “The family had moved to Ireland less than a year ago. Seema’s husband Sameer Syed was said to be out of town and had been apprised of the incident. The Syeds, who originally hail from Mysuru in Karnataka, had moved from Dubai to Ireland in February this year after Sameer got a job there. The Dundrum Garda Station in Ireland said in a press release that a murder investigation has been launched after an autopsy was performed. The Irish media reported that the two children were found dead with ligature marks around their neck in one room of the house, while Seema Banu was found strangled in another. The Irish Police said to the local media that the murders occurred over last weekend (Bank Holiday weekend).”

“Officers from the Armed Support Unit entered Seema’s residence in South Dublin after her neighbours had complained to the Police that the family had not been seen for a while. The killer allegedly left water running and had caused extensive flood damage,” The Irish Times reported.

“One among eight children to aged parents in Mysuru district, Seema’s family has made an appeal to the Indian Embassy in Ireland and Irish authorities, to help them with the repatriation of the bodies. The family told Irish website RTE that it would cost them close to Rs. 15 lakh for the repatriation process and that they could not afford it. We would be thankful for our lifetime if you could send our loved ones back to our family so we can see them one last time and do the last proceedings from our own hand. That would be really helpful,” Seema’s cousin Sufi Masood told RTE.

Meanwhile, the Mysuru Police are not aware of this incident.