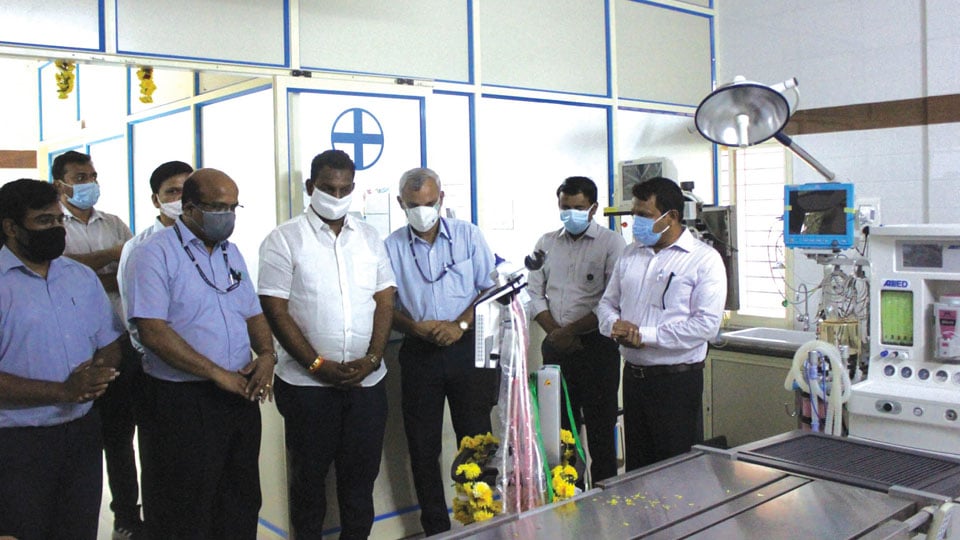 Since its establishment, the RBI Note Mudran has been contributing to the welfare of wildlife housed in the Zoo. Last year, the BRBNMPL had donated Rs. 10 lakh during last year’s lockdown when the Zoo had no revenues. The firm has also contributed for the adoption of animals in the Zoo since the last six years and the Zoo authorities had expressed the need for the advanced scanning machine.

The new Ultra Sound Scanning Machine will also help the Zoo veterinarians to perform surgeries in case of requirement. The scanning equipment was handed over to the Zoo management yesterday in a simple ceremony by BRBNMPL Managing Director N.G. Murali and Assistant Manager Akhileshwar Reddy.

Complementing the BRBNMPL for donating such a valuable donation made to the Zoo, Chairman of Karnataka Zoo Authority L.R. Mahadevaswamy said that the Mysuru Zoo was an autonomous body that does not depend on Government grants but functions only on its revenues, donations and also through various animal adoption schemes.

“Even when lockdown was announced last year, the Zoo managed to survive out of donations and the generous contributions from philanthropists. People must help the captive animals survive by enrolling themselves into animal adoption schemes,” he said.

Zoo Executive Director Ajit M. Kulkarni said that the Ultra Sound Scanning Machine would help the veterinarians to scan the internal organs of any animal like the stomach, heart, ovaries, liver and also identify any ailments in the intestine and also diagnose internal bleeding.

“The BRBNMPL authorities have responded to the appeal made by us for an Ultra Sound Scanning Machine and the 4-ft high equipment has been fixed in the operation theatre,” Kulkarni said.