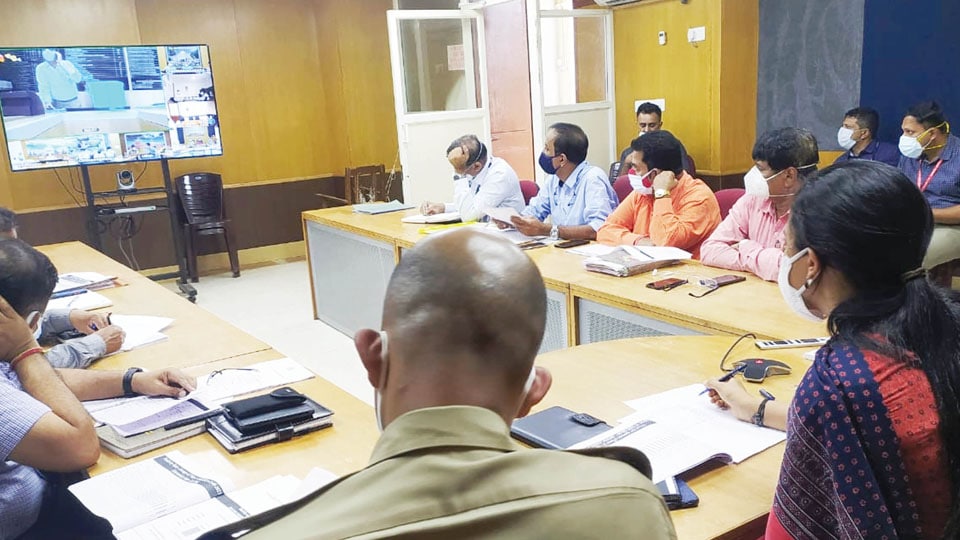 Mysore/Mysuru: Mysuru will henceforth receive more oxygen and this has been confirmed by Mysuru-Kodagu MP Pratap Simha in a media statement. He said that at present, 41 Kilo Litre oxygen was being supplied to Mysuru and henceforth, the district would receive 47 Kilo Litre (KL) of Liquid Medical Oxygen.

Pratap Simha, who is the Chairman of Oxygen and Remdesivir Supply Task Force for Mysuru said that they had placed a request before the State Government to allot 58 KL of medical oxygen to Mysuru. But the State-level oxygen supply Nodal Officer Manish Moudgil had sanctioned only 41 KL despite the increased demand and also due to spike in people  who need oxygen.

“I had spoken to Manish on Sunday and apprised him of the situation in Mysuru and had requested him to increase the quota. The same issue was raised by Additional Deputy Commissioner Dr. B.S. Manjunathaswamy during a video-conferencing with Manish and he has pushed up the quota by 47 KL,” the MP said. It has been conveyed to the Nodal Officer that if Mysuru gets 58 KL oxygen, the district will be able to tide over the oxygen crisis, Pratap  Simha added.

Mysuru does not have any Liquid Medical Oxygen manufacturer, but has five refilling plants that source bulk medical oxygen from different places. It is a crisis situation if oxygen is delayed from other places even by a day, he noted.

Meanwhile, Mysuru Deputy Commissioner Rohini Sindhuri has requested Chief Minister B.S. Yediyurappa to sanction more oxygen supplies to Mysuru. She was interacting with the CM during a video-conference yesterday that was held a day before Prime Minster Narendra Modi spoke with Deputy Commissioners of those districts where COVID has spiked exponentially.

The DC told the CM that at present, Mysuru district has a total of 3,500 oxygenated beds and has been receiving 46 KL oxygen. There is an urgent need to augment oxygen supplies to cater to the demand from patients and hospitals.

Rohini Sindhuri also explained to Yediyurappa about COVID Mitra Centres at each Primary Health Centre in Mysuru city and at Taluk and Hobli level. These Mitras provide initial treatment after triaging the patients as per the diagnosis. Over 150 Primary Health Centres have been established as COVID Mitras all over Mysuru District, the Deputy Commissioner said.

She claimed that more than 10,000 people have been benefited. The DC also told the CM that earlier, the urban areas were registering the highest spike in COVID positive rate — 90 percent — and added that now, the rural areas are reporting 50 percent of the cases. She told the CM that the District Administration has taken measures to prevent the further spreads of the disease in rural areas.