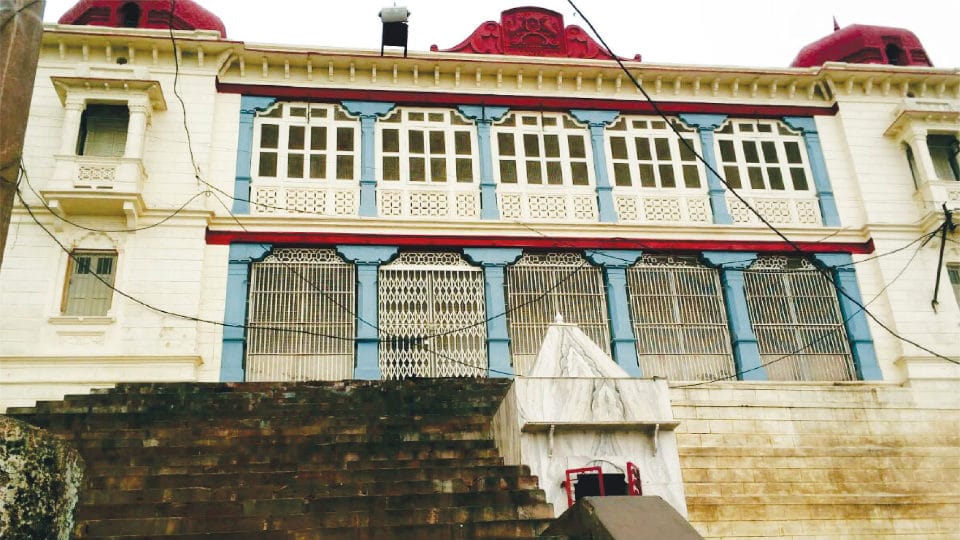 Kashi, one of the sacred pilgrimage centres in the country also called Varanasi or Benares, has a special place in the hearts of Mysureans as the then Maharaja of Mysore had built a guest house there in the early part of the last century.

The then Maharaja Nalwadi Krishnaraja Wadiyar had constructed this 24,000 sq.ft. guest house on the banks of the Ganga River in 1920 for the benefit of the pilgrims travelling to Kashi from Karnataka. In another three years, Karnataka guest house will be celebrating its centenary.

Nalwadi Krishnaraja Wadiyar would visit Kashi once in a year and he would stay in the same guest house. Climbing down 50 steps, he would be having the sacred bath in the Ganga River. Even today, the underground path that the Maharaja took to the river is maintained as-is, said the Manager of the Guest House S.M. Venkateshmurthy, himself a Mysurean, speaking to Star of Mysore. 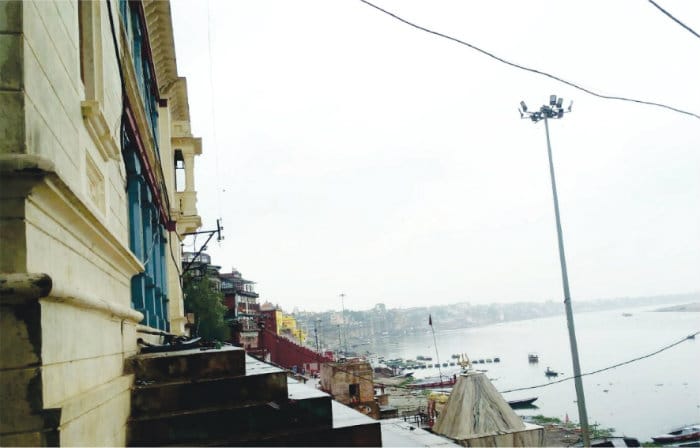 There are a total of 17 rooms and a big hall. The 97-year-old building had become weak. The State Government has fixed a rent of Rs. 150 each for three-bedded three rooms and Rs. 250 each for four-bedded 14 rooms. For the hall, which can accommodate 30 persons, just Rs. 500 is charged, he said.

READ ALSO  Mysuru-Kodagu voters will not let me down

Anna Dasoha: Free food was being served (Anna Dasoha) in this guest house until 1969. Due to lack of cooks and staff, anna Dasoha was stopped.

There are two trains from Varanasi on Thursdays and Saturdays, which leaves the Station at 9.50 pm on Thursday and reaches Mysuru at 2.50 am on Sunday. Another train leaves Varanasi at 9.50 pm on Saturday to reach Mysuru at 2.50 am on Tuesday.  However, the Sangamithra Express from Bengaluru leaves for Varanasi every day. The sleeper coach costs Rs. 780 and 3-tier AC coach costs Rs. 2,100. 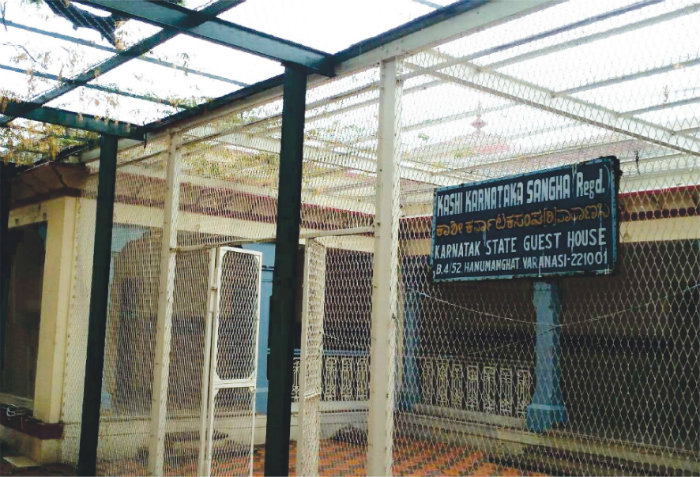 Flights to Varanasi: There are daily flights from Bengaluru to Mumbai, Hyderabad and Delhi and from there people can fly to Varanasi. There are two direct flights (non-stop) to Varanasi.

Complete renovation: The Muzarai department has renovated the Karnataka Guesthouse at a cost of Rs 1.96 crore. The rooms have been completely redone with attached bathrooms-cum-toilets for the convenience elder citizens.

No reservation: Information regarding Ganga river bath, vehicle arrangement, and food facility will be provided to the travellers but regarding advanced reservations, Venkatesh Murthy said that they will not extend this facility as pilgrims have to reserve the rooms themselves. But lodging facilities will be provided for all devotees, he added.

Contact Information: People who are travelling to Varanasi may contact Karnataka Guesthouse on landline phone number 0542-6540752 or Manager Venkateshmurthy’s mobile no. 07081667943 or Assistant M. Arunkumar Rao’s mobile no. 09026827610.

We are ready to serve all the pilgrims who come here from Karnataka. Generally, pilgrims and tourists who come from Karnataka face communication problems as they do not know Hindi. We will help them for food and lodging. The Karnataka guest house in Varanasi is not that well known. However, we are there to help whoever from Karnataka arrives in Varanasi. They can contact us in case they need help. 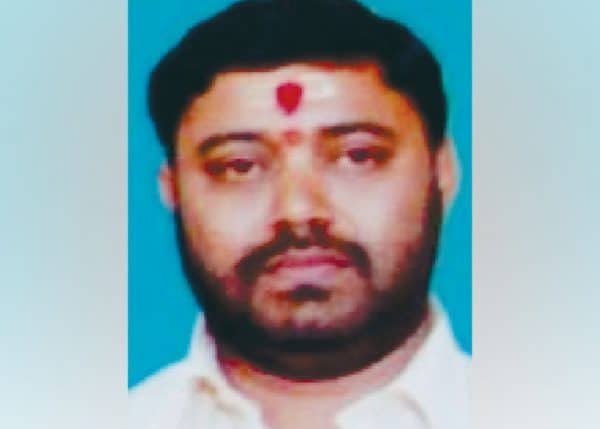 I am a Mysurean and was the personal secretary of former Minister V. Sreenivasa Prasad and at present, I am serving as the manager here,”

kashi NALWADI KRISHNARAJA WADIYAR S.T. Ravikumar Varanasi
PUC not only a turning point for students but to families as well: A.H. Vishwanath
Prof. Siddashrama likely to be VC of Mysore Varsity