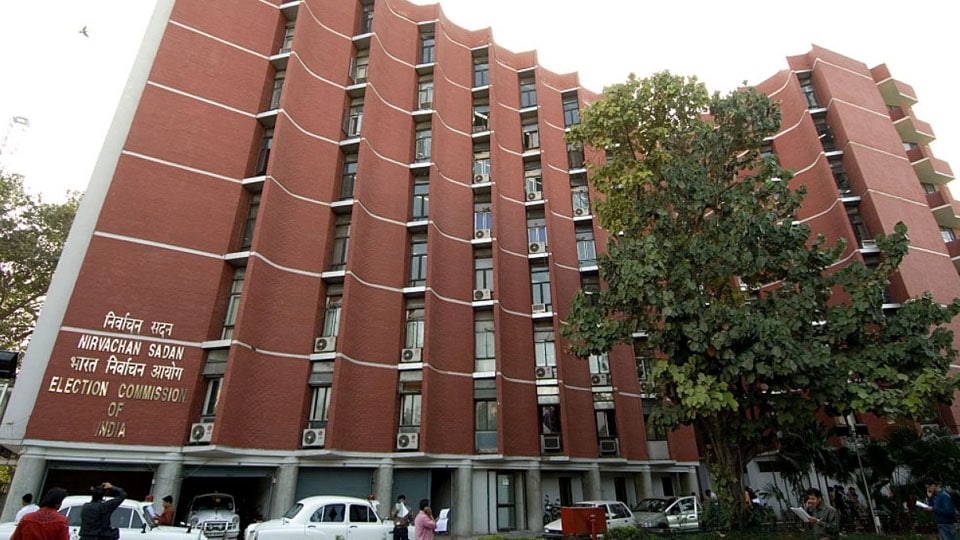 Necessary evils, too, are evil

Everyone knows that this election is a game-changer. It is becoming clear that it is a convention-breaker as well. Things that were no-no in electioneering are now accepted norms. Things to which T.N. Seshan said “out” are now “in.” The founding fathers of America said that, even at its best, governments were a necessary evil. Ditto with post-Seshan elections.

That a judicial ruling should contribute to this feeling is disturbing. Bangalore City Civil Court issued a blanket order banning 49 media outlets from publishing anything “defamatory” against BJP candidate Tejasvi Surya. This was the first instance of a prior restraint order against a class of persons. And it happened at election time. Legal circles were quick to argue that the order was unconstitutional.

Beyond that, the idea that a candidate should ask for a gag order against media raised suspicions. Public curiosity led to reports that there were allegations of misconduct against Surya. The end result was that the gag order drew attention to a questionable aspect of Surya’s persona as much as to the sidelining of the spirit of democracy by the court.

While Surya wants to stop the world from talking about him, he wants full freedom to say what he pleases. In a public statement a week ago, he said, “If you are not with Modi, you are anti-India.” Should courts stop the media, and the public, from reacting to such an anti-India statement?

Our election rules make it obligatory for candidates to disclose the number of criminal cases, if any, against them. In such an environment, are not allegations against a candidate a matter of public interest? It is clear that Surya was given a privilege he did not deserve. The “interim order” will come up for review only when the case is taken up for hearing again, which conveniently is on May 27, after the counting of votes will be over. Who is fooling whom?

Surya is BJP’s candidate in the Bangalore South Constituency which had elected H.N. Ananth Kumar six times in a row. In the first election after Ananth Kumar’s untimely death, his wife Tejaswini was a natural choice for the BJP, not merely because she was his widow but because, in her own right, she was an activist NGO leader supported by the entire State leadership of the BJP. But the BJP’s destiny- makers in Delhi picked Surya for reasons only they knew. Local BJP leaders were unhappy and came round only after school master Amit Shah used his cane stick to discipline his boys. Given Surya’s unpopularity among local BJP leaders, he would have lost. But the Congress came to his rescue by putting up its most unwinnable candidate Hari Prasad in Bangalore South. The stars are on BJP’s side.

That explains, also, why big leaders violate Election Commission rules and the EC takes only naam-ke-wastey actions. Kalyan Singh, the Governor of a State, publicly asks people to vote for BJP. The EC brings it to the notice of the President of India. Adityanath, a Chief Minister, refers to the Indian Army as “Modiji Ki Sena.” Initially only UP’s Chief Electoral Officer seeks a report from the District Electoral Officer. The EC sends a notice to Air India for issuing boarding passes with Modi pictures on them. Air India does not even reply and EC “conveys its displeasure” to Air India’s Chairman. The EC “pulls up” the Railways for using paper cups with Modi propaganda on them, but the Railways take their own time to withdraw the cups.

READ ALSO  Indira: The Evil and The Good

The game is clear. The BJP uses India’s State machinery for party propaganda in ways that have never happened before and ignoring the fact that necessary evils, too, are evil. All that EC does is to go through the motions of action. Those who are asked to explain know that the EC is under the same compulsions as they are. This is an unfamiliar India becoming all too familiar.

In the process, unheard-of things are happening. A TV channel starts broadcasting without getting the permits the law stipulates. NaMo TV is not in the list of channels permitted by the I & B Ministry. Its ownership is unknown. Yet it broadcasts on a government-sponsored channel and is backed by government advertisements. Belatedly the EC asked the I & B Ministry for an explanation — like all the other explanations it asked for in all the other irregularities. We could have found solace in the old saying: This too will pass. Except that we can’t be sure, alas.

4 COMMENTS ON THIS POST To “Necessary evils, too, are evil”