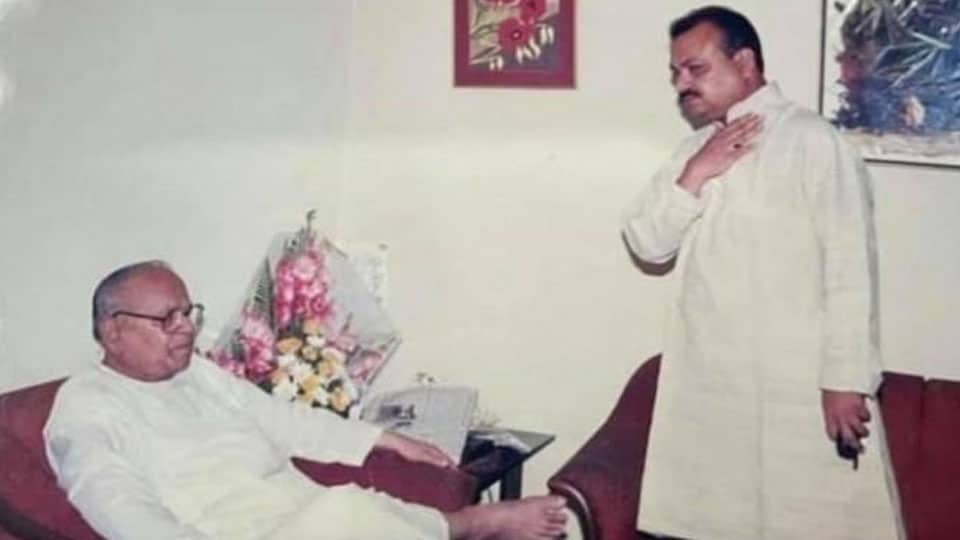 Bengaluru: Basavaraj Bommai took a deep plunge into politics under his father late S.R. Bommai’s tutelage. Somappa Rayappa Bommai was the Chief Minister from 1988-1989 and is immortal in the law books after the Supreme Court gave a landmark judgement disapproving the way he was removed as CM.

After Hegde quit on moral grounds, Bommai senior took charge as CM and his Government was dismissed by the then Governor, P. Venkatasubbaiah, on April 21, 1989. The dismissal was on the grounds that his Government had lost its majority following large-scale defections engineered by several Janata Party leaders of the day.

S.R. Bommai had sought some time from the Governor to prove his majority on the floor of the Legislature and he was denied this. He challenged this order in the Supreme Court. As such, the senior Bommai is best remembered for the landmark battle in the SC known as the ‘SR Bommai versus Union of India case’. The judgement in that case laid down certain guidelines against the misuse of Article 356 of the Constitution by the Central Government to impose President’s Rule on States with unfriendly Governments.