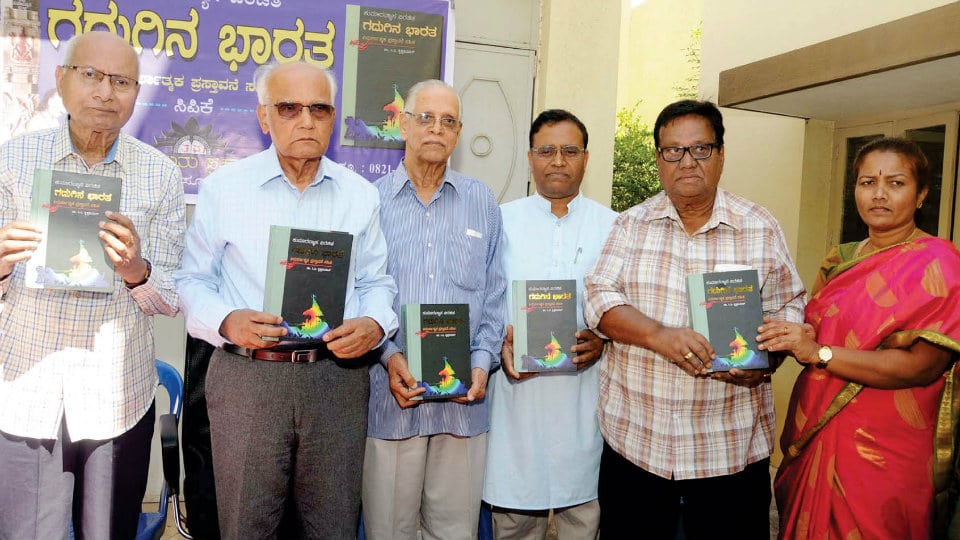 Speaking after releasing the book, Dr. Bhyrappa said that Gamakis used to render Kumaravyasa’s Gadugina Bharata in the 1940s, when he got an opportunity to learn it by heart.

Observing that Kumaravyasa’s Bharath was so simple and lucid, that even the uneducated could easily understand, Dr. Bhyrappa said that the first edition of the book was brought out when Kengal Hanumanthaiah was the Chief Minister in the 1950s. The book became so popular that 50,000 copies of the book which was then priced at Rs.2 were sold out in few months and later on began to sell at Rs.7 in black market.

Stating that Kumaravyasa was a wonderful writer, he said that the great poet’s writings were explained in such simple terms that even a layman could understand also the ‘Roopakas’ that were part of the works.

Highlighting the gist of Gadugina Bharata, Dr. Bhyrappa urged the Government to make this magnificent work available to all at an affordable price.

Veteran writer Dr. CPK, in his address, said that he has only compiled the book which was written by Kumaravyasa. Noting that many popular works lacked greatness and likewise many great works were found lacking in popularity, Dr. CPK said that, however, Kumaravyasa’s Gadugina Bharata has both greatness and popularity, which speaks volumes about the capability of the great Kumaravyasa.

Maintaining that he was greatly inspired by the original edition of the book, he expressed hope that the new edition would become popular and reach masses.