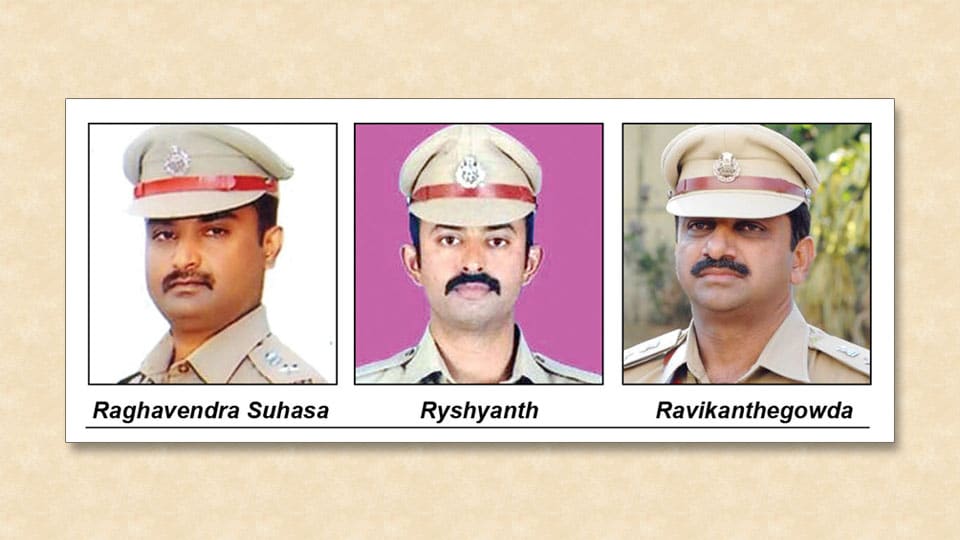 Bengaluru: In a major reshuffle in the Police Department, the State Government late on Sunday transferred 19 IPS officers.

As per the transfer orders, H.G. Raghavendra Suhasa, a 2000 batch IPS officer of Rajasthan cadre, has been posted as IGP (Southern Range) that comprises Mysuru, Kodagu, Hassan, Mandya and Chamarajanagar. Suhasa replaces Umesh Kumar, a 1995 batch IPS officer of Karnataka Cadre, who has been transferred as Additional Commissioner of Police (West), Bengaluru.

C.B. Ryshyanth, a 2013 batch IPS officer of Karnataka Cadre, who is currently serving as

Ravi D. Channannavar, who was serving as DCP, West Division, Bengaluru, has been transferred and posted at SP, CID, Bengaluru. A 2009 batch IPS officer of Karnataka Cadre, Ravi Channannavar has served as Mysuru SP earlier for over an year. N. Vishnuvardhana, who was waiting for posting, has been posted as DCP (Administration), Bengaluru city.

Vishnuvardhana, who was servicing as DCP (L&O) at Mysuru, was transferred to Bengaluru in February this year ahead of the Lok Sabha Polls.

Kala Krishnaswamy, who was serving as DCP, North-East Division, Bengaluru, has been transferred and posted as Director, Forensic Science Laboratory, Bengaluru. Kala Krishnaswamy had earlier served as Additional SP at Mysuru.