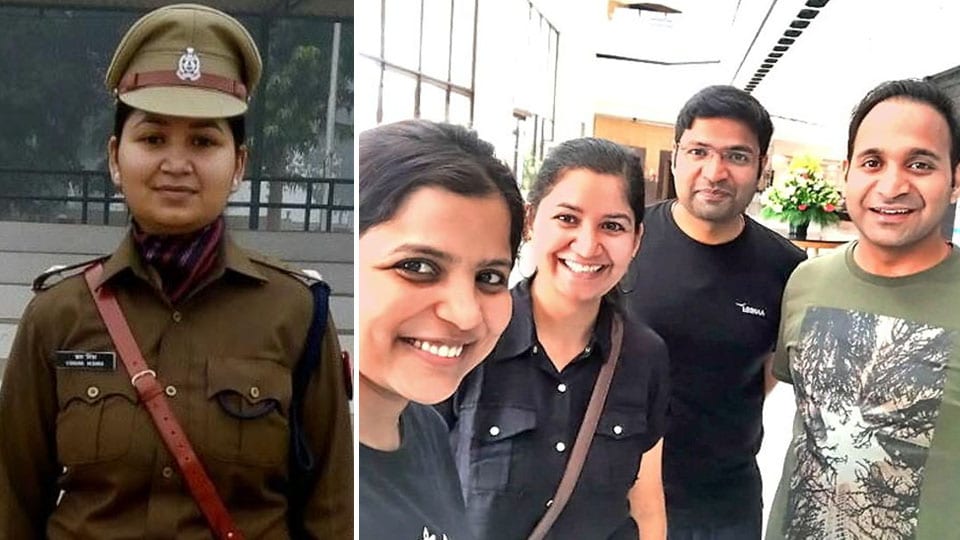 New Delhi: Kshama Mishra, a 2016 batch IPS Officer of Karnataka cadre, who is the new Kodagu SP, hails from Pratapgarh in Uttar Pradesh. Kshama is among the four children of Anil Mishra, who worked as Manager in a Regional Rural Bank and Krishna Mishra couple.

The family lived in a two-room house at Pratapgarh. Interestingly, all the four children of Anil Mishra have cracked the Civil Services Exam (CSE). The siblings of the family not only cleared the CSE but also went on to become IAS and IPS Officers.

While growing up, the four siblings shared a normal relationship and they were all good in academics too. Later, the decision came together to join the prestigious civil services. Kshama’s elder brother Yogesh became the first of the four siblings to crack the CSE in 2013 while her sister Madhvi cracked the exam in 2014 and another brother Lokesh cleared the CSE in 2015.

Kshama Mishra herself became an IPS Officer in 2016. Yogesh’s success worked as a catalyst for the other three. He got selected in the CSE 2013 in the reserve list. All inspired by her brother’s success and with his help, Madhvi next cleared the CSE in 2014.

Lokesh found place in reserve list, gave it another shot. He had also found his name in the reserve list in CSE 2014. However, he was confident of himself and decided to give it another shot. Lokesh had earlier completed engineering from Indian Institute of Technology, Delhi (IIT-D). He cracked the CSE in 2015.

READ ALSO  Human-animal conflict on the rise again in Kodagu

Success is product of hard work and sacrifice, said Kshama. Her husband, who is in Provincial Civil Service, inspired her to chase her dream and supported her along the way. She’s a post-graduate in Hindi Literature and chose the same as her optional.

After the results were out, Kshama had said, “Once my husband came to know that I am interested in civil services he gave me the opportunity to pursue it. Talking about the siblings’ extraordinary success, Kshama had said, “We all care and believe in each other. This success is a product of consistency, hard-work and sacrifice. We have not inherited it.”