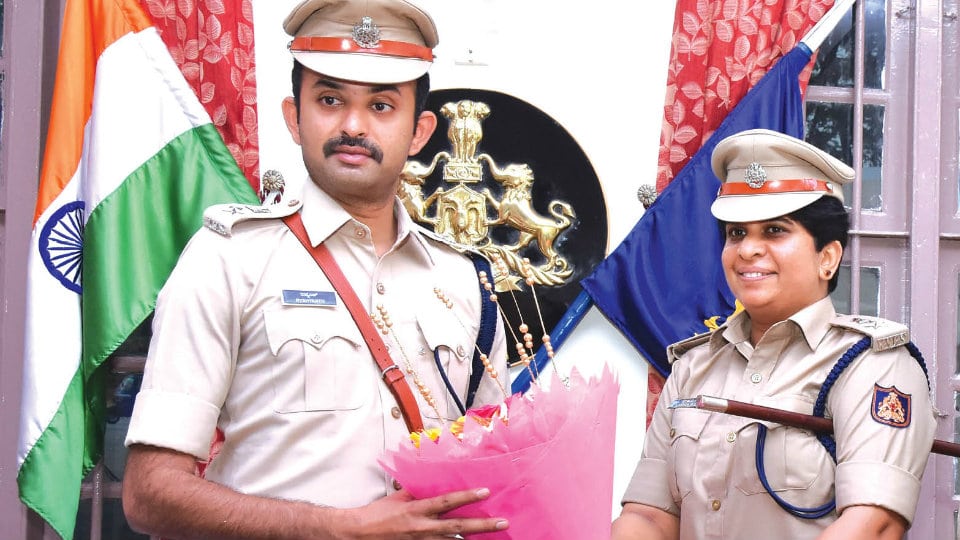 Mysuru: C.B. Rishyanth, a 2013 batch, Karnataka Cadre IPS officer took over charge as the Superintendent of Police (SP) from Additional SP P.V. Sneha at his office in Nazarbad here yesterday.

The post fell vacant following the transfer of his predecessor Amit Singh.

Rishyanth was born and brought up in Bengaluru. After serving in Chikkanayakanahalli as a Probationer, he has received his maiden posting as ASP in Mangaluru. He was working as SP at Bagalkot before his transfer to Mysuru.

Probationary ASP Shama Mishra, Deputy Superintendent of Police (Dy.SP) Chandrashekhar and other Police officers welcomed the new SP to the office by offering a flower bouquet.

Speaking to Star of Mysore after conducting informal meeting with his Department officials, he said that he is happy to work in Mysuru, a tourism hub that has drawn global recognition.

“I have worked as ASP in Mangaluru, worked as SP in Bagalkot for more than two-and-a-half years. Every district is unique. However, I will give top priority for law and order in the district,” he said.