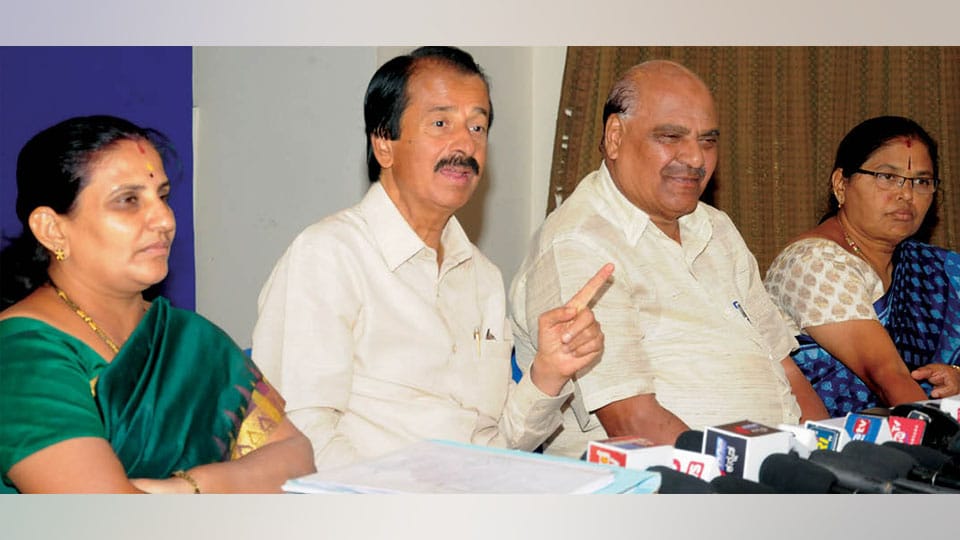 Mysuru: Infrastructure at the newly-opened Sri Jayadeva Institute of Cardiovascular Sciences and Research on KRS Road, Trauma Centre at the premises of PKTB Hospital on KRS Road and Panchakarma Research Centre of Government Ayurveda Medical College at Brindavan Extension in city should be improved and staff crunch should be resolved before the announcement of Lok Sabha poll dates, said former MLA Vasu.

Addressing a press meet at a private hotel in city yesterday, Vasu recalled that the aforementioned health centres were initiated during his tenure as an MLA but regretted that shortcomings were still looming large at those Centres. He said that there is a severe shortage of support staff though the infrastructure is ultra-modern.

He said that he would visit those places, list out the requirements and submit the same to Chief Minister H.D. Kumaraswamy. He suggested the government to fill up staff at the hospitals temporarily on contract basis to benefit the public.

Referring to national politics, Vasu contended that most of the development activities were initiated under the Congress-led UPA government but bemoaned that Prime Minister Narendra Modi was claiming them as his achievements adding that it is all like a one-man show.

“For example the Hunsur Road Flyover at Hinkal was initiated during 2013-2014 and four grade separators were mooted.  Ultimately, only one flyover was constructed due to various reasons. The project was completed out of funds released by Centre (60 percent), State (20 percent) and MUDA (20 percent) and no single government can claim credit for it. It is a joint effort,” Vasu said.

When reporters asked his stand during the ensuing LS polls, Vasu said that he too is an aspirant from Mysuru-Kodagu LS Constituency but said that he would abide by the directions of the Party High Command.

He said that he would make way if former CM Siddharamaiah or JD(S) Supremo H.D. Deve Gowda opt to contest from Mysuru-Kodagu seat.