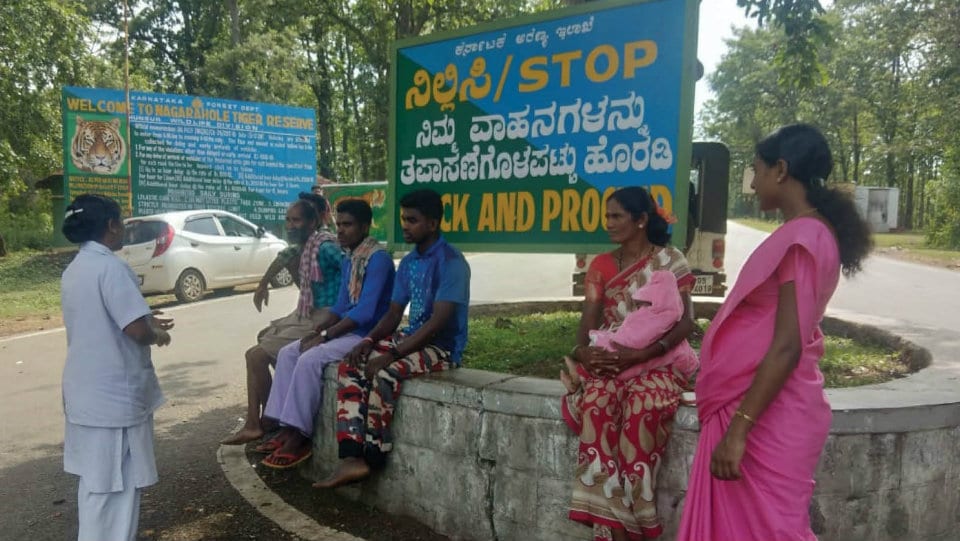 Screening units will be established at Zoo, Mysore Palace and Chamundi Hill

Mysuru: Following Nipah virus outbreak in Kerala and a high alert being sounded across eight districts in Karnataka bordering Kerala including Mysuru, District Health Officer Dr. Venkatesh said that Health and Family Welfare Department has taken all precautionary measures to prevent the spread of this disease.

Speaking to reporters at his office in city this morning, he said that Mysuru is on high alert as hundreds of tourists and visitors enter Karnataka via Kerala every day for various professional and tourism reasons. A surveillance unit has been set up at Bavali check-post in H.D. Kote taluk to screen persons suffering with Nipah symptoms. All the vehicles entering Karnataka will be screened.

“From now on, three samples (blood, urine, and throat swabs) from suspected persons will be collected and will be sent to National Institute of Virology (NIV), Pune,” said Dr. Venkatesh.

A team of six-member expert doctors and other staff led by H.D. Kote Taluk Health Officer Dr. Ravikumar are examining suspected cases at Bavali and they will screen the suspected for the next 21 days or until further orders. The Department will also set up surveillance units near Mysore Zoo, Mysore Palace, Chamundi Hill and other prominent tourist spots.

“As of now, no Nipah case has been reported in Mysuru. All government and private hospitals have been instructed to transmit details of fever cases instantly to the Department. Once a patient shows symptoms of Nipah, hospitals have to monitor acute encephalitis syndrome, check all vital parameters and take travel history of patients. There is no need for panic as the official machinery is fully prepared to deal with any situation,” he said.

Venkatesh further said that the department has taken all measures to monitor daily incidence of infectious disease cases reported as in-patients in both government and private hospitals. Private hospital managements have been directed to share information immediately to the Department on daily basis.

He said that Department has also equipped with two isolation wards at K.R. Hospital and has stocked up adequate personal protective equipment, drugs and life-saving equipment such as ventilators to deal with the cases. Directions have also been to all hospitals to ensure standard infection control practices including surface cleaning, disinfection and hand hygiene, he added. The district administration will print handbills in all three languages — Kannada, English and Malayalam — to spread precautionary measures among the people and it will be distributed in villages bordering Kerala and entry points to Karnataka, he added.