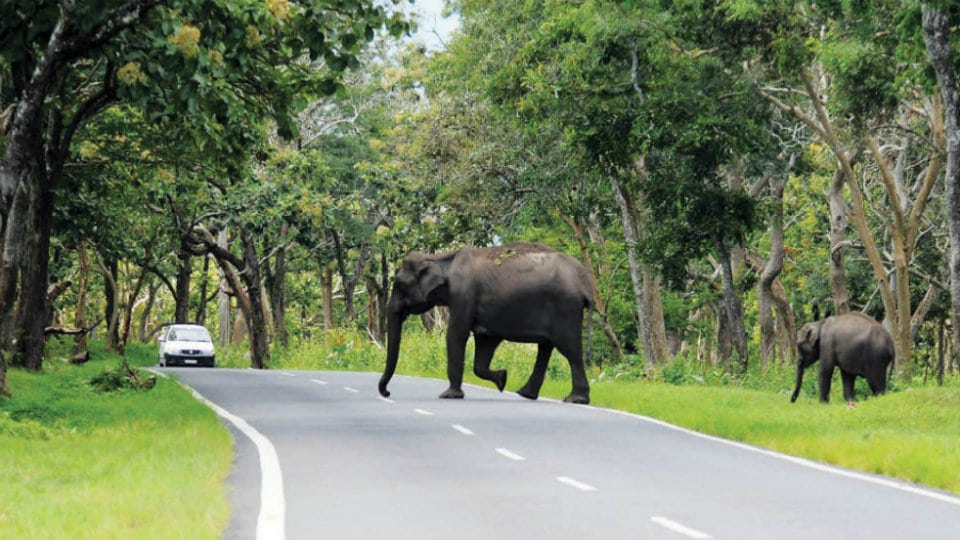 New Delhi: Former Congress President and Wayanad MP Rahul Gandhi, has asked the Union Government if there is a proposal to mediate and find an alternative to lift the night-time traffic ban in Bandipur National Park and Tiger Reserve.

In an unstarred question to the Lok Sabha, which was answered yesterday, Rahul Gandhi asked if the Centre was aware of the “hardships to a large number of people living in north Malabar” due to the night ban on NH-212 through the National Park. Rahul had promised the people of Kerala that he will find a solution to the problems that the restrictions on vehicular movement along National Highway.

Responding to the question, Union Minister for Road Transport and Highways Nitin Gadkari said that there was no plan to lift the ban on traffic movement at night inside the Bandipur Tiger Reserve.

Gadkari informed the Wayanad MP that it had been decided at a high-level meeting attended by the senior bureaucrats of the two States and chaired by the Union Cabinet Secretary to continue with the ban on vehicular movement during the night to prevent disturbance to wildlife.

“It was recommended that status quo shall be maintained on restriction of night-time traffic through Bandipur National Park, as it is a core area of wildlife habitat and an alternative route is available for night traffic, and four buses and emergency vehicles are permitted through the park,” replied Nitin Gadkari.

Incidentally, under the erstwhile Congress Government in Karnataka between 2013 and 2018, the Forest Department had vehemently opposed the decision to lift the ban despite pleas from the Kerala Government, which had cited economic loss due to the closure. Numerous studies showed the ban of traffic between 9 pm and 6 am had led to increased wildlife movement on the highway.

Rahul Gandhi asked if the Centre proposes to mediate to find an alternative to lift the ban “without disturbing wildlife”, and whether it was “ready to amicably find a solution by calling a meeting of the Chief Ministers of Kerala and Karnataka.” He also enquired if there was a proposal to construct an elevated corridor through the park.

The ban was imposed by the Chamarajanagar District Administration in 2009, and was upheld by the High Court of Karnataka on 2010. Based on a Special Leave Petition filed by the Kerala Transport Department in the Supreme Court, an expert committee was constituted to sort the issue.