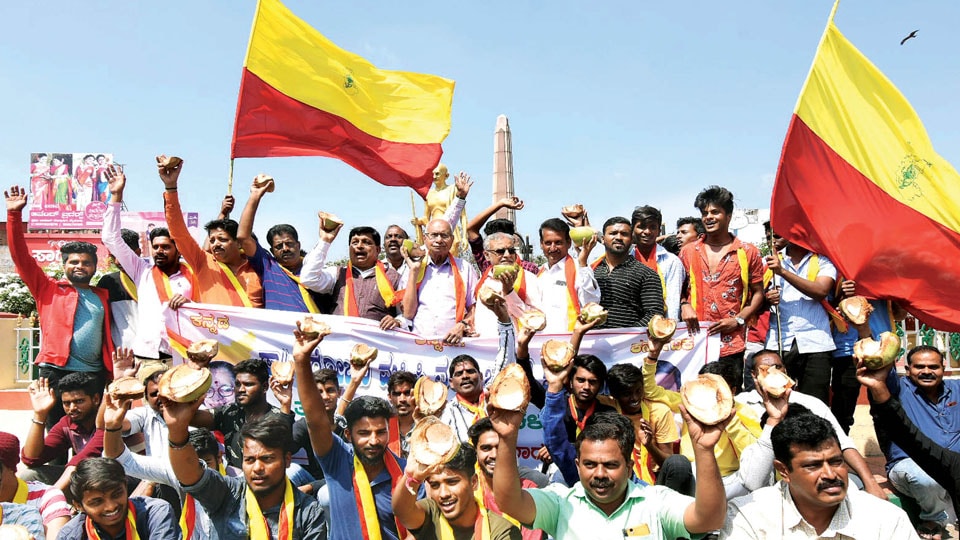 Mysuru/Mysore: The 12-hour Karnataka bandh called by several pro-Kannada organisations, under the banner of Karnataka Sanghatanegala Okkoota, turned out to be a damp squib this morning as buses and autos plied as usual in city.

The organisations are demanding the implementation of a 1984 report by former Union Minister Sarojini Mahishi that recommends a certain percentage of jobs to Kannadigas in public sector undertakings, private companies, and multinational companies.

There has been no effect of the bandh as autorickshaws, KSRTC buses, trains, cabs and all commercial establishments, including malls, remained open. Even schools and colleges, banks, shops, hotels and theatres functioned normally.

During the meeting, the activists submitted a memorandum to him. “Government always stood for Kannada and Kannadigas and initiated measures to implement the Sarojini Mahishi report,” Yediyurappa said.