Home » News » No boating in Ranganathittu 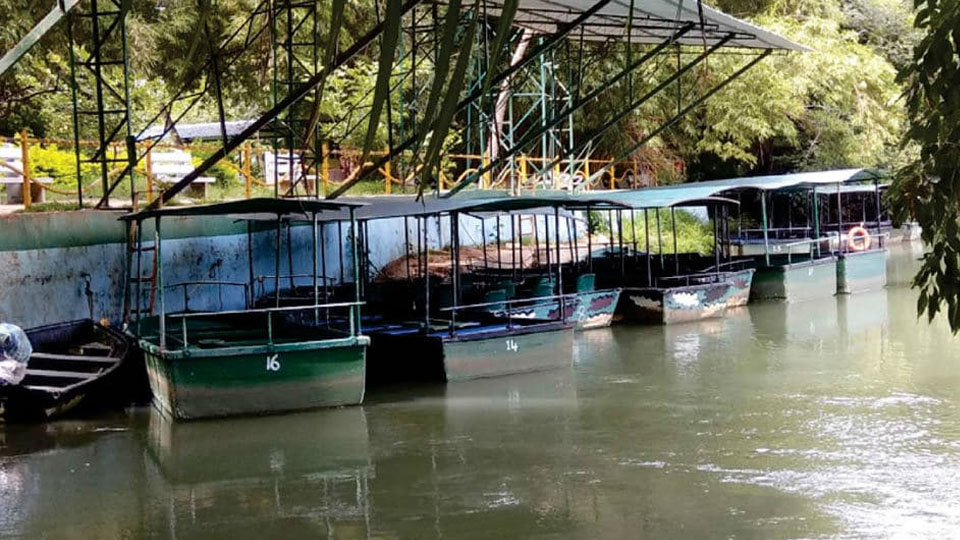 No boating in Ranganathittu

Rain picks up pace in Kodagu; cloud-seeding operations from Mysuru from July 24

Mysuru: Boating operations have been suspended at Ranganathittu Bird Sanctuary from yesterday for an indefinite period as the  flow in the Cauvery has significantly increased.

The bird sanctuary is located on the banks of River Cauvery downstream of KRS reservoir near Srirangapatna and once water is released from the reservoir, it gushes downstream resulting in the increase of water level of the river in the sanctuary and the Forest Department, keeping the safety of tourists in mind, have withdrawn the boating activities. It will resume once the water level decreases and remains stable. However, there will not be any restrictions on entry of visitors to the sanctuary. A good quantum of water is being released from KRS Dam since Friday evening.

Ranganathittu Bird Sanctuary RFO Puttamadegowda said that due to increase in water flow and rise in water level, the tourists are unable to go for boating and hence the boating services have been suspended. However, the birds were safe despite increase in the water level, he added.

The government has already received clearance from the Directorate General of Civil Aviation (DGCA) to fly two aircraft that will release aerosol (silver iodide or sodium chloride) into the clouds to stimulate the precipitation process  and form rain.

Officials of the Department of Rural Development and Panchayat Raj (RDPR) are in the final stages of planning the cloud-seeding exercise. The operation will start from Mysuru and will be carried out across all districts in the Old Mysore region.

The officials will inspect the flights tomorrow (July 22) and the cloud-seeding exercise will start from Wednesday. The aircraft will be stationed at Mysore Airport. In 2017, cloud-seeding project generated 2.51 tmcft of additional water and rainfall was 27.90 percent above the natural rainfall. This time, authorities expect precipitation to increase by about 30 percent due to cloud-seeding.

Last time, the Government ordered 300 hours of aircraft flying for a 60-day period. This time, it has been increased to 400 hours for 90 days, officials said. However, residents and weather experts from Kodagu have opposed the cloud-seeding operations. “It has already begun raining in Kodagu and there is no need of cloud-seeding.” Such knee-jerk measures, they said, will not address the meteorological variations in Kodagu.

With the rains catching up in Kodagu district, three parked vehicles including a jeep, a Tata Ace and a car were completed damaged after tree fell on them on Mysuru-Thithimathi State Highway at around 3.30 pm yesterday. As a result, traffic movement on the highway was disrupted for about three hours. Fortunately, no casualties were reported as none were present inside the vehicles.

The traffic movement on the highway resumed at about 6.45 pm after the damaged vehicles and trees were removed by the Police with the help tamed elephants and local villagers.