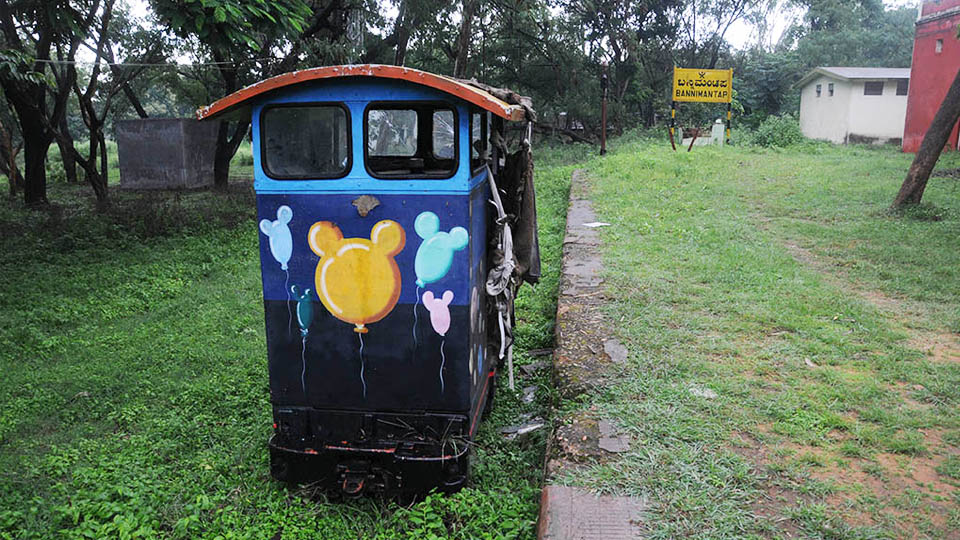 NO JOY RIDE AT BAL BHAVAN

Jawahar Bal Bhavan at Bannimantap was once a beehive of activity. It was a popular amusement spot for children and they used to visit the place during weekends, especially to take a joyride on the toy train. But now forget children, even adults hesitate to visit this place.

This Weekend Star Supplement shows how the once must-visit destination for children has become an eyesore, thanks to official apathy, land tussle and lack of coordination between government departments. All of them have literally killed the joy, fun and frolic of innocent children.

The phrase ‘better late than never’ (it is better to do something or arrive after the expected time than not do it or arrive at all) does not suit well for Jawahar Bal Bhavan at Bannimantap in Mysuru as there are no hopes of revival of this Godforsaken place that resembles a dungeon and of course, displays the callousness of officialdom bold, loud and clear.

There is an urgent need to give the place its old charm back and execute the plans for modernising the place, adding facilities and attractions to draw children. Otherwise, the Bal Bhavan may be forgotten once for all.

Bal Bhavan was once a beehive of activity. It was a popular amusement spot for children. Children used to visit the place on weekends, especially to take a joy ride on the toy train. But now, forget children, even adults hesitate to visit this place. The beautiful lawn is now full of weeds and has become a home for snakes and scorpions.

The Children’s play area at Bal Bhavan is covered with waist-high weeds with playing equipment rusting. Sadly, the place that was supposed to be a must-visit for children is inhabited by poisonous snakes and scorpions.

Bannimantap is known for two things – one is the Torchlight Parade Grounds (that is in good condition thanks to the facelift it gets every Dasara) and the other is the Bal Bhavan which has now become an eyesore. Weeds have been allowed to grow waist high, making it impossible for the children to play at ease.

Moreover, the grand plans of Mysuru Urban Development  Authority (MUDA) to revamp the place have been abandoned.

Concrete structures that have come up inside the Bal Bhavan stand as mute testimonies for the grand plans that were implemented half way through and forgotten. Groups of stray dogs roam freely around the premises. There is no security guard to keep away unwanted people.

The toy train which was the last remaining attraction has been abandoned and the vagaries of weather have made the toy train a rusty vestige. The narrow gauge line track is broken and covered with wild grass. In fact, the toy train was a “face-saver” for Bal Bhavan’s management. Long before the Bal Bhavan reached its present state of neglect, there were children coming here just to take a ride in the toy train.

During weekends, festivals and summer holidays, the whole Bal Bhavan was filled with fun and frolic of children. Parents would visit here with children those days. Viewing cinemas, playing on the slides, reading children’s books and listening to stories were all a part of the visit to Bal Bhavan. However, now children are deprived of all these activities. 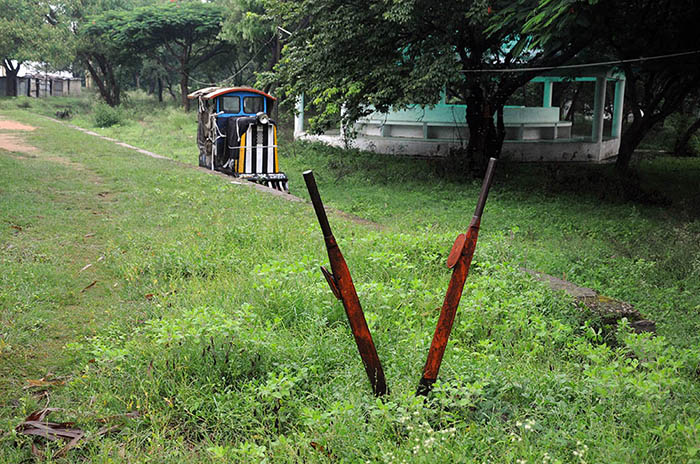 The toy train was running on the 1.1 km circular track and every Saturday and Sunday the bogies would be full of screaming children. The ticket for children was Rs. 10 and for adults Rs. 20. This was a major source of revenue for Bal Bhavan. But today the toy train engine is lying idle since the last three years and the train is rusting.

The toy train which could accommodate 60 children at one time is now filled with dust and grime. There is no drinking water facility. The roof tiles and the doors of public toilets are broken and it points to the utter neglect of the place. 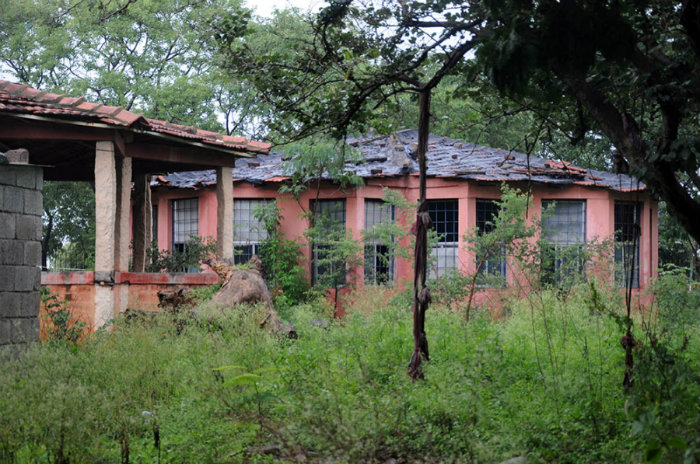 Many structures were constructed at the sprawling Bal Bhavan campus as part of MUDA’s grand plans of revamping and reconstruction. Unfortunately, none of the plans have materialised and all the constructions have gone waste. Some of the structures resemble haunted houses.

The 13-acre Bal Bhavan land is owned by the Mysuru Urban Development Authority (MUDA) and it had leased it out to Department of Women and Child Welfare for 30 years. The lease agreement was signed in 1977 and the lease ended in 2007.

After the deal was signed, the department had created an amusement facility for children and turned the plot into a popular destination. But after the lease term ended, activities stopped and the area was abandoned. Since then, all efforts by the Women and Child Welfare Department have gone in vain as MUDA was not ready to continue the agreement.

Even the Bal Bhavan Society in Bengaluru made all efforts to continue the lease but to no avail till now. However, the MUDA authorities did not show any inclination either to continue or renew the lease period.

In 2016, MUDA decided on its own to renovate the place and sanctioned Rs. 5 crore for the development. It laid the foundation stone and took up several development works. However, it looks like everything is in vain as there are only bare structures and neither MUDA nor Bal Bhavan authorities have come forward to set things right.

Structures for two ice cream parlours, hotel building, gazebos at two places for the children to take rest, two huge water tanks, toilet buildings, a huge building for gaming activities of children, makeup rooms on either side of the open air theatre, were all built but MUDA but it suddenly neglected the place. Even though crores of rupees have been spent, most of the works remain incomplete and lying in a state of forlorn. 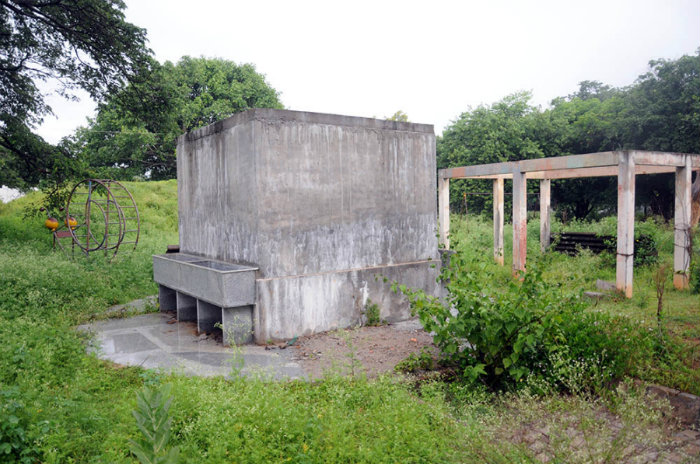 MUDA had planned to build a swimming pool, waterfalls, a park and modern amusement games and facilities to educate children on this land. Other attractions of the proposed park were e-planet for awareness about science, technology and space, birthday party hall, open air theatre for cultural programmes, restaurant for savouring tasty dishes, shelters for resting, two units of safe drinking water, toilets and the toy train.  The gates at the entrance and exit points were proposed to be designed as look-alikes of animals such as lion, peacock and elephant which were aimed at attracting the attention of children. A variety of gaming toys at the play arena were also planned.

However, it looks like everything is in vain as there are only bare structures and neither MUDA nor Bal Bhavan authorities have come forward to set things right. Despite the urgency for adding new facilities and putting in place a mechanism for regular maintenance of the Bal Bhavan, the authorities concerned have been indifferent to the suggestions and children’s interests.

The people of Mysuru are now hoping that since Tourism Minister S. R. Mahesh is focusing on development of tourism in Mysuru, he will take keen interest to develop Bal Bhavan. 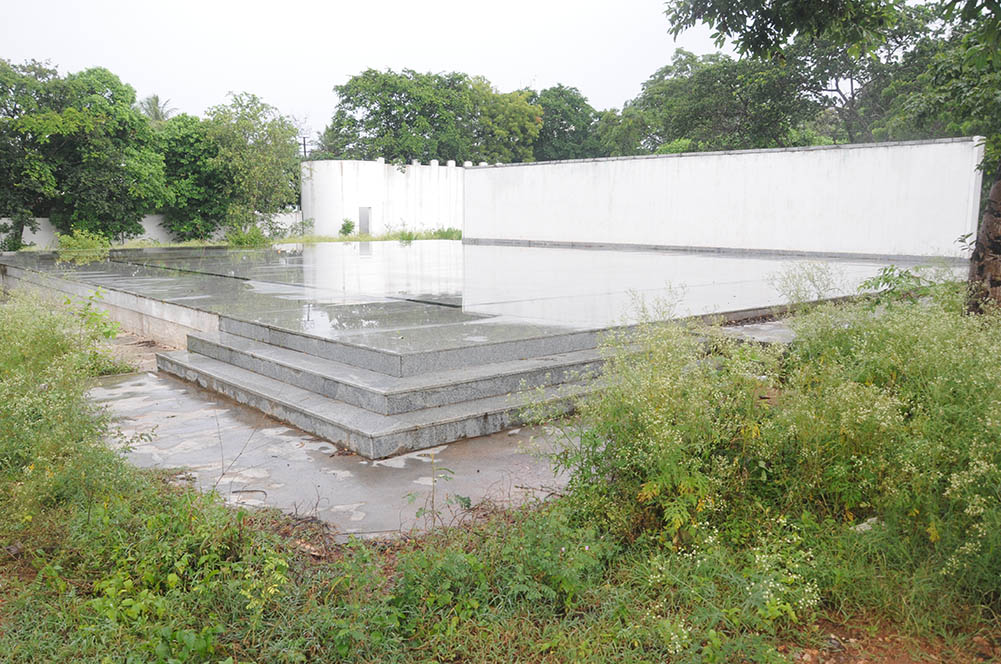 This was supposed to be a stage for children to celebrate birthday parties and hold events with their friends.

There is a small repair work on toy train engine to be done. Even if it is repaired it cannot be run as the track is broken. The wooden reapers beneath the track have to be changed and concrete ones have to be laid. But there is no co-operation from MUDA. – Krishnamurthy, Principal Organiser, Bal Bhavan

No response from MUDA 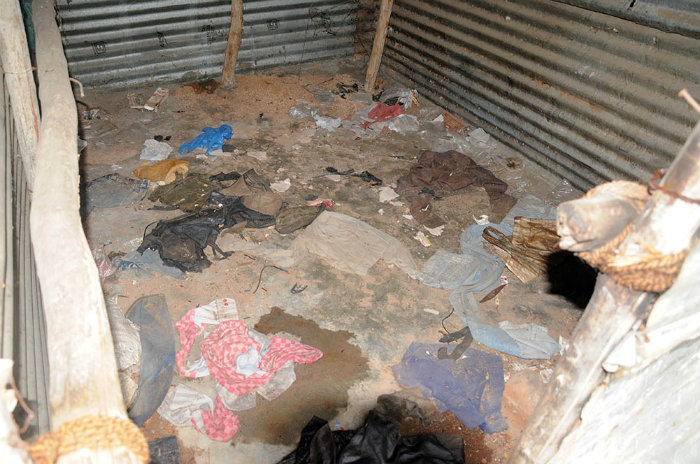 “The focus is on entertainment and there are plans to introduce several new features in Bal Bhavan. As of now the Rs. 5 crore that was sanctioned earlier has been spent. We are awaiting new project line estimate from Infrastructure Development Corporation of Karnataka (iDeCK) who will take up the work. We have got a report from the iDeck that the toy train may not be feasible.”

Once the report is submitted, we will place it before MUDA Board for approval and begin the works. Meanwhile, the work on increasing the seating capacity in Bannimantap Torch Light Parade Ground from 22,000 to 33,000 is going on in full swing and it is likely to be completed before this year’s Dasara.” – P.S. Kantharaj, Commissioner,  MUDA 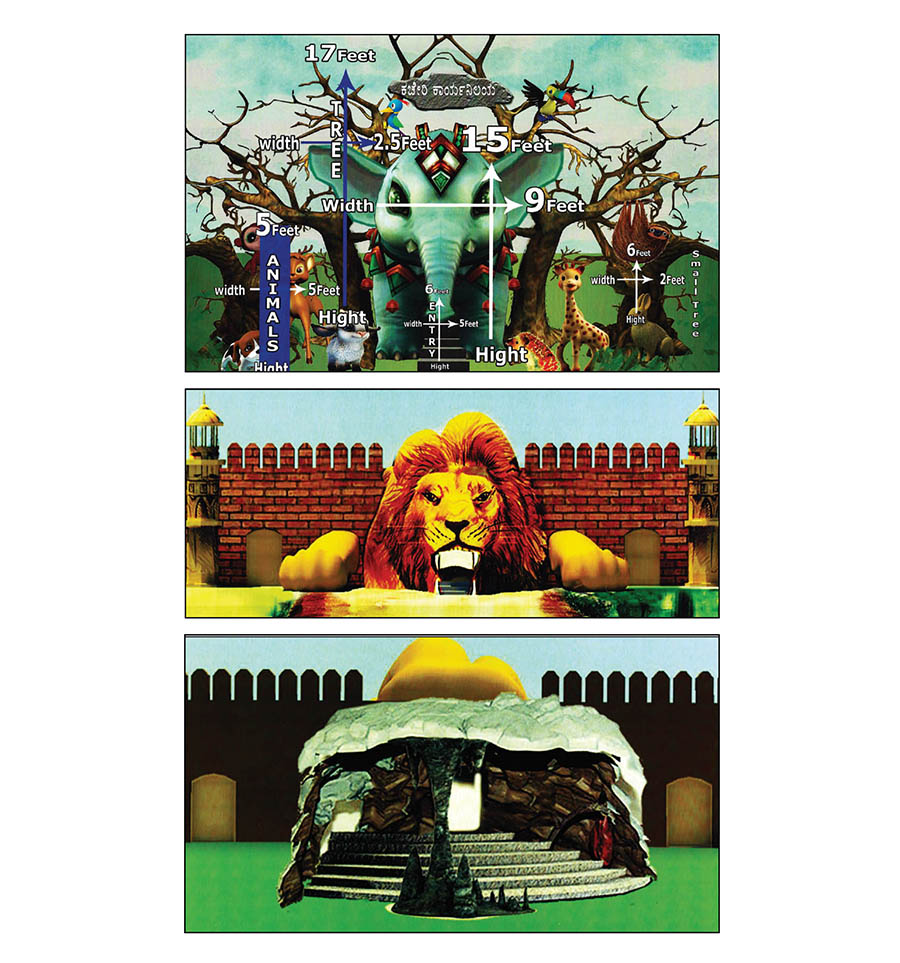 The original MUDA plan to revamp the Bal Bhavan had designer entrance (with lion and elephant faces) and exit points. All the plans are in cold storage now.

(Rs. 42 lakh) for the benefit of children and public

(Rs. 25 lakh) for the convenience of children & parents

(Rs. 63 lakh) the existing toy train will be renovated