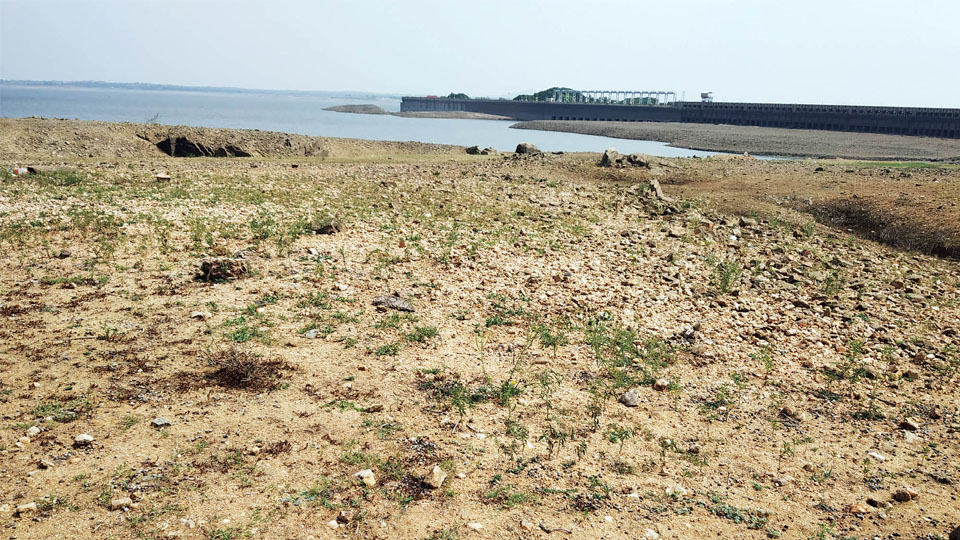 No KRS water to VC Canal from May 8

Water only for drinking to Mysuru, Mandya and Bengaluru

Mysore: Though mercury level is on the rise, there is some hope when it comes to drinking water storage in Krishna Raja Sagar (KRS) Reservoir in Mandya. Water level at the Dam stands now at 84.21 feet, just enough to fulfil the drinking water needs.

The maximum water level at KRS is 124.8 feet and the dead storage level is 74.76 feet. Water is unfit for drinking purposes once the level reaches the dead storage. Apart from people of Mysuru and Bengaluru, 47 towns and 625 villages depend on Cauvery water from KRS for their daily needs.

To save water for drinking purpose, authorities of Cauvery Neeravari Nigam Limited (CNNL) have decided to stop water release for irrigation into Visvesvaraya Canal (VC), the main water supply line to Mandya from May 8 (Wednesday).

Officials said that the region needs 3 tmcft of water a month for drinking needs. So, 7 tmcft of water is required for the next two months. If the available water in KRS Dam alone is not used for other purposes, there will be no drinking water problem, they said.

Speaking to Star of Mysore this morning, CNNL Superintending Engineer Ravindra said, a decision to this effect was taken after consulting irrigation experts at a consultative meeting.

CNNL was releasing water to VC Canal from KRS from June to June (annual cycle) to save sugarcane crop in the Acchukattu Area (irrigated area or command area).

“Sugarcane crop has reached harvesting stage now and so water release to VC Canal will be stopped. The stoppage of water to the Canal will also result in decrease of outflow in downstream Cauvery River.

Due to shortage, CNNL has not released water for summer crops in other Canals like Devaraya, Chikkadevaraya, Virija, Ramaswamy Iyengar and Madhava Mantri this year. The State Government will take appropriate decision of releasing water to Canals in coming days depending on the storage position of the reservoir and once the southwest monsoon picks up, he added.

For the record, Visvesvaraya Canal has been designed to carry 3,050 cusecs of water with a total irrigated area of 1.96 lakh acres. Stoppage of water to VC Canal has already been brought to the notice of farmers and the general public through media, Ravindra said.

Sources said that even the Karnataka State Natural Disaster Monitoring Centre (KSNDMC) has recommended the Karnataka government to reserve the existing water at KRS Dam for drinking purposes till June.

It has recommended the Government to release water for agricultural and other purposes only after ensuring that enough drinking water is available in KRS which is the lifeline for Mysuru, Mandya and Bengaluru.