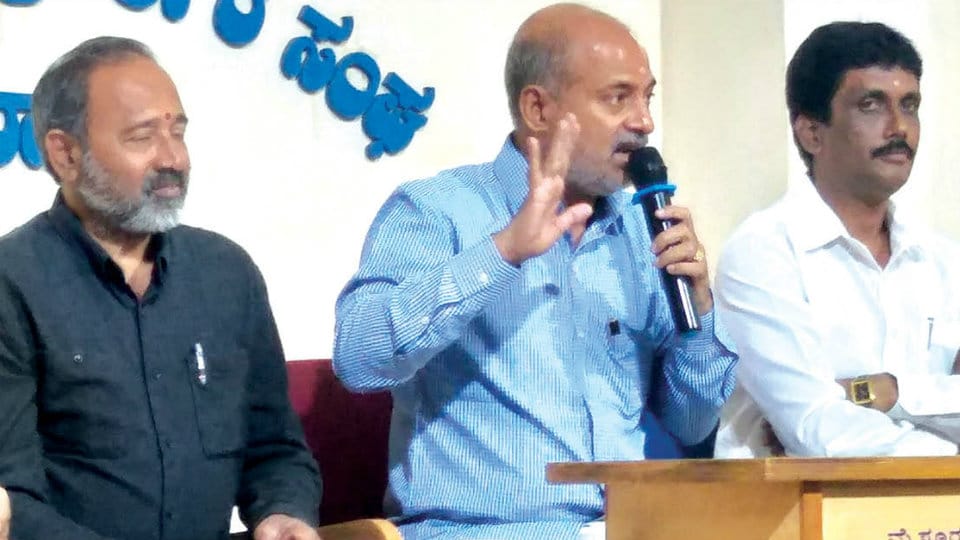 Mysuru: Former Minister S.R. Mahesh flayed the BJP Government for the lack of representation in the Mysuru region including Chamarajanagar, Hassan and Mandya districts during the Cabinet expansion by Chief Minister B.S. Yediyurappa (BSY) yesterday.

This is most unfortunate, especially at a time when Dasara is fast approaching, said former Minister and MLA S.R. Mahesh.

He was addressing a press conference at Pathrakartara Bhavan here this morning and said that BJP always speaks about ideology and culture but it does not realise the significance of the historic Mysuru Dasara.

At a time when the Gajapayana is starting, there are no Ministers to receive the elephants and this will definitely affect in the conduct of the world famous Dasara celebrations, he said.

Speaking about the flood relief done at Kodagu last year during the rule of Coalition Government led by H.D. Kumaraswamy, he said that those affected by floods were given Rs.1,03,000, TV, fridge and other household items worth Rs.50,000. Concrete roads, sites, drinking water, electricity and other basic facilities were provided to those who had lost houses and houses worth Rs.9,85,000 were built, he added.

“This was the first time in the whole country where Rs.4 lakh was given to the victims under the National Disaster Response Fund guidelines and Rs.10,000 per month as rental allowance to those who had lost houses. However, the present BJP Government under BSY has reduced the rent amount to Rs.5,000 per month and the amount to build houses to Rs.5 lakh,” he said.

There is still a sum of Rs.90 crore left over from the Natural  Calamities Fund and this money can be used for relief operations in Kodagu, he added.

He also pointed out that the BSY Government which had indulged in ‘Operation Kamala,’ was awaiting the Supreme Court verdict to favour those who had toppled the Coalition Government.