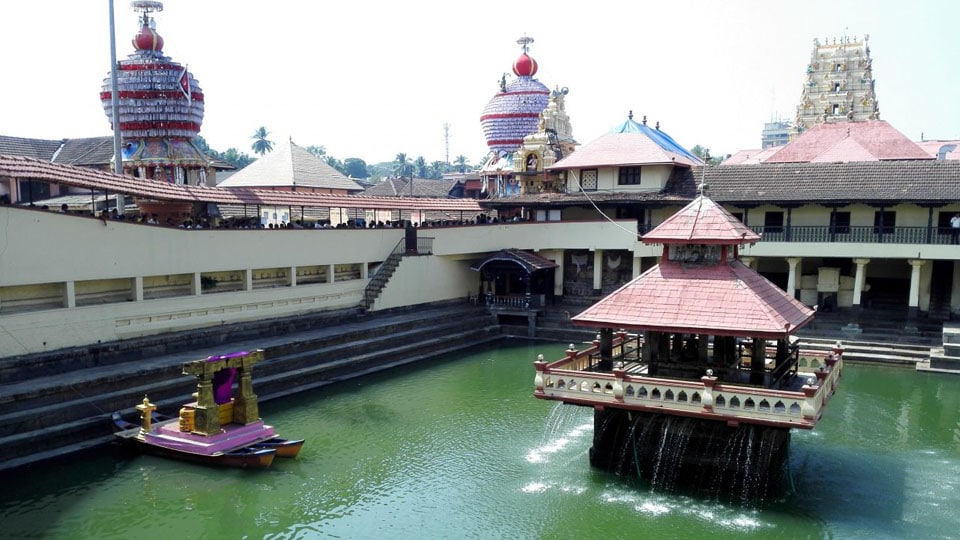 No more ‘Made Snana’ and ‘Ede Snana’ at Udupi Krishna Temple

Udupi:  The controversial ritual of ‘Made Snana’, a dubious ritual as part of which people from the Scheduled Tribes and lower castes roll on the plantain leaves and food leftovers of lunch served to Brahmins in the temple town of Udupi in Dakshina Kannada district, has been banned. Even the ‘Ede Snana’ ritual has been banned by Sri Vidyadheesha Theertha Swamiji of Paryaya Sri Palimar Mutt.

Aware of controversies surrounding the ritual and the media glare on the issue, Vidyadheesha Theertha Swamiji took the decision to do away with ‘Ede Snana’ ritual too yesterday. “I took this decision as there will be unnecessary controversies. Such rituals can be done away with for public good,” he said. Yesterday, about four devotees performed ‘Urulu Seve’, a custom of rolling in front of the Subrahmanya Gudi.

Vishwesha Theertha said that neither ‘Made Snana’ nor ‘Ede Snana’ is inevitable for the religion. “I welcome the decision of Palimar seer” he said.

The Karnataka Prevention and Eradication of Inhuman Evil Practices and Black Magic Bill, 2017, had banned the custom of any person rolling over on plantain leaves with food left over by other persons in any public or religious place as it violates human dignity.