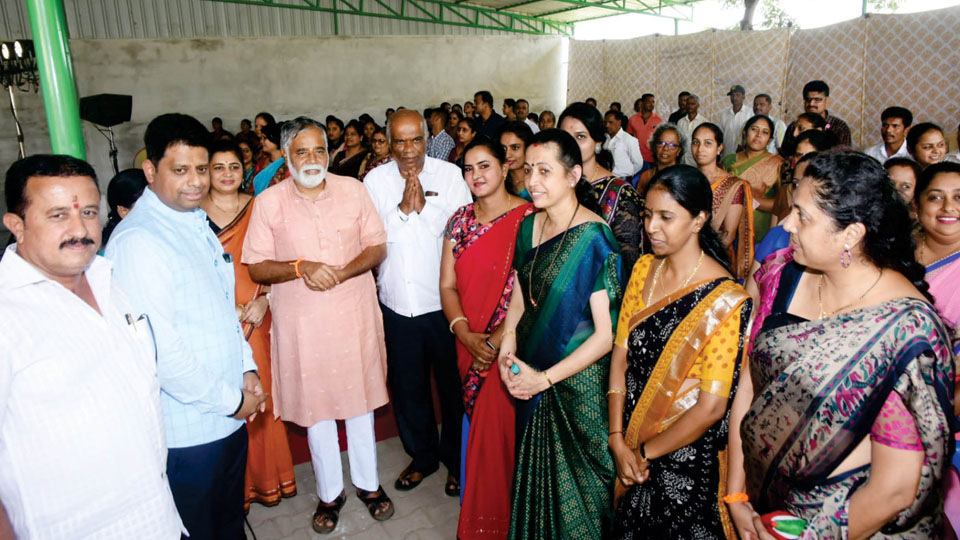 Mysore/Mysuru: Even as the debate continues on the State Government’s decision to revise school textbooks, Minister for Primary and Secondary Education B.C. Nagesh has asserted that there is no question of revision.

He was speaking at the BJP election campaign for the South Graduates Constituency polls at Sharada Public School in Dattagalli here on Tuesday.

Dismissing the allegations of Congress that BJP is attempting to ‘saffronise’ school curriculum, Nagesh maintained that the Congress was viewing everything that the BJP Government was doing for betterment of education, through a different lens.

Noting that BJP is only interested in the future of children, Nagesh wondered how Congress leaders were making allegations without going through the textbooks.

Accusing the Congress of being responsible for any insult to Rashtrakavi Kuvempu, the Minister reiterated that the allegations of leaving out lessons on Narayana Guru, Bhagat Singh, Basavanna, Tipu Sultan and such other great leaders, were baseless. He also lashed out at Opposition Leader Siddharamaiah for targeting Text-book Review Committee Head Rohit Chakratirtha.

Later Nagesh interacted with the school teachers and staff and sought their votes for BJP candidate M.V. Ravishankar.

Meanwhile, the photo of former Chief Minister B.S.Yediyurappa (BSY) has gone missing from campaign banners and posters of BJP, which has caused disappointment among the supporters of the former CM.