Home » Columns » No Wimbledon. No Cinema. Why Live ! 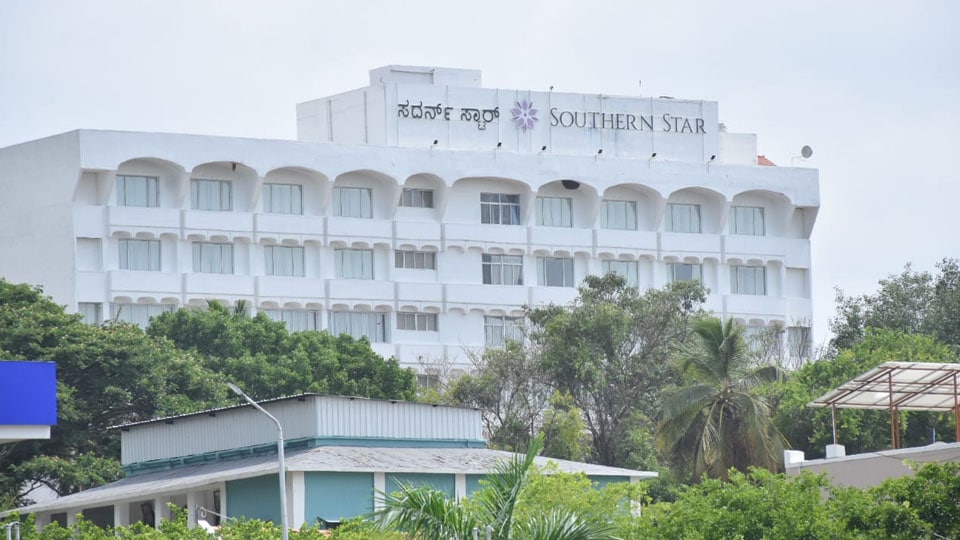 No Wimbledon. No Cinema. Why Live !

Mysuru will never be the same to me again; Southern Star, my home on many a visit, has shut down. Tennis will not be the same again; Wimbledon has been cancelled this year, an outright sin.  A cinema hall will not be a cinema hall again for any of us. How can a self-respecting “hall” live in an age when only 50 people can gather for a marriage and only 20 for a funeral?  Even a prized restaurant will not remain so when social distancing matters more than food.

Before closing, Southern Star said “business has come to a standstill.”  How can business be otherwise when people are scared to travel, scared to eat out, scared to go to places where people gather?  Official sources say India has about 53,000 hotels and 70 lakh restaurants in the organised category and 2.3 crore restaurants in the unorganised sector. A majority of them are seeing business coming to a standstill, although some reputed 5-star brands are bravely saying they are going to prosper. To make things worse, the Government has asked the hotel industry to pay next year’s excise tax now. Typical bureaucratic thinking, but when hotels close down, how will Government get its excise tax?

The same logic applies to other sectors. French Open, the tennis classic, was to take place in May. It did not because the Government banned mass gatherings until July.  Will mass gatherings be safe when the French Open takes place in late September as now scheduled?  Bureaucracy never asks such inconvenient questions.

READ ALSO  Football is for all: Except India

If present indications are anything to go by, mass gatherings are never going to be safe again. Which means that spectator-sports will never be spectator-sports from now on.  Wimbledon and World Cup football tournaments will have to think the unthinkable: Empty galleries as Federer and Nadal, Ronaldo and Messi perform their magic.

Roland Garros where the French Open takes place is famous for its narrow and crammed geography, crafted it would seem to make social intimacy the way of life.  The authorities now think that the 17 courts should keep spectators out for health and safety reasons.  So what can the players do except play before empty galleries. To be fair, won’t the same health and safety factors apply in the dressing rooms and other off-court zones where staff and attenders gather?  Are we entering a phase where spectator-sports will be confined entirely to television?

Similar conundrums are shaking other spheres as well.  Film Producers are releasing their new productions on digital platforms, making distributors and theatre owners indignant.  The Producers Guild of India has worked out guidelines on sanitisation, temperature checks, social distancing formats and even including a medical team in outdoor shooting units.  This will transform the very nature of the film industry.  But even temperature checks and stuff like that have a limit beyond which nothing can be done.  A cinema theatre with 200 seats may admit only 100 people leaving the other seats empty.  Is that sufficient social distancing in a closed environment where everyone inhales and exhales the same air?  If it is air-conditioned air, as is usually the case, the problem gets worse. With half the tickets unsold, how viable will cinema halls be?  Indeed, with no Wimbledon and no Cinema, how liveable is Life itself?

Industry and business will also be less viable under the new enforced restrictions. Some of the best known companies have cancelled some of their most publicised events.  Among these were Facebook and Google and IBM.  According to experts, cancellation of major tech events has already incurred more than 1 billion dollars in direct economic losses. Shifting activities online has helped to some extent.  But they are no substitute to in-person opportunities.

Corona is already making changes in our everyday life. Telemedicine is an idea that has been gaining ground because it reduces person-to-person contacts. Doctors are recommending more do-it-yourself solutions — blood pressure cuffs, home digital stethoscope, medical exam kits.  Similarly, the idea of working from home has been gaining ground because it is considered safer than office where the whole staff collects.

Time will no longer be recorded in terms of the Common Era.  AD and BC, based on Jesus Christ, are gone.  So are CE (Common Era) and BCE. Now everything will give way to a new vision of AC and BC — After Corona and Before Corona.  As Indonesia’s Security Minister put it last week: “Corona is like your wife.  Initially you try to control it. When you realise you can’t, you learn to live with it.”

5 COMMENTS ON THIS POST To “No Wimbledon. No Cinema. Why Live !”