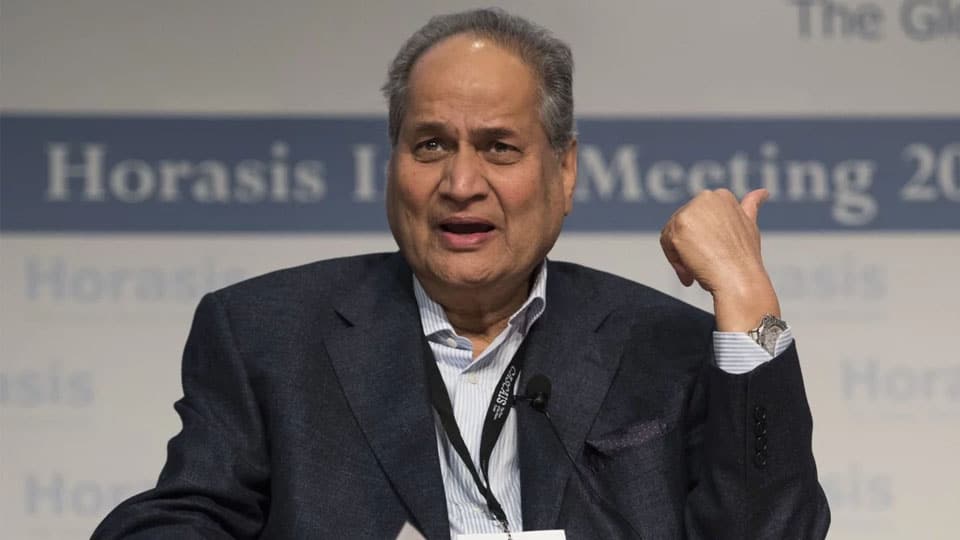 Spreading fear among the People

Rahul Bajaj’s reference to “the atmosphere of fear in the country” has drawn widespread attention.  Newspaper editorials and channel discussions carried its echoes.  Failing to understand the mood of the moment, Nirmala Sitaraman added to the atmosphere of fear by warning that if personal impressions such as Bajaj’s gained traction, it would hurt the interest.

What makes Ministers think that they are the sole guardians of the nation’s interests, and that citizens cannot be trusted to safeguard those interests?  What makes BJP leaders imagine that only in their hands can the national interest be safe?  Ms. Sitaraman will never understand that it is her kind of narrow partisanship that actually hurts the national interest.  When the Government takes the position that those who are not openly supporting its policies are anti-national, it is tantamount to putting a feeling of alienation into the minds of vast numbers of citizens.

From disruption of institutions like the JNU to the enforcement of ideas like the National Register of Citizens (NRC), Government measures seem calculated to instill various shades of fear into the minds of the people.  State power is used to enforce obeisance across the board and to make people feel that bad things can happen to them if they don’t fall in line.  Under State-backed mayhem the once-famous JNU lost its precious independence.  One student leader, Najeeb Ahmed, went missing.  Another, Umar Khalid, lives in fear.  He applied for Police protection, but received no response.  At another extreme, Swami Agnivesh was beaten up after he criticised the Prime Minister.  A BJP spokesman said that “civil society activists are a threat to national security.”  That was his way of giving Urban Naxals and Tukde Tukde Gang the label of anti-nationals.

READ ALSO  Karnad: One man who was many men

In more recent times activists have been held under the Unlawful Activities Prevention Act and National Security Act rules.  Cases under sedition laws have reached a new high.  Business leaders are too cautious to say anything in public.  They can never forget how the Confederation of Indian Industry was made to go down on all fours and apologise for criticism by respected figures such as Azim Premji and Deepak Parekh of the Gujarat riots during Narendra Modi’s Chief Ministership.  Nowadays, only a Bajaj or a Kiran Mazumdar Shaw dare speak their mind because of the prevailing atmosphere of fear.  The latter accused the Modi Government of treating India Inc. as a pariah.  (Standing out among the pariahs, though, were a few super Brahmins like Adani and Ambani.)

The Government’s new approach to citizenship laws is another initiative that adds to the feeling of fear among the people.  The National Register of Citizens was organised in Assam under the supervision of the Supreme Court to track down illegal migrants from Bangladesh.  In practice, however, it is being used to identify citizens, Hindus included, who are critical of the Government and the ruling party.  A large number of Muslims, recognised locally as Indians residing in the country for long have been labelled as migrants and sent to detention centres.  Some of these                                                  cases made headlines because the men had spent their active years serving the Indian Army and Police forces.

A new device that threatens to put citizens on the black list is called the Automated Facial Recognition System.  Officially meant to identify criminals, in practice this becomes the most detailed surveillance system imaginable.  It will create biometric maps of everyone who walks past a CCTV camera on the road, and everyone who has a passport or a pan card with his photograph on it.  Ironically, facial recognition technology is considered unreliable even in the most advance countries.  Wrongly “identified” individuals can be victimised in multiple ways.

The ease with which laws can be twisted has added to people’s feeling of insecurity.  When Ajit Pawar joined hands with the BJP to form another Fadnavis Government in              Maharashtra, the Anti-Corruption Bureau closed nine corruption cases against him.  The Government failed and Pawar broke with the BJP, but the BJP could not re-start the cases already closed.  Pawar won but the people of India were made to feel like fools.

Citizens can never feel safe when the Government has the power to make the guilty innocent and the innocent guilty.   It suits an autocracy to create an atmosphere of fear in the country.  Even the judiciary has been intimidated by the powers that be and Governors turned into party apparatchiks.  When checks and balances are compromised, Democracy is compromised.  When compromising Democracy becomes the preferred aim of a ruling oligarchy, the game is lost.  Can Rahul Bajaj’s words wake us up?

5 COMMENTS ON THIS POST To “Spreading fear among the People”