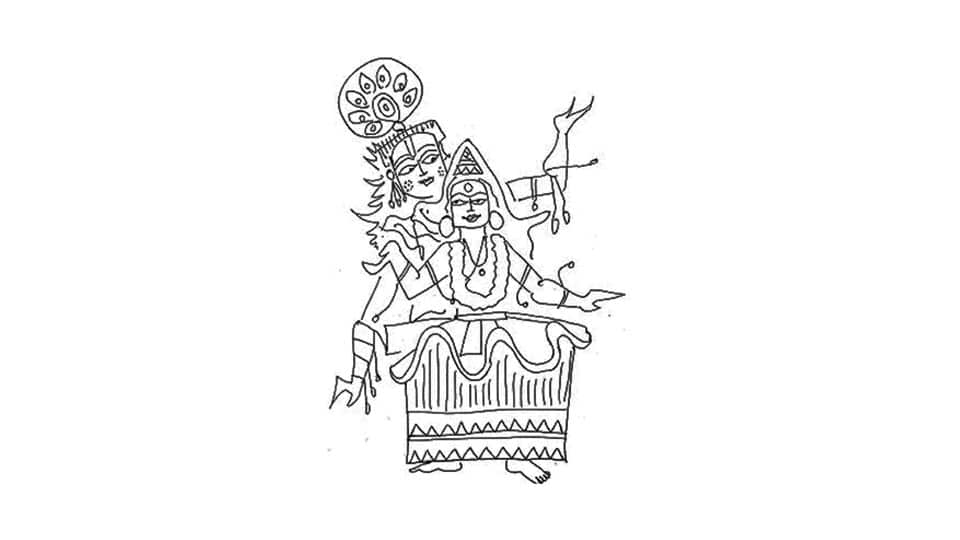 When one speaks of Krishna, one usually speaks of North Indian traditions of Surdas and Mirabai, or South Indian traditions of Andal and the Alwars. Chaitanya Mahaprabhu dominates eastern traditions of Krishna, just as Vallabhacharya and Dyaneshwara dominate the Western traditions. But we rarely pay attention to the North-East of India: Assam and beyond, known from ancient times as Gandharva-desha, and closely connected to the Vedic Goddess Usha, who, as per local legend, taught song and dance to the Gandharvas. It is, as per local legend, the land of Rukmini, who married Krishna; Chitrangada, who married Arjuna; and Usha, who married Krishna’s grandson Aniruddha.

As it happens in India, nothing is homogeneous. Krishna bhakti is practised in Assam as well as Manipur, but the bhakti in both places is very different. When one goes to Assam, one finds the Krishna bhakti propagated by Shankardev, who lived around 500 years ago. But when one travels further east, to Manipur, one finds a different kind of Krishna bhakti, which is based more on Chaitanya’s ideas.

While Shankardev bhakti of Assam values nirguna (formless Krishna) and shuns Radha, Chaitanya bhakti of Manipur values saguna (Krishna form) and celebrates Radha. Shankardev placed greater value in chanting God’s name (eka-nama-sharana) with the attitude of a servant (dasya bhava). In Manipuri bhakti, through dance, great value is placed on the romantic mood of the gopikas for Krishna (madhurya bhava) as a pathway to the divine. Both these forms of Vaishnavism came later, overlaying older tribal traditions as well as Shakta practices.

Shankardev was an educated man. He wrote many songs and plays based on Krishna’s life. Theatre and dance played key roles in propagating his ideas. In ankiya naat of Assam, the performance in the theatre groups established by Shankardev, there are several references to Krishna’s life as the husband of Satyabhama and Rukmini; there is no reference to Radha at all. Unlike Shankardev, Chaitanya did not write anything down. It was his numerous disciples, many of whom chose Vrindavan as their home, who revived the Krishna tradition there. Many students also went to Manipur and so Radha plays a very critical role in Manipuri Krishna bhakti. Chaitanya Mahaprabhu was a contemporary of Shankardev, and was closely associated with Jagannath temple at Puri. Shankardev followed the Advaita form of Vaishnavism, based on the Bhagavata Purana. Here, the whole world is a manifestation of the single divine. This is known as monism. In this, everything in the world is seen as a manifestation of Krishna and there is no room for another, there is no second. The tree in the forest is Krishna. Only ignorance makes us differentiate between the three. This monism was popularised by Adi Shankara 1,200 years ago and was connected to the bhakti way by Ramanuja 900 years ago. It spread northwards and reached Assam via Shankardev about 500 years ago.

Like Shankardev, Chaitanya explains his bhakti through Vedanta, which discusses the relationship between the individual soul (jiva-atma) and the cosmic soul (param-atma). But Chaitanya prefers Bhedabheda that speaks of two halves of the same reality, one represented by Krishna and one represented by Radha. The individual soul and the cosmic soul are one, yet different, like trees in a forest. For all this philosophy, what really strikes us in North-East Krishna bhakti is the value placed on the performing arts to express spiritual longings.

READ ALSO  Evolution of the Devil