Home » News » Now get Birth Certificate at Hospital itself 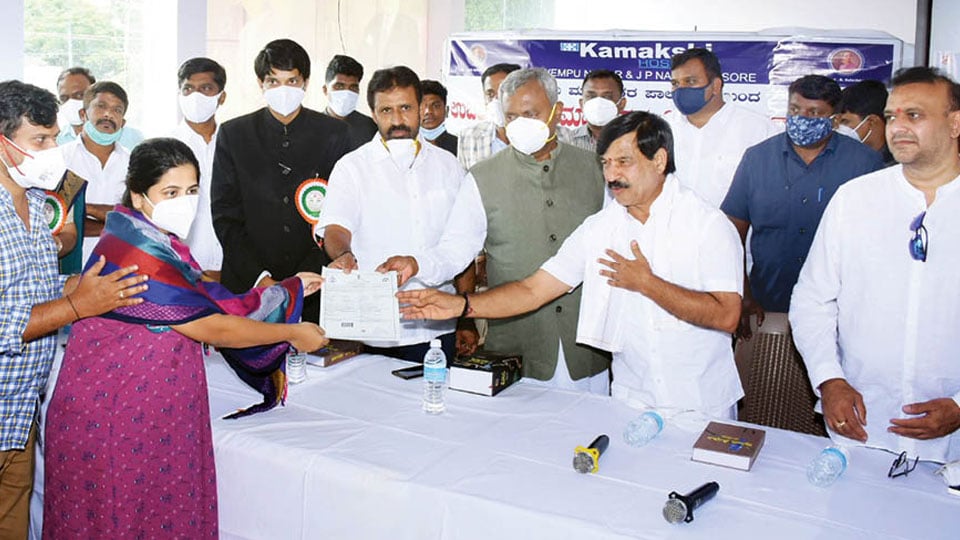 Now get Birth Certificate at Hospital itself

Mysore/Mysuru: From now on, birth certificates can be collected at the hospital where the child is born. This will avoid people running around the offices of Mysuru City Corporation (MCC) to get the birth certificates that is at times a tedious process with non-obliging officers and lack of data on time.

Until now, private hospitals or nursing homes had to report the birth to the MCC within 21 days. The officials, after verifying the reports, issued the birth certificates at the Corporation office. However, only the first copy of the birth certificate will be issued at the hospitals. If required, more copies can be obtained from the MCC.

Minister for Cooperation S.T. Somashekar yesterday launched this scheme started by MCC during an event at Kamakshi Hospital, J.P. Nagar. “The birth certificates of the newborns will be handed over to the parents for free at the time of discharge from private or government hospitals,” the Minister noted.

MLA S.A. Ramdas said that steps should also be taken to issue death certificates at the crematoria and burial grounds just like birth certificates are issued at hospitals.

“This step has been taken to serve parents and give them ease of access to the child’s birth certificate which is an important document for any further immediate process post-delivery,” said a press release from the Hospital.

N.G. Bharateesha Reddy, Vice-President & Unit Head, Apollo BGS Hospitals, said: “‘Patient first’ has been our priority and focus. We constantly strive to provide our patients with the best of our services. This initiative is supportive of the parents of the new born child, especially the working community and we will ensure providing the certificates to them.”