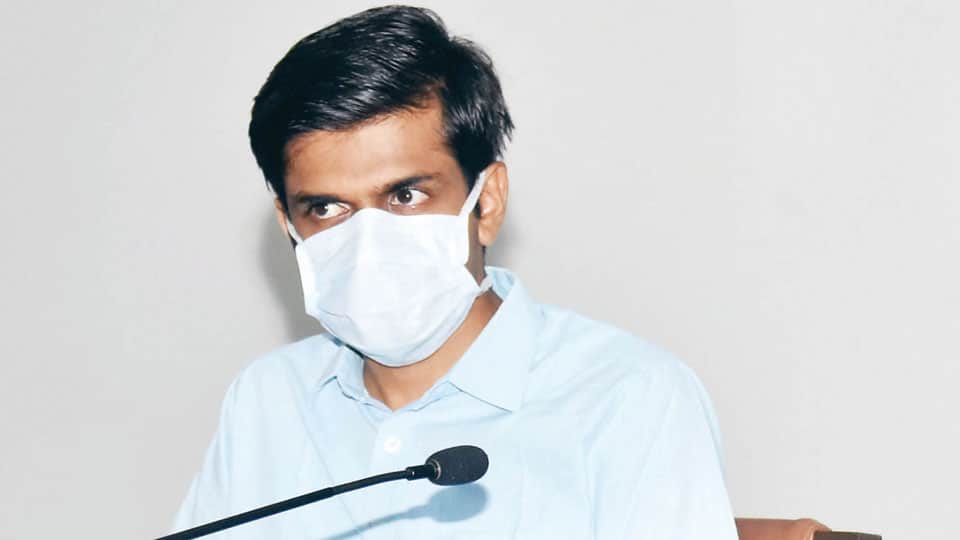 Mysore/Mysuru: Now, the kith and kin can conduct the last rites of COVID-19 deceased as per their customs but under strict Government conditions, said Deputy Commissioner Abhiram G. Sankar at the COVID-19 review meeting held at ZP Hall here yesterday.

Following a Government directive, the last rites of COVID victims were hitherto being conducted by the District Administration in accordance with the protocol. However, as per the latest guidelines by the Centre based on a report that the virus does not spread from COVID-19 dead bodies, the District Administration will allow the family to conduct the last rites of the dead  as per their customs, the DC said.

However, the Government has set certain conditions, according to which the dead must be buried in a 6-ft deep pit after spraying it with disinfectants. Burning the body with firewood is not allowed but bodies can be cremated at electric crematoriums.

Noting that staff from the local Municipality, Town Panchayat and Revenue Department will be present during the conduct of last rites, the DC said it is mandatory for everyone performing last rites to wear Personal Protection Equipment and the kith and kin, numbering not more than 10, can watch the rituals from a safe distance of more than 10 ft.  The officials present will submit a report on the procedures carried out, he added.

The District Administration used to receive many complaints on keeping the family away during last rites of COVID deceased. But following the Union Government’s guidelines, the Administration has permitted the near and dear ones to take part in the last rites, he noted.

Continuing, the DC said that hearse vans of the MCC can be utilised for transporting the body to burial grounds or crematoriums within city limits. However, in case of rural areas, the family must make their own arrangements for shifting the body.

After the last rites, the staff of the respective burial ground or crematorium have to submit a report to the District Administration on the procedures followed, the DC added. The meeting noted that the electric crematorium at Jayanagar which was built over 7 years ago is yet to be utilised.

District Minister Somashekar, who chaired the meeting, directed the officials to submit a report on the status of the crematorium and take necessary action to  utilise the crematorium.

ONE COMMENT ON THIS POST To “Now, kith and kin of COVID dead can conduct last rites: DC”