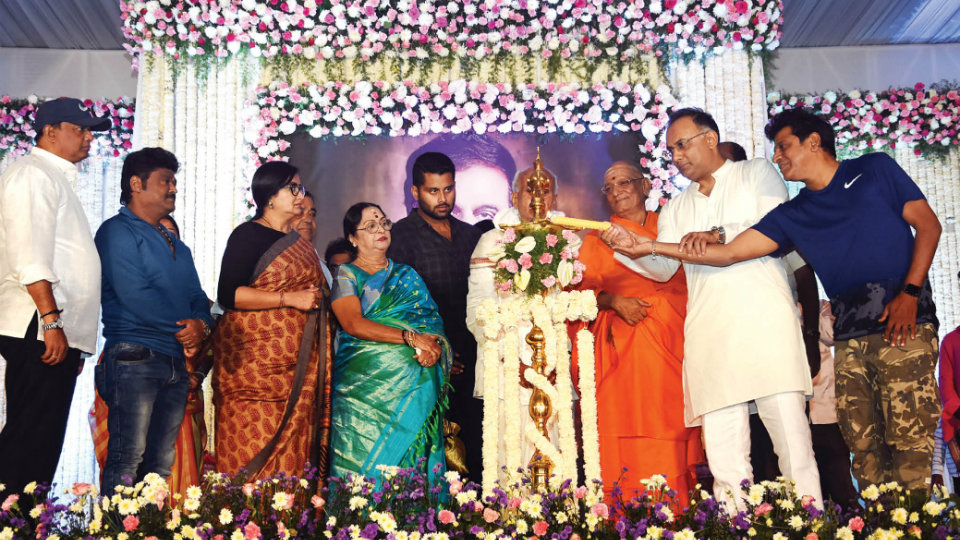 Inaugurating the programme, KPCC President Dinesh Gundu Rao hailed Ambarish as a unique personality and different from an usual politician.

Recalling Ambarish as her younger brother, senior actress  B. Saroja Devi said that Ambarish was first an actor and then a politician.

Actor Shiva Rajkumar opined that Ambarish would be alive in the minds of all actors.

Director Yogaraj Bhat recalled Ambi through the lyrics of the song Bombe adsonu.

Speaking in a choked voice full of grief, Ambarish’s wife and actor Sumalatha thanked the people of Mandya for their support and love for Ambi and sought the same for their son Abhishek Gowda.

Interestingly, many politicians were absent for the programme.

Continuing the Charity concept initiated by Ambarish, Sumalata and Abhishek handed over cheques of Rs.30,000 each to the families of 30 people who lost their lives in the bus tragedy at Kanaganamaradi in Pandavapura taluk recently.