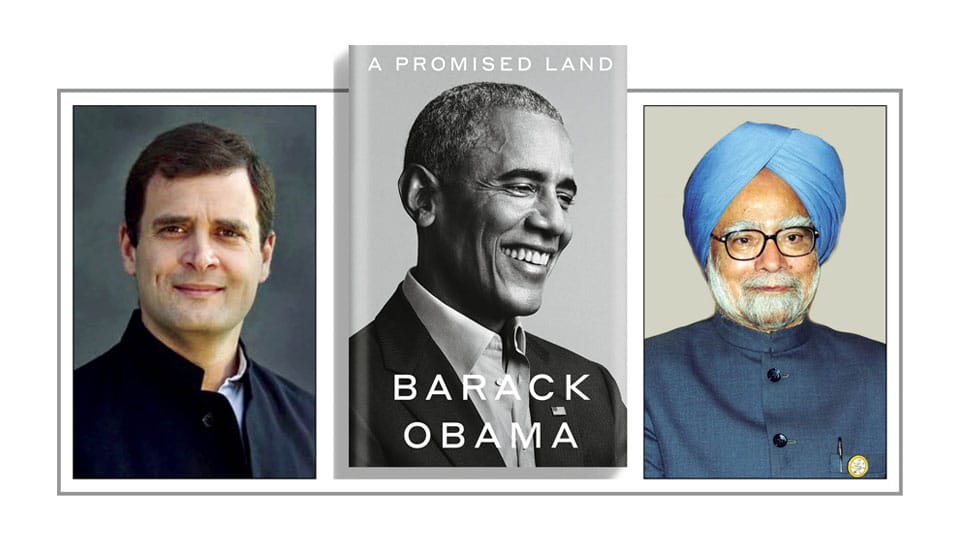 Suddenly the Senior Congress leaders are voicing their dissent against their party in the media! Ironically, earlier the same leaders encouraged the suspension of their party colleagues who indulged in such “introspective” acts because it was seen as trying to undermine the Gandhi family.

Where did these Senior Congress leaders suddenly find such courage?! And is it truly to reform the party or is there an agenda, one wonders?

Because for two decades the Congress has been burdened by these elitist politicians who could neither win elections nor get votes for the party nor improve its internal structure but now this sudden call for “renovation”? Is it because they sniff a position next to the Gandhis’ open?

Does this sudden “enlightenment” have anything to do with the Covid patient in bed number 26 in ICU number 6 at Medanta Hospital in Gurgaon? After all, the most indispensable Gandhi loyalist and Party Treasurer Ahmed Patel has been in the hospital for over a month, so his position is vacant.

But then, they all know that none of them can ever fill Ahmed Patel’s shoe, be it his ability to forge alliances, manage Congress funds or submit unconditionally to the first family of Congress. Ahmed Patel has no ego or aspirations that threaten the Gandhis, but these elitist leaders do, so they will never replace Ahmed Patel.

In fact, Obama in his book, ‘A Promised Land’ observes exactly that of the Gandhis when he says “Singh’s elevation as Prime Minister, sometimes heralded as a hallmark of the country’s progress in overcoming sectarian divides, was somewhat deceiving. He had not originally become Prime Minister as a result of his own popularity. In fact, he owed his position to Sonia Gandhi — the Italian-born widow of former Prime Minister Rajiv Gandhi …who anointed Singh. More than one political observer believed that she would choose Singh precisely because as an elderly Sikh with no national political base, he posed no threat to her forty-year-old son, Rahul, whom she was grooming to take over the Congress party.”

Well, the grooming has been going on and on to a point where there has been an  ‘infantalising’ of Rahul Gandhi. He has been called an Amul Baby, he has been told to get married and settle down, his speeches have been called immature, he has been told that he has a fixation for balloons and toffees like children. So over the years, he has been reduced to a man-child. A political peter-pan. Rahul Gandhi at 50 has been in the business of politics for a long time now but he still does not get it. Politics is about taking responsibility and facing up, not passing the buck, which he has done so far.

But the question remains what is it that is making Congress leaders call for internal reform and democracy now? Our guess is, they got their courage from the “Obama Certification” of Rahul Gandhi.

Congress is viewed as a party that  craves “validation of Western leaders and Governments.” So did the Congress Senior leaders muster up the courage after former US President made unflattering observations about Rahul Gandhi in his book ‘A Promised Land’  where he observed, “There was a nervous, unformed quality about him, as if he were a student who’d done the coursework and was eager to impress the teacher but deep down lacked either the aptitude or the passion to master the subject.”

It seems politics has been unkind to Rahul Gandhi.  Guess, politics is not in his ‘raashi.’ But it seems it’s not even in his blood. As one Minister observed that the blood group of the former Prime Ministers Indira Gandhi and Rajiv Gandhi was ‘O’ negative. Unfortunately, Sonia and Rahul belong to ‘O’ positive blood group, which explains their inability to become PM. Priyanka Gandhi is ‘O’ negative, but she too seems to have failed. So we guess the Congress party needs some new blood other than the Gandhis’ to lead it to victory.

While Obama did not have much appreciative words for the Gandhis, he had quite a bit of respect and appreciation for Dr. Manmohan Singh, where he says he was a man of “Uncommon wisdom and decency” and “Maintained a well-earned reputation for not being corrupt.” This Certification by Obama might be misplaced if one recalls Dr. Singh’s last press conference.

The former Prime Minister in his last press conference as PM when in the context of corruption was asked, “Did he ever feel like resigning?” he replied, “I never felt like resigning at any time.”

If indeed he never ever thought of resigning then he hasn’t been honest to himself, let alone to the press or the Indian people. How can one never feel like resigning, especially when he is a man of integrity, and everyone around him lacks it? Sometimes tolerating corruption is considered abetment. So again, Dr. Singh may have impressed Obama with his personal  integrity, but his tolerance of it by his party colleagues did not impress India nor its electorate.