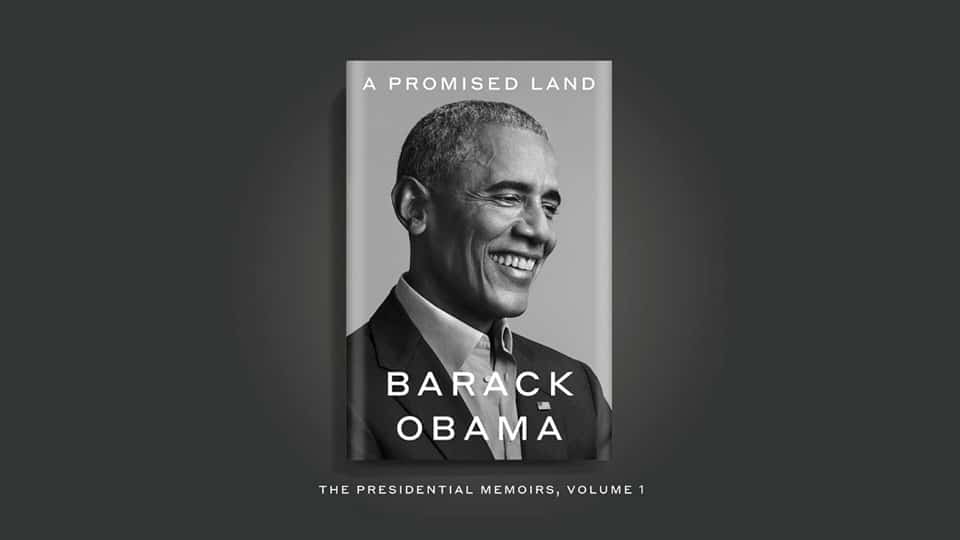 Obama: Legacy of a civilised mind

Barack Obama’s autobiography caught attention in India because of his remark on Rahul Gandhi and “the nervous unformed quality about him.” In the process, the sheer grandeur of the book, “A Promised Land,” escaped attention. Actually, the Obama opus is a classic, in the range it covers, in its analytical depth, and in the literary quality it displays on every page.

Among other things, Obama is a writer. That is, a writer to whom writing comes. He has something to say and he says it with ease, with confidence and with the finesse of a man to whom writing is a vocation.  See how Russian ruler Putin is put in a single sentence: “Physically, he was unremarkable: short and compact — a wrestler’s build — with thin, sandy hair, a prominent nose and pale, watchful eyes.”

The reference to India is more comprehensive than the description of Rahul Gandhi may suggest.  Having engaged with India at different levels and for a fairly long time, Obama examines how modern India counted as a success story, but does not fight shy of mentioning the “bitter feuds within political parties, various armed separatist movements and all manner of                             corruption scandals.”

It is interesting that in a book published in 2020 and with lengthy segments on India and Indian leaders like Manmohan Singh, there is not even a passing reference to Narendra Modi and what he has meant for India. Modi Narendra is not even an item in the index while Singh Manmohan figures in several pages. It may be that Modi Narendra is seen as a wholly domestic phenomenon and perhaps the world expects India to rediscover its universalist soul after the eclipse has passed. One thing is clear: History has given to India an inspirational role in international relations: the Gandhi Nehru impact on the world was substantial. India’s current abridgement to a smaller religion-based entity is not yet seen by the world as something that overrides the country’s acknowledged legacy. In other words, the world sees India as larger than Narendra Modi and what he      hopes to impose.

Obama is full of praise for Manmohan Singh. “Like me, he had come to believe that this was all any of us could expect from democracy, especially in big, multi-ethnic, multi-religious societies like India and the United States.” Then he focuses on the peculiar problem of India and asks “whether those impulses — of  violence, greed, corruption, nationalism, racism, and religious intolerance, the all-too-human desire to beat back our own uncertainty and mortality and sense of insignificance by subordinating others — were too strong for any democracy to permanently contain.”  There was a warning against “a charismatic leader [who] chose to ride the wave of people’s fears and resentments.”

Manmohan Singh was the architect of India’s emergence as a market-based economy although it was P.V. Narasimha Rao who put him in charge of doing so. Obama gave Manmohan Singh the credit that was due to him.  He described Singh not only as a man of “uncommon wisdom and decency” but also as “a self-effacing technocrat who had won people’s trust not by appealing to their passions but by bringing about higher living standards and maintaining a well-earned reputation for not being corrupt.”

Obama did not fail to record the intricacies of Sonia Gandhi politics. She backed Manmohan Singh, he said, “because as an elderly Sikh with no national political base, he posed no threat to her 40-year-old son Rahul.” Sonia’s power, he said, “was attributable to a shrewd and forceful intelligence.” His summing up of India ought to make us think.  “Despite its genuine economic progress,” he says, “India remained a chaotic and impoverished place, largely divided by religion and caste, captive to the whims of corrupt local officials and power brokers, hamstrung by a parochial bureaucracy that was resistant to change.”

Candidness and analytical brilliance make the Obama view of the world relevant to everyone. It is a treatise on democracy, how it has to be earned and how it can be lost.  He writes in longhand; not on computer because “a computer gives even my roughest drafts too smooth a gloss and lends half-baked thoughts the mark of tidiness.” By using pen and paper, he gives his thoughts a chance to mature into considered ideas. What we get in the end is an inspirational Obama whose straightforwardness stands out as his most attractive quality.  Obama enriched not just American history.  Every culture in the world, every nation, gained from his thoughts, from his actions, from his civilised mind.