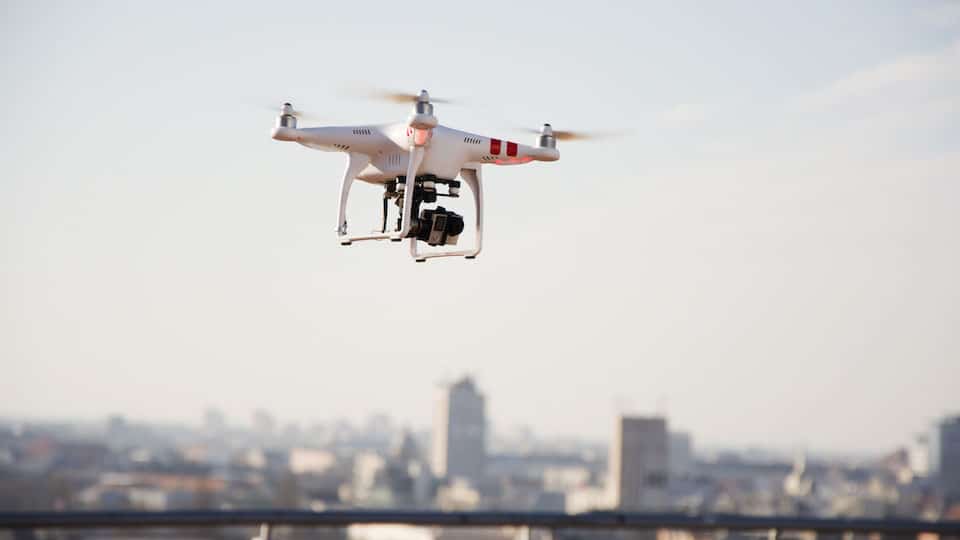 Yesterday morning when I saw my newspaper headline I almost choked on my own laughter. Although we are told that it is a good thing to start your day laughing since we can never say how the rest of the day may turn out, it was no laughing matter that I was reading about.

It appears our very smart and tech-savvy Government that has somehow not been smart enough to figure out how it should survive its own coalition predicament, is now considering the use of air-borne drone cameras to assess the condition of our rural roads. This it will naturally do only at great cost because all smart innovations today necessarily come only at a price that should seem to do full justice to their smartness. Since our Government itself lacks the technology for undertaking this study and since this is the era of outsourcing things at astronomically inflated costs, ostensibly to bring down costs, this job too will be outsourced to an external private agency. It looks like some very smart Alec, standing strategically close to the Vidhana Soudha with the right connections, has decided to make hay while the sun shines and the Government lasts, which may not be very long! And, someone in the corridors of power too has certainly been tempted to taste the ambrosia offered by this proposal.

I am bold enough to say this because I have seen what has happened to the much-hyped smart traffic monitoring system that was implemented at great cost across our towns and cities a few years ago which worked only for a few months. We were told that this replica of how the rest of the developed world ensures safety on its roads would replicate the same safe situation on our roads too. But when we look at it now we find that the whole system has collapsed and traffic offenders are thumbing their noses at it and our Government too in every one of the cities where it was introduced.

Very sadly, no one is questioning the Government about why it went in for this technology and then allowed it to go waste when it could have helped us if only it had been managed efficiently. But even if someone is responsible enough to question it today I’m sure our Government will come up with the ready answer that it was a decision taken by the previous Government! We routinely hear this refrain these days and this is the most convenient answer that most Governments now have for all inconvenient questions.

Let alone the smart traffic management system, our Government has not been able to keep most of our traffic lights functioning which it acquired recently at great cost and whose maintenance it has outsourced to private agencies. We are told by reliable sources that they have all stopped working simply because the Government has not been paying the bills regularly to the agents. Smart things are good only for smart and responsive Governments and technology works only if Governments work too. That is why millions of Indians who work abroad meekly transform into law-abiding citizens and follow traffic rules while working in countries other than our own. They know very well that the message of the hefty fine for their slightest peccadillo on the road will reach them before they reach home!

In some countries the penalty amount is even deducted from their bank accounts instantly even before they realise that they have committed an offence! If they think that they have not erred, they can only appeal against it much later. And, that is only if they have the evidence and the guts too! Once they come back home these very same law-abiding people think nothing of over-speeding, overtaking, changing lanes, honking or parking as they like, simply because our system and our mindsets fall short of international standards.

In our country, despite having smart tags we find vehicles queuing up endlessly at our toll booths simply because the technology that supports this smartness is not maintained in a working condition. Even the sound and light show at Hampi, our famed world heritage tagged site has not been functioning over many years because our Tourism Department has not been paying its electricity bills promptly. Sadly, this reason is being proclaimed loudly over the years by the locals to all the tourists, both domestic and foreign who visit the place. Can anything be more shameful than this?

Why do we need prohibitively expensive, smart technology to do ordinary things that can be managed with simple common sense? Instead of employing drones can we not heed to the complaints of bad roads that are brought in by our villagers and pay prompt attention to them at the local level? Can we not depute two people in each taluk to drive across the roads on a moped or motorbike and make notes of the road conditions and report them to the district headquarters?

We are certainly not surveying roads in a war-zone where we need the help of drones to ensure safety of lives of our road engineers and other staff. Widespread announcements that citizens can simply send their complaints, supported by pictorial evidence on WhatsApp and the reassurance that they will be attended to promptly should do a great job of solving people’s problems. Ever since such a service was started by SOM it has been hugely popular with readers and has been successful in eliciting corrective action by our civic authorities and Traffic Cops too.

When this has been working at our local level there is certainly no reason why it should not work across the length and breadth of our State too. Citizens should ask our Government to first come up with a white paper, without any black spots of falsehood, of course, about how much it has spent on introducing the smart traffic management system and outsourced traffic lights across the State along with a report by independent monitoring agencies about their present state of health and how much good they are doing us. Our Government should be prevailed upon to do this before it ventures to burn its hands and more importantly our money in its latest misadventure !