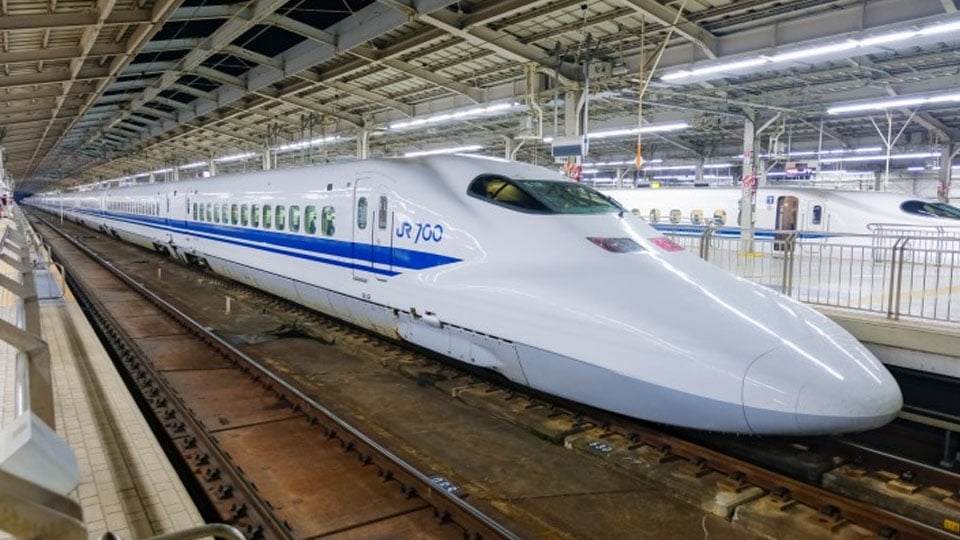 On a Bullet Train Ride in Japan

Reading Vikram Muthanna’s article “Train’s coming…Mysore changing” in his column “In Black & White” published in SOM dated Aug.1, I am reminded of my experience of riding a Bullet Train in Japan.

In April 2014, we went on a short holiday to Japan. After sightseeing in Japanese capital Tokyo we wanted to experience the famed Bullet Train. Our local guide helped us board a local train which took us to the Tokyo Main Station from where we boarded the Bullet Train.

We had heard stories of how Japanese train always ran on time and were looking forward to see if it arrives on the dot. Our train was supposed to arrive at 9.15 am and it did exactly on the dot. It seems per year on an average Japanese trains are delayed just by 39 seconds!

Once the train started, the ticket examiner appeared at the doorway and first thing he did was bow (equivalent of our Namaste). Then he made an announcement and bowed again!

He then went to each seat, bowed, checked the ticket and as he returned the ticket, he bowed again. After checking the tickets of all the passengers in this compartment, he walked all the way to the front, turned around and bowed once again as he thanked us before moving to the next compartment!

The ride was excellent and it took less than two-and-a-half hours to travel 510 kms with three two-minute stops!

In spite of the speed, we did not feel any vibrations but felt like we were gliding on air. As expected we arrived on time.

It was obvious to us, with the packed trains, that it had aided in urban sprawl as much as economic boom so we Mysureans should be cautious about how our city develops as the new airport, high speed train and ten-lane highway brings in more people and industries into our city. As the article says — Development is inevitable, but chaotic development should not be acceptable.